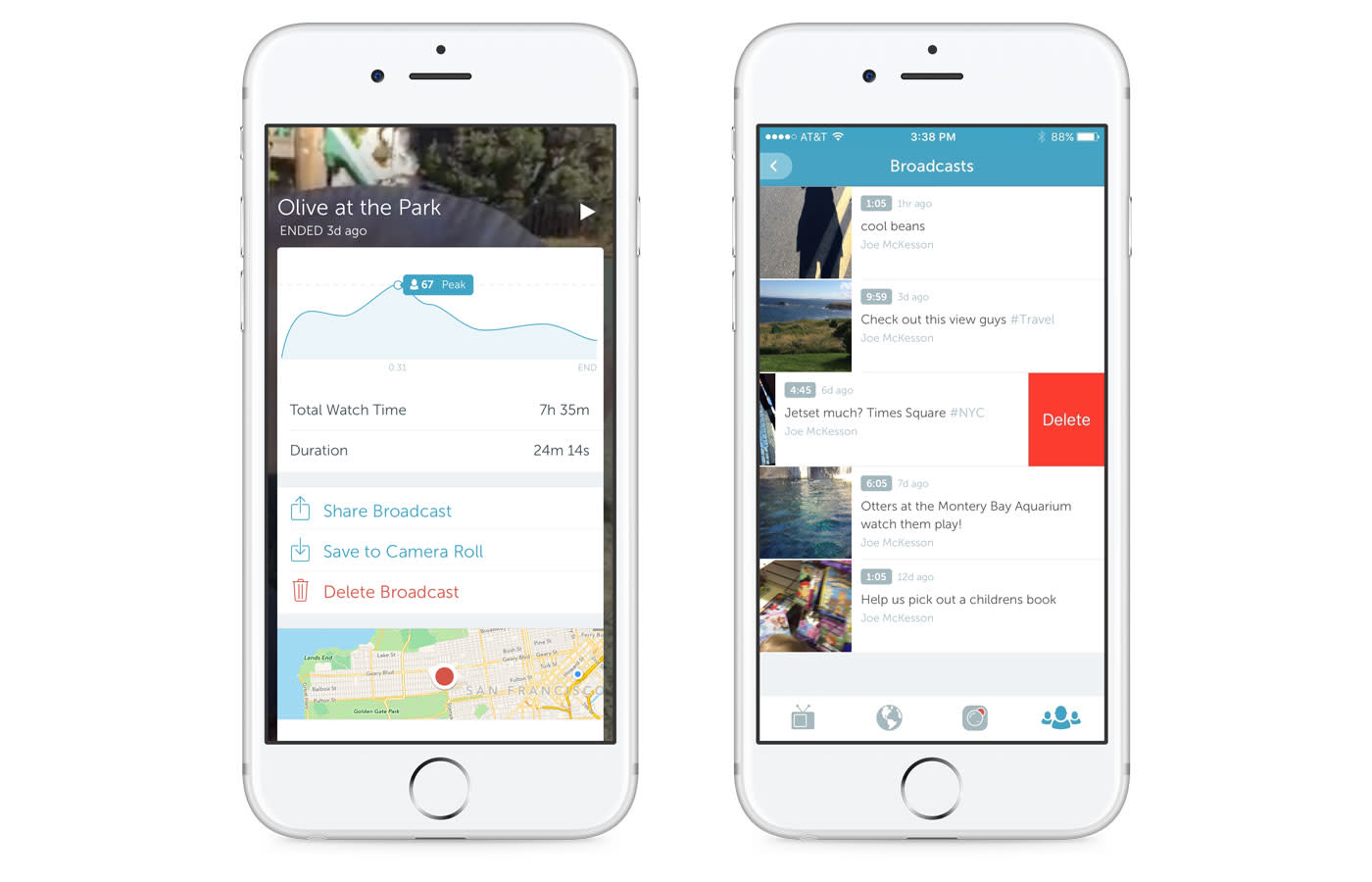 Earlier this month, Twitter's live-streaming app Periscope began testing saving broadcasts for more than 24 hours. During that beta phase, you had to include #save to trigger the feature. Permanent saves are now available for everyone by default, and you won't need to use that hashtag to make it work. Likes and comments are saved along with the video footage, so you'll be able to gauge reactions afterwards as well.

If you still want those video to disappear after a day, don't worry: you can still do that. You'll need to adjust the save settings inside the app, but the temporary option is still available if you prefer it. The new method for saving follows improved search and streaming from DJI drones, all of which were first announced at the beginning of May.

It's here! Update your Periscope app to permanently save your broadcasts by default (no #save needed). pic.twitter.com/Tv8O48jImQ

In this article: app, broadcast, gear, internet, livestream, livevideo, periscope, save, services, sfotware, social, twitter, update, video
All products recommended by Engadget are selected by our editorial team, independent of our parent company. Some of our stories include affiliate links. If you buy something through one of these links, we may earn an affiliate commission.