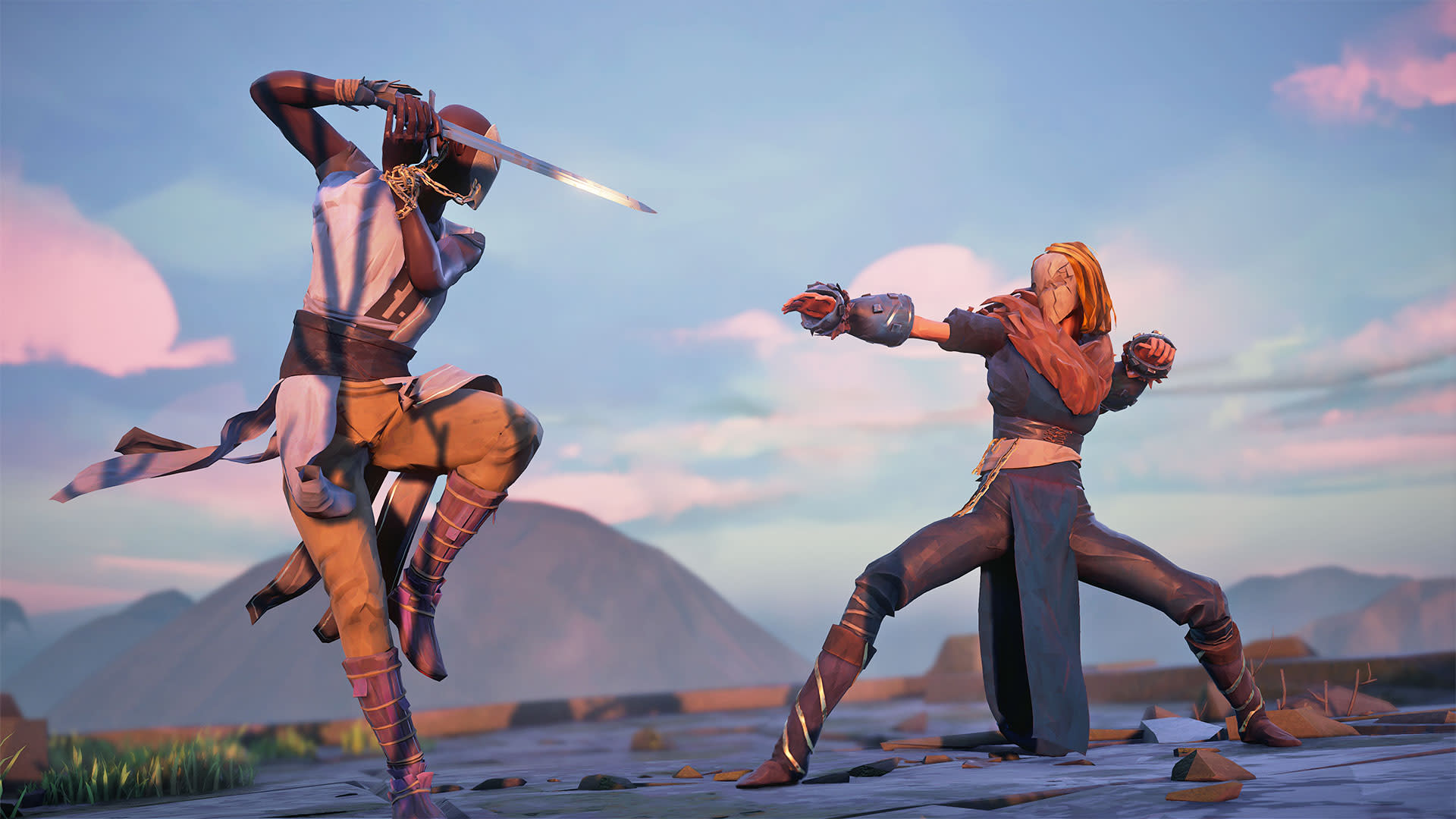 Indie studio Sloclap has teamed with Devolver Digital on a new melee-based MMO, dubbed Absolver. The game is currently scheduled for release on both consoles and PC some point in 2017.

It follows the standard RPG trope format wherein a player's neophyte character joins an organization -- in this case, the "Absolvers" who maintain world stability through combat -- and must advance through the ranks by clearing dungeons. You know, just like your first job out of school. The game will include both PvE and PvP arenas and offer all sorts of upgradeable/customizable gear. Everything from armor and weapons to combat styles and even individual attack sequences can be tweaked to the player's preference -- fingers crossed for a One Punch Man skin.

But what really sets Absolver apart from other MMOs is its utter lack of firearms. From what you can see in the reveal trailer above, characters will have access to swords, staves and maybe even some magic but projectile weapons appear strictly verboten. Also looks like players will be able to assemble themselves into mobs for large-scale PvP rioting. We'll get a better look at the action at E3 where Devolver Digital will host hands-on demos.

In this article: Absolvers, Console, fighting, gaming, internet, MMO, PC
All products recommended by Engadget are selected by our editorial team, independent of our parent company. Some of our stories include affiliate links. If you buy something through one of these links, we may earn an affiliate commission.