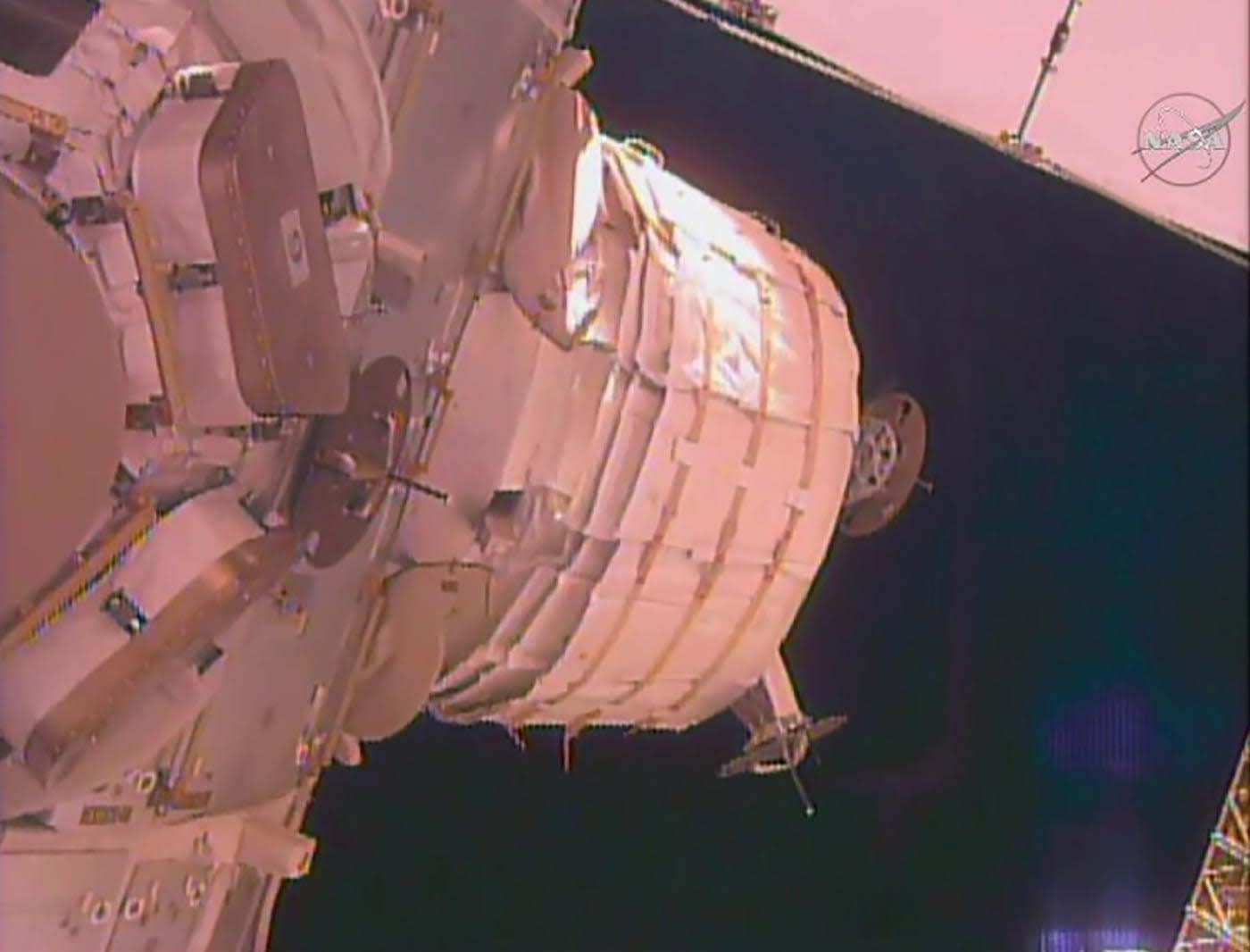 NASA hopes that expandable habitats could dramatically expand livable space on the space station and Mars, but yesterday's first test on the ISS failed. Today, NASA and habitat builder Bigelow Aerospace announced the cause of the problem. After being packed away for an extended time, friction between fabrics increased pressure to unpredicted levels, endangering the habitat.

The first three steps of the test went off smoothly, but then the habitat failed to fully inflate. While trying to manually expand the habitat, known as the Bigelow Expandable Activity Module (BEAM), it encountered higher forces and pressures than anticipated. In a Facebook post, Bigelow Aerospace explained that the BEAM was packed away for 15 months before attempting to expand, 10 months longer than planned.

Because of this extensive storage, Bigelow said that "there is a potential for the behavior of the materials that make up the outside of the spacecraft to act differently than expected." According to Space News, a Bigelow Aerospace engineer said that the fabric material's "memory" takes longer to reform into its intended shapes the longer it's compressed and packed away.

NASA scientists are already including the additional pressures in a new unfolding procedure, which they plan to test tomorrow and will stream live on their site at 9:00 AM ET. If that doesn't work, they'll deflate the habitat and try again at a later date. If NASA can safely inflate it, they plan to use it for a two-year experiment to determine whether it's safe for astronauts. Unfolded, the BEAM is seven feet long and 7.7 feet in diameter, but fully inflated it is 13 feet long and 10.6 feet in diameter. This makes it somewhat smaller than the Unity module, which is 15 feet in diameter and about 18 feet in length but seven times heavier than the BEAM's 3,000 pounds.

In this article: beam, BigelowAerospace, inflatablehabitat, iss, nasa, science, space
All products recommended by Engadget are selected by our editorial team, independent of our parent company. Some of our stories include affiliate links. If you buy something through one of these links, we may earn an affiliate commission.