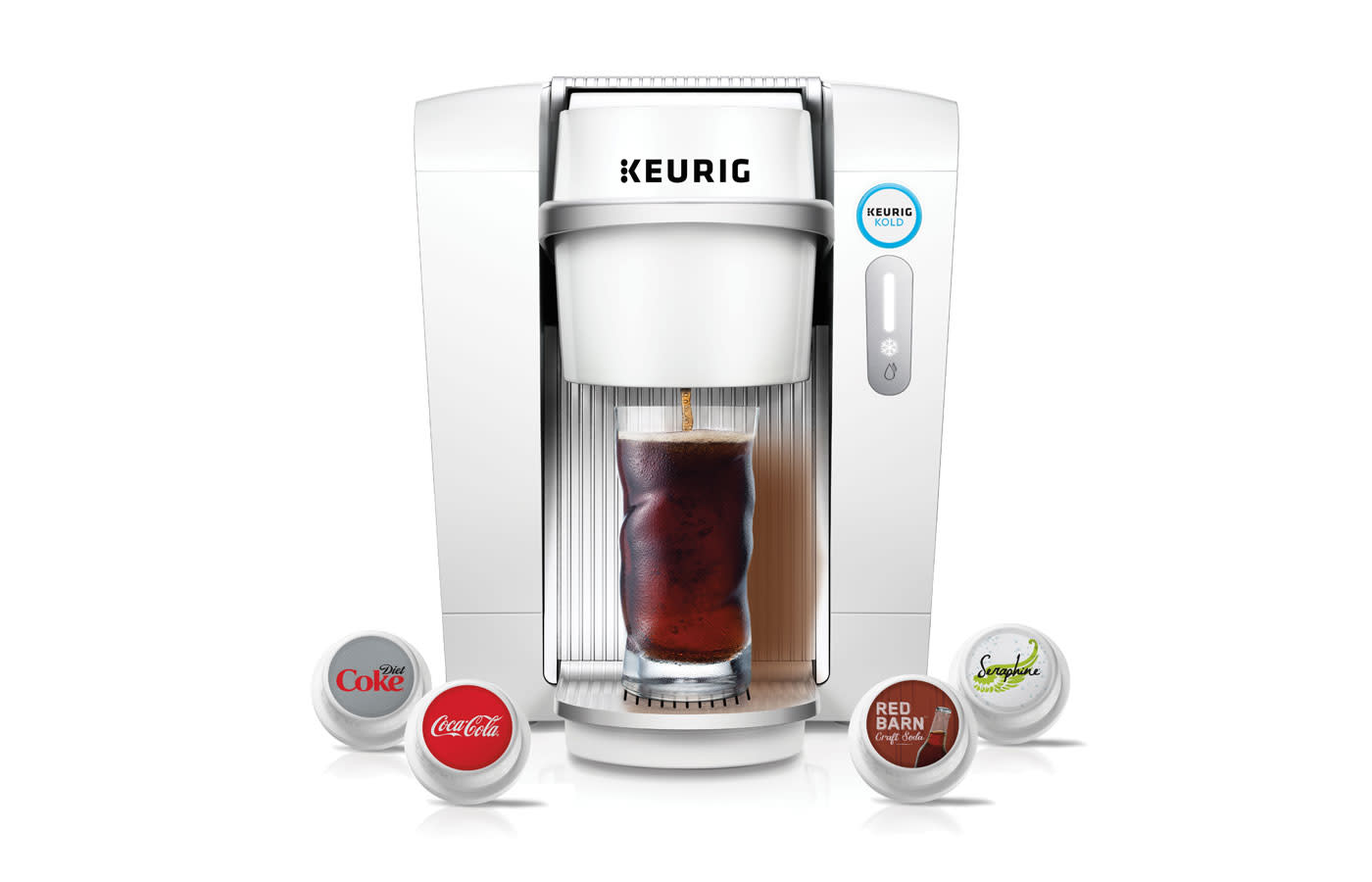 Keurig may have locked up the rights to let you make your own Coca-Cola, Dr. Pepper, Snapple and more, but it wasn't enough to get the company's Kold machine into homes. Keurig Green Mountain announced today that the counter-top device was being discontinued after being on sale for less than a year. What's more, current customers can ask for a refund of the purchase price. For those willing to ride it out, the single-serving Kold pods are now available at a discount.

When it debuted last fall, the criticism of Kold mostly centered around its $370 price and the time required to make one glass of the beverages. They also didn't taste nearly as good as the sodas we're accustomed to during our time with the device, even though name-brand pods were available. The company revealed that layoffs would be part of the move, affecting 130 employees. Most of those worked at a facility in Vermont where the Kold machine's pods were made. Exact reasons for giving up on the soda makers wasn't disclosed, but Keurig did say that it plans to apply what it learned through the project on future beverage products.

In this article: gadgetry, gadgets, gear, home, household, keurig, keurigkold, kold, soda, softdrinks
All products recommended by Engadget are selected by our editorial team, independent of our parent company. Some of our stories include affiliate links. If you buy something through one of these links, we may earn an affiliate commission.