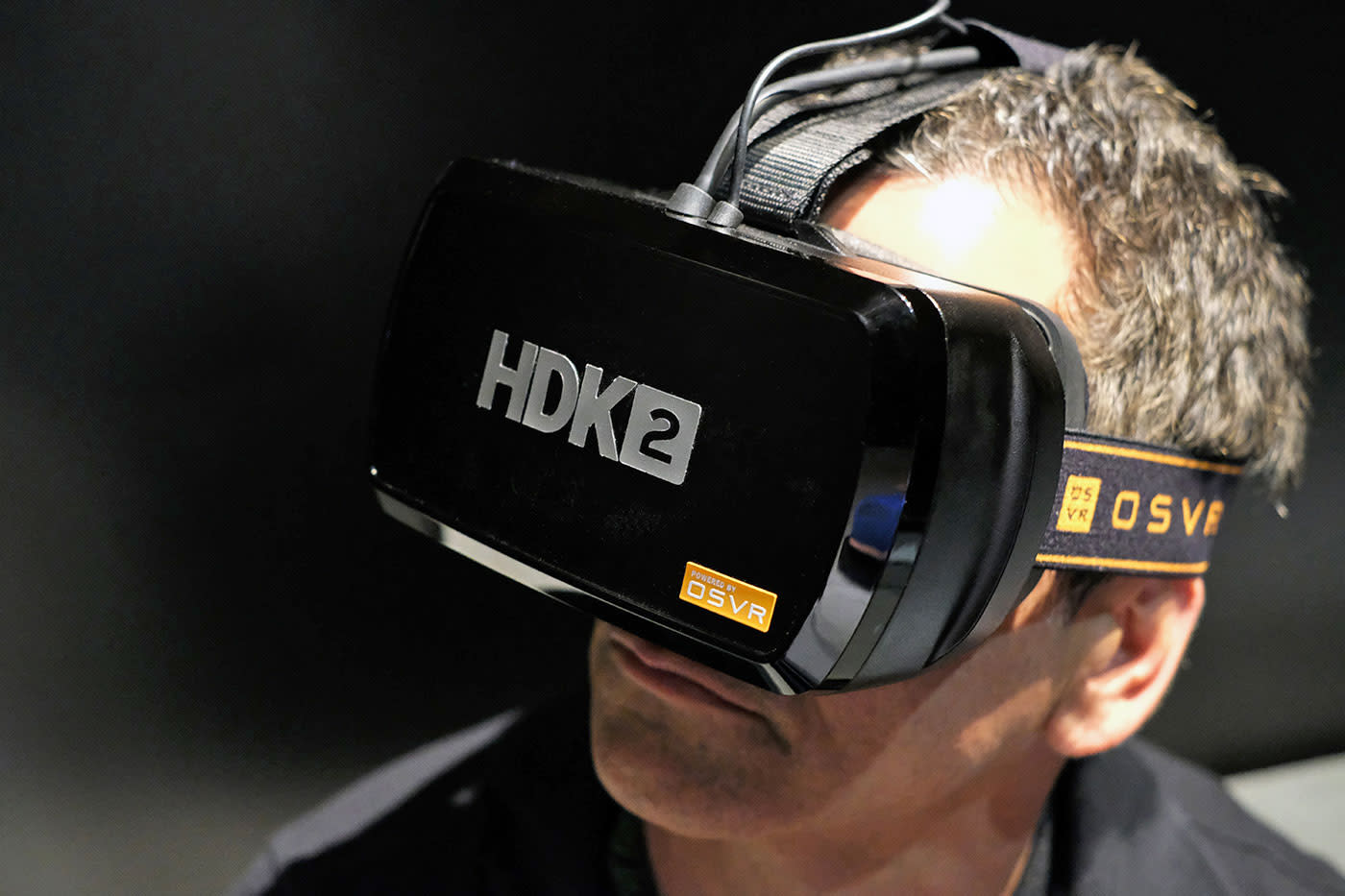 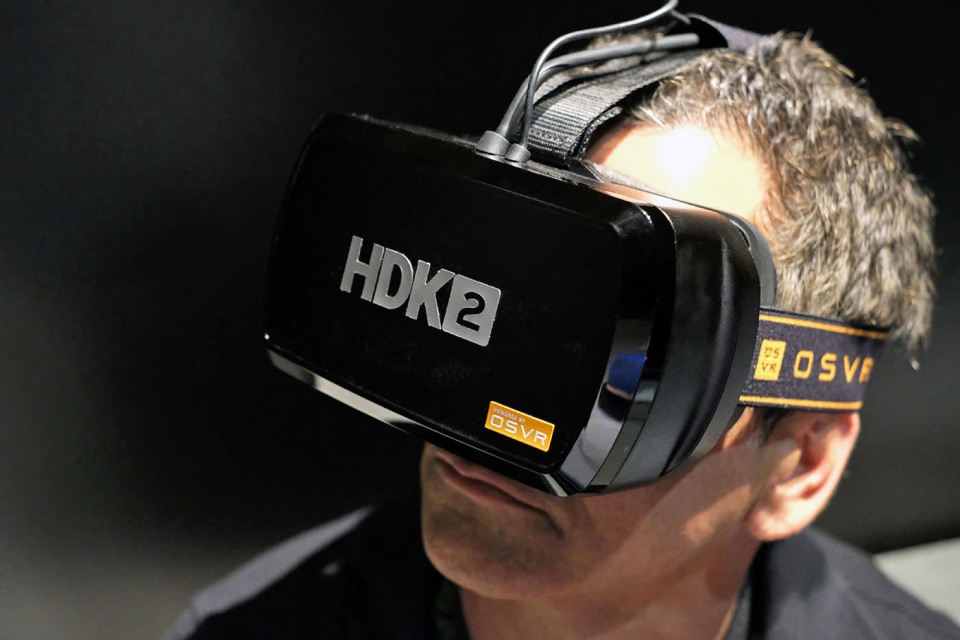 When Razer announced the latest version of its HDK ("Hacker Development Kit") virtual reality headset, it positioned it as a competitor to premium devices like the Oculus Rift and HTC Vive. On paper, that's very much true: The HDK 2.0 has a 2,160 x 1,200 low-persistence OLED panel, a 110-degree field of view and a 90Hz refresh rate. It also has a low price of $399, which is way less than the Rift's $599 and Vive's $799 (both headsets come with accessories that go a way to explaining the price difference).

We tried on the HDK 2.0 for a quick game, and weren't completely sold own the experience. Despite those lofty specs -- numerically on par with both the Rift and Vive -- the display didn't match the quality of either of the more established sets. That said, it did offer a clear advantage over PSVR, which is to be expected given the improved resolution it offers.

Our social media editor, Mallory Johns, donned the HDK 2.0 for a play season of Redout, an F-Zero-esque space racer. Mallory's been around the VR block, with hours of playtime logged on the Vive, Oculus, PSVR and Gear VR, but despite the 90-frames-per-second refresh rate, she found the experience nauseating, thanks in part to the lenses not playing well with her short-sightedness.

In terms of build quality, the HDK 2.0 feels very much a generation behind. It's comfortable to wear, thanks to its lightness, but it's more comparable to Oculus' Crystal Cove headset rather than the finished article. There's also the issue of compatibility. Valve supports the HDK (and OSVR in general) through Steam, so technically anything the Vive can run, HDK can as well. But with only a tiny infrared tracker, and no dedicated motion controls. This is a problem that can be solved in the future or with third-party add-ons, though.

Being a little rough around the edges is to be expected -- OSVR is an ongoing project, and this is a development kit -- but if you were looking for something comparable to the Vive or Rift in terms of quality on a budget, don't expect the HDK 2.0 to be without compromise. In this article: av, e32016, gadgetry, gadgets, gaming, gear, hands-on, hdk2, osvr, razer
All products recommended by Engadget are selected by our editorial team, independent of our parent company. Some of our stories include affiliate links. If you buy something through one of these links, we may earn an affiliate commission.