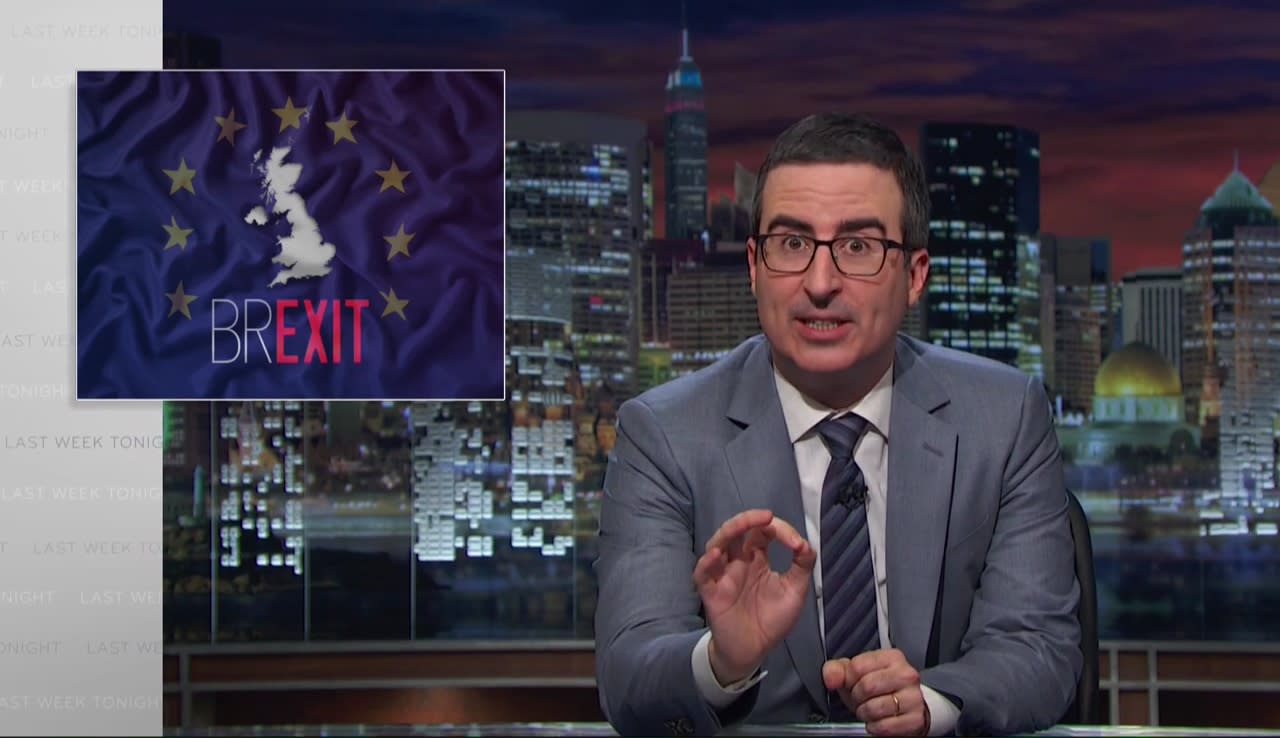 As Britain gears up to vote in the EU referendum later this week, broadcasters are constantly working to ensure their coverage remains impartial. One such company is Sky, which has this week been forced to delay the latest instalment of John Oliver's Last Week Tonight HBO show. Why? Because it contains a 15-minute diatribe on why the UK should remain part of Europe.

Instead of airing the programme after Game of Thrones on Sky Atlantic on Monday night, like it does usually, Sky has pushed it back until 10:10pm on Thursday, just after the polls close. Social media users are up in arms about the decision, but in reality, Sky appears to be playing everything by the book.

Sky's decision allows it to adhere to Ofcom rules that come into effect during elections and referendums. "Sky have complied with the Ofcom broadcasting restrictions at times of elections and referendums that prohibit us showing this section of the programme at this moment in time. We will be able to show it once the polls close have closed on Thursday," a Sky spokesperson told Engadget.

In March, the regulator warned broadcasters that they'd need to take care when covering May's local elections and the subsequent Brexit vote. Section Five (which focuses on Due Impartiality) and Section Six (covering Elections and Referendums) of Ofcom's Code contain guidelines that are designed stop companies like Sky from influencing the public vote. Satirical content is allowed on UK TV networks during these times, but Oliver's delivery is very much political opinion based on facts, rather than straight humour.

That hasn't prevented some Twitter users from speculating that Sky owner Rupert Murdoch might have something to do with the decision. While British newspapers The Sunday Times and The Sun, both owned by Murdoch's News UK, have pledged support to the Leave campaign, The Times editors (who represent the weekday edition) have backed Remain. Murdoch himself has remained silent over his personal stance.

So @LastWeekTonight with @iamjohnoliver, where he makes a case for Remain on Rupert Murdoch-owned Sky, has been moved to Thursday, 11.45pm.

While John Oliver's 15-minute segment attempts to explain Brexit to a US audience, the clip has circulated widely via YouTube. At the time of writing, the programme has passed 3.25 million views on YouTube and 4.2 million views on Facebook, ensuring that many who will tune into the Sky Atlantic broadcast will have already watched it via alternate means.

"Here is how I feel about the EU: it is a complicated, bureaucratic, ambitious, overbearing, inspirational and consistently irritating institution, and Britain would be absolutely crazy to leave it especially because, if it stays, it can reap all the benefits while still being a total dick about everything," says Oliver during the segment. "And that is the British way."

In this article: av, brexit, entertainment, eu, internet, johnoliver, ofcom, referendum, sky
All products recommended by Engadget are selected by our editorial team, independent of our parent company. Some of our stories include affiliate links. If you buy something through one of these links, we may earn an affiliate commission.