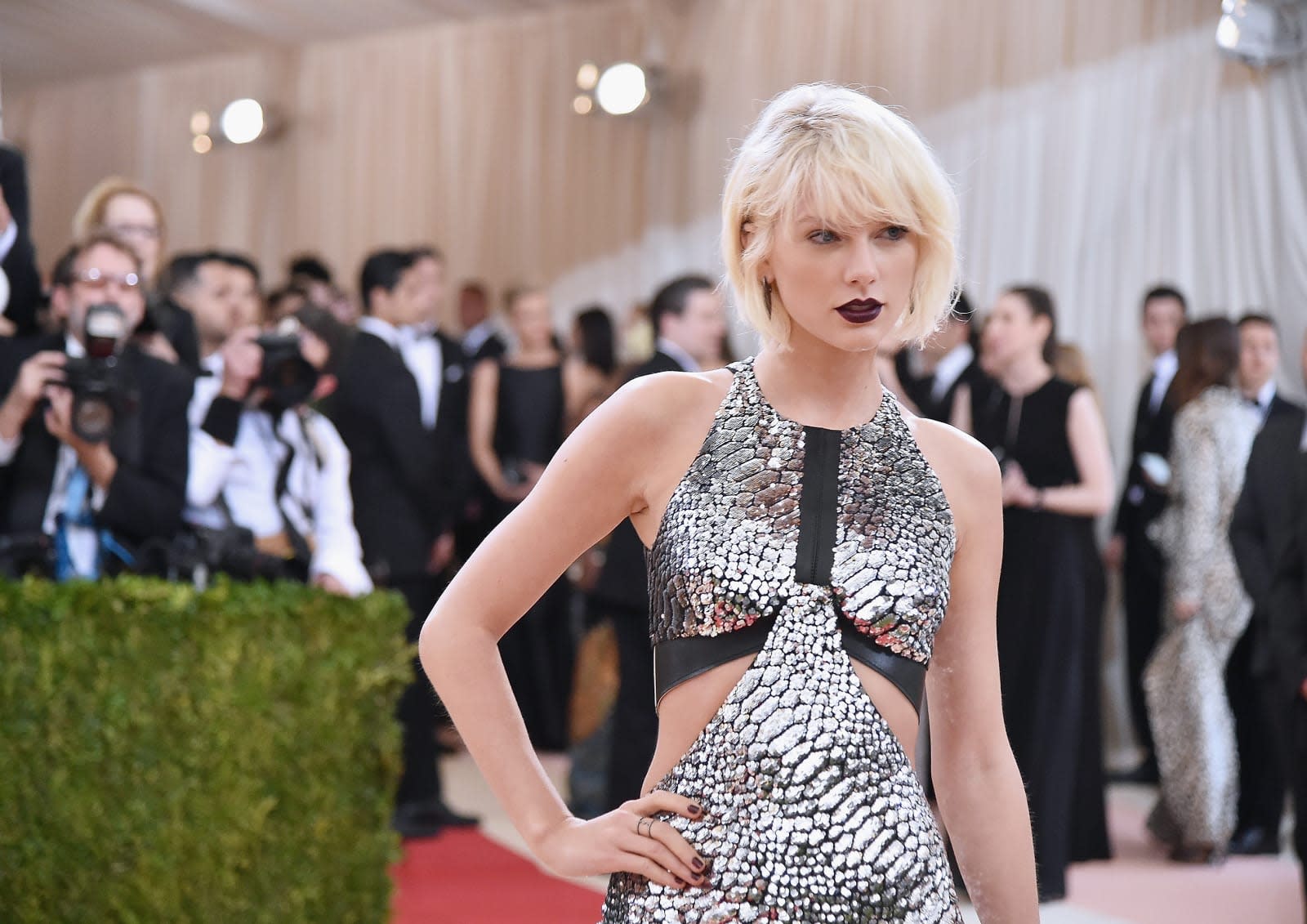 A group of 180 artists and musicians, including Taylor Swift, Paul McCartney, Carole King, Vince Staples and Kings of Leon, want Congress to take action on the 1998 Digital Millennium Copyright Act (DMCA). If you're not familiar, the copyright legislation essentially allows so-called safe harbors where you can upload content to be exempt from any infringement lawsuits based on the actions of its users. Those companies, apps and websites have to respond to takedown notices from the folks who actually own the copyright, but they can't be held liable for the offending video or music. This group of artists wants the government to reform the policy though, signing a petition in hopes of inspiring action.

It's no surprise that Swift would be part of the chorus here, as she's been quite vocal about fair compensation for artists. She pulled all of her music from Spotify back in 2014 and some back and forth with the streaming service followed over what it was/wasn't paying. T-Swizzle also got into it with Apple over royalties during its music service's trial period before the two eventually made amends.

With a full page ad in Washington, DC-area publications The Hill and Politico, the massive group of musicians and major record labels want an updated version of DMCA. The move also comes at a time when those major labels are negotiating new contracts with YouTube. What's more, the US Copyright Office is already looking into the safe harbors the DMCA allows and a House Judiciary Committee has copyright law on its to-do list.

The ad explains that DMCA "allowed major tech companies to grow and generate huge profits" now that technology allows "consumers to carry almost every recorded song in history in their pocket via a smartphone." It goes on to say that "songwriters' and artists' earnings continue to diminish" because of the aging legislation. The artists also argue that DMCA wasn't intended to offer the kinds of protections it currently does and should be updated accordingly.

On the other side, YouTube maintains that the DMCA doesn't give it any kind of advantage, and that copyright claims are handled by its Content ID system. That setup also offers labels a way to earn royalties from their music. The Google-owned video site has a music service and it says the $3 million it paid in royalties is mostly generated from users who aren't paying for a music subscription elsewhere.

Both sides continue to make their case, but the music industry is getting more vocal about fair compensation as we head deeper into the age of streaming. Last month, Warner Music Group announced that for the first time most of its revenue is coming from streaming during Q1 2016. As part of that announcement, CEO Stephen Cooper discussed the need for the royalties from paid subscriptions and those coming from places folks can listen for free to have "a fairer correlation."

In this article: business, congress, copyright, DMCA, entertainment, government, music, reform, youtube
All products recommended by Engadget are selected by our editorial team, independent of our parent company. Some of our stories include affiliate links. If you buy something through one of these links, we may earn an affiliate commission.