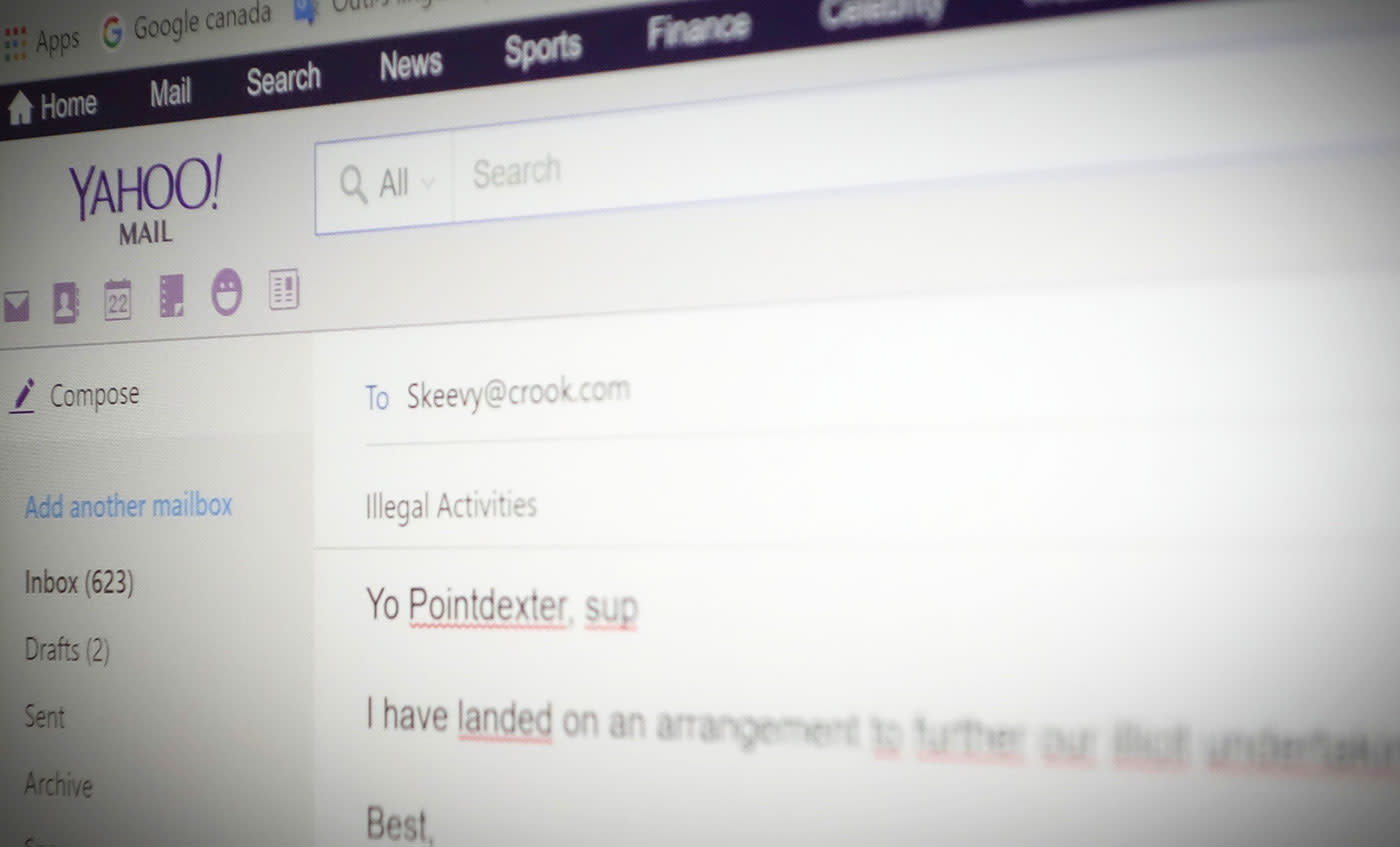 A UK man has been convicted of 20 years for drug trafficking conspiracy thanks to Yahoo emails in draft he thought were deleted, according to Motherboard. While already in jail, Russell Knaggs devised a scheme to have an accomplice write a draft email and save, but not send it. Another partner located in Colombia would then read the draft, delete it, and write another in reply. The idea was to avoid sending emails that could be seen by cops, but the traffickers didn't realize that Yahoo keeps the deleted drafts for a long period of time.

Yahoo forwarded the emails to law enforcement, which used them (along with other evidence) to convict Knaggs. The problem, his lawyer says, is that his collaborators deleted most of the emails from the drafts and trash, so they're supposed to be impossible to recover. "If a user deletes a communication from his or her account, the communication becomes inaccessible to [our] proprietary tools," says Yahoo's Michele Lai.

If you draft up an email about something but never send it, can it really be used against you?

Because of that, Knaggs lawyer suspects that the records were found via "bulk-data gathering, live monitoring, [or] interception," possibly by the US government (the investigation started in 2009, well before the Snowden revelations). To prove its theory, it filed a petition to force Yahoo to disclose its exact retrieval method. However, the company dismissed the "fanciful" idea, saying they were recovered from auto-saved drafts. "The evidence produced was not the product of US government surveillance, but rather was captured ... using a Yahoo proprietary tool in response to ordinary legal process, even though [Knaggs] and his co-conspirators thought they had deleted the evidence."

It does bring up another interesting point -- if you draft up an email about something but never send it, can it really be used against you? It kind of reminds one of a certain film where people are busted for just thinking about "pre-crimes." Check out more on the story at Motherboard.

In this article: Autosave, criminal, culture, draft, drugtrafficking, email, security, Yahoo
All products recommended by Engadget are selected by our editorial team, independent of our parent company. Some of our stories include affiliate links. If you buy something through one of these links, we may earn an affiliate commission.