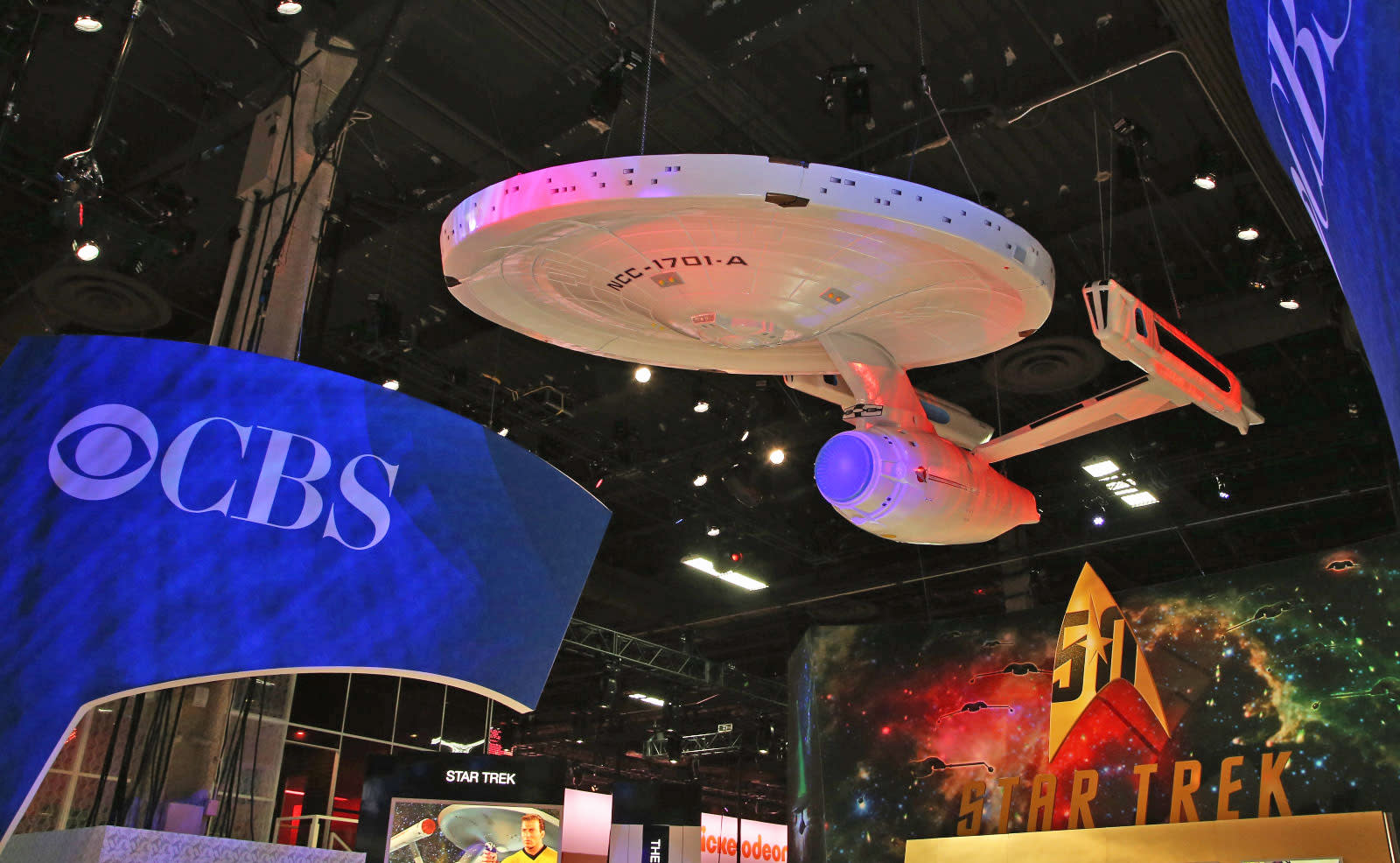 While Paramount and CBS's lawsuit against Axanar Productions is still ongoing, the two studios have finally produced a set of guidelines meant to govern fan-made Star Trek productions in the future. While the guidelines might be a good start, and a sign that studios could be warming up to community input, they are still extremely limiting.

"[W]e want to show out appreciation by bringing fan films back to their roots," the two studios wrote in an announcement. "The heart of these fan films has always been about expressing one's love and passion for Star Trek. They have been about fan creativity and sharing unique stories with other fans to show admiration for the TV shows and movies. These films are a labor of love for any fan with desire, imagination and a camera."

However, according to the guidelines themselves, Paramount and CBS would like those fans to keep their creativity limited to "less than 15 minutes for a self-contained story" or no more 30 minutes for a truly epic two-parter. Also: no sequels or additional seasons are allowed, so aspiring Trek writers will have to be careful about reusing their own original characters. Also, the material "must be family friendly" and cannot include "profanity, nudity, obscenity, pornography, depictions of drugs, alcohol, tobacco, or any harmful or illegal activity," or basically anything else that might hurt the brand. (Which makes one wonder how "The Naked Now" ever got the green light at CBS.)

Aside from those creative restrictions, the new guidelines also limit fundraising to $50,000 and require indie filmmakers to use only officially licensed merchandise "and not bootleg items or imitations" as props and set pieces. Any fan films that make it through those production hoops will also have to distance themselves from the official productions with an obligatory disclaimer.

The guidelines, which have already been called "onerous" and "super uncool", would obviously kill a production like Axanar, which pulled in $1 million in funding from a kickstarter campaign. But the production team remains unfazed. Today, the group fired back with another teaser trailer that flies in the face of these restrictions:

In this article: art, axanar, cbs, culture, fandom, fanfiction, FanFilm, internet, startrek
All products recommended by Engadget are selected by our editorial team, independent of our parent company. Some of our stories include affiliate links. If you buy something through one of these links, we may earn an affiliate commission.