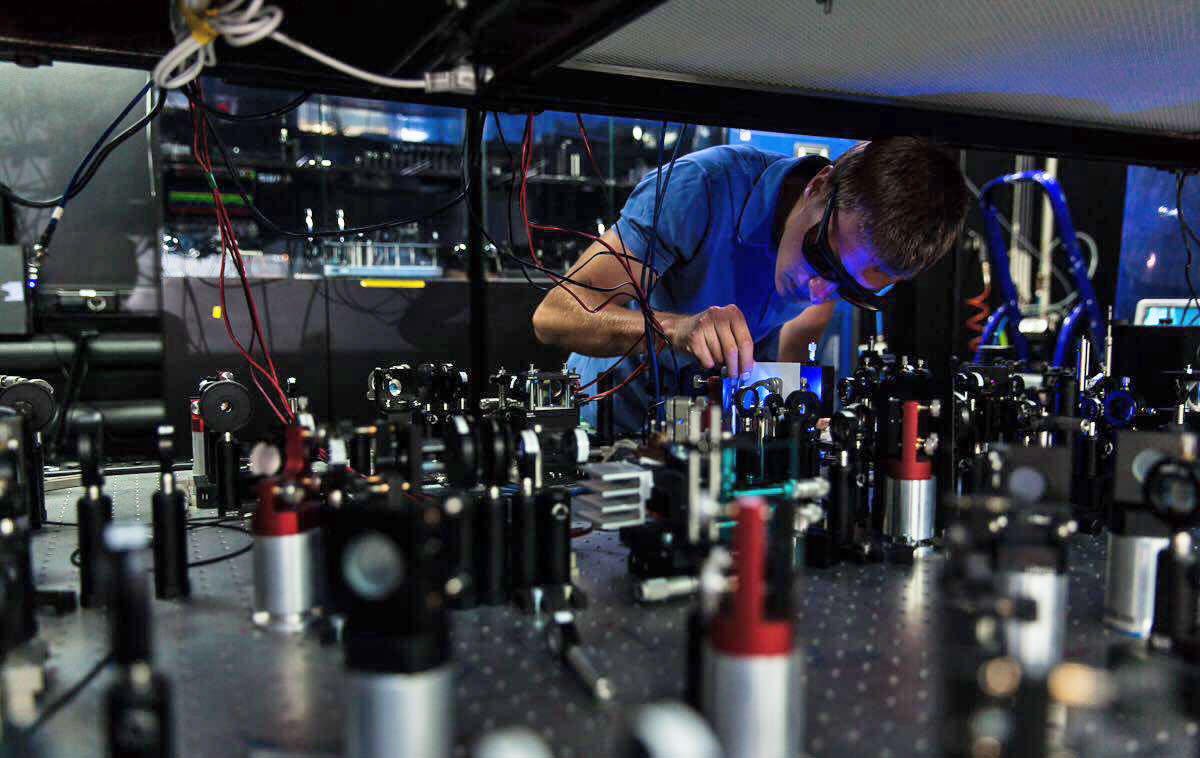 A group of physicists from the Russian Quantum Center and the Moscow Institute of Physics and Technology have come up with a new method of creating a special entangled quantum state, one that could be used as "a high-precision ruler" for measuring large distances with subatomic precision. The technique, described in a new study in the journal Nature Communications, could be used to increase the sensitivity of optical interferometers like the ones used by the LIGO project to detect gravitational waves.

Simply put, LIGO works by splitting a single laser into two beams, which are then recombined. If one of the beams experiences interference like a gravitational wave, it shifts the wavelength and creates a measurable difference between the two beams called an interference pattern. LIGO can currently measure differences "comparable to the diameter of a proton," the study's authors wrote in a press release. This new "quantum ruler," on the other hand, utilizes NOON states of photons, where a multiphoton laser pulse is at two points at the same time. In the experiment, the photons at each point, referred to as "Alice" and "Bob", are each in an entangled state. When one of their entangled parts experiences interference (in this case, the laser was shot through a piece of darkened glass), it creates a measurable difference from the original NOON state in a phenomenon known as entanglement swapping. That difference can be measured in sizes even smaller than a proton.

While the study conducted this research in a lab, according to lead author and RQC research Alexander Ulanov, the same method could also be used in terrestrial interferometers like LIGO or its space-borne sister instrument LISA.

In this article: interferometer, LIGO, LISA, QuantumPhysics, quantumruler, science, space
All products recommended by Engadget are selected by our editorial team, independent of our parent company. Some of our stories include affiliate links. If you buy something through one of these links, we may earn an affiliate commission.