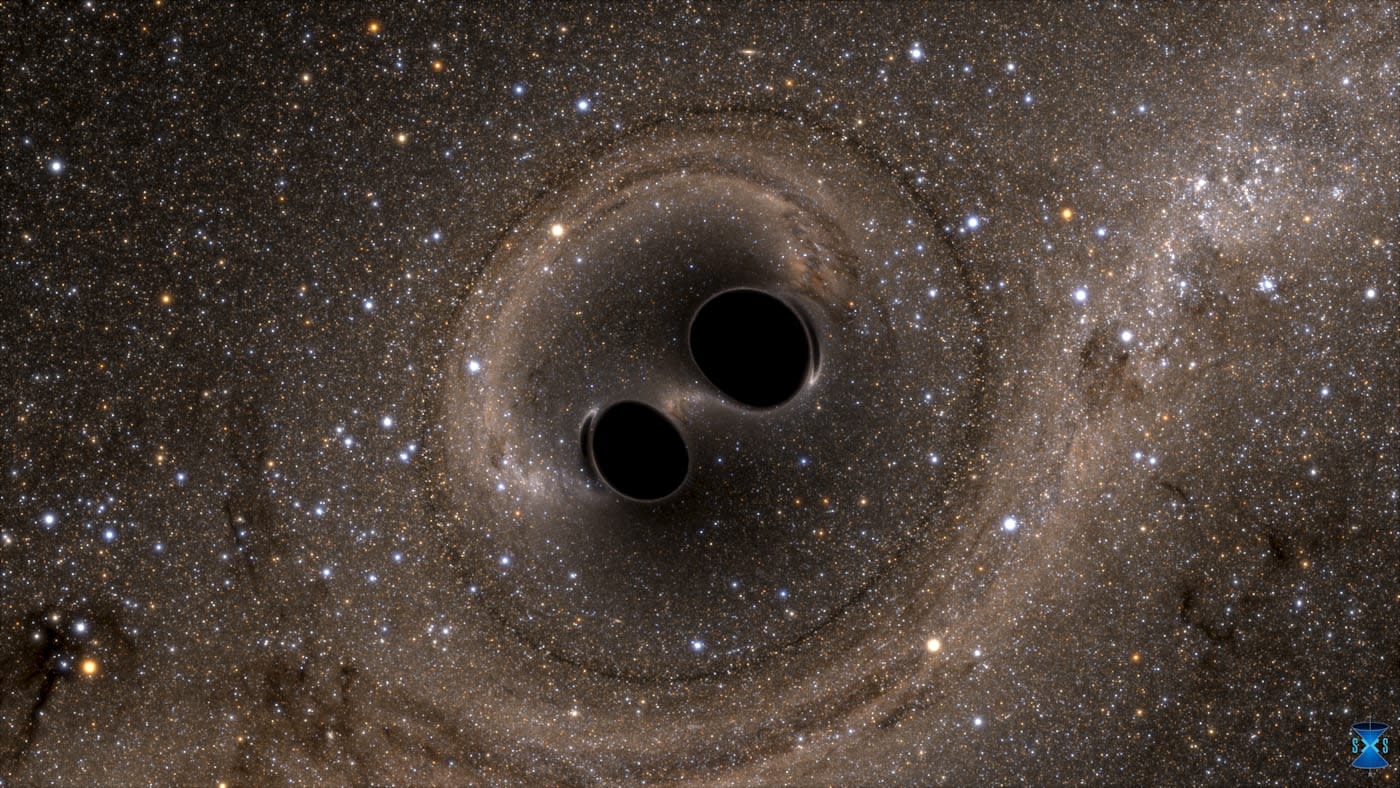 So just what is dark matter made of? Astronomer Alexander Kashlinsky of the NASA Goddard Space Flight Center in Maryland thinks the mysterious cosmic stuff could be made of black holes that formed soon after the Big Bang.

Gravitational waves were first observed last September by the ground-based Laser Interferometer Gravitational-Wave Observatory (LIGO), which scientists believed came from the collision of two black holes. But another astronomer saw that the ripples in space-time were much smaller than expected from mature black holes, and he theorized that they were made by primordial black holes (PBH) merging just after the dawn of the universe.

Kashlinsky took the idea a step further and proposed in a recent paper that dark matter, which has been undefined, could be made of PBHs. This hypothesis lines up with Kashlinsky's previous observations of the universe's excessive infrared glow in 2005 and x-ray emanations in 2013.

If he's right, it could change our models for the origins of the universe. For the first 500 million years of its existence, Space.com explains, dark matter clumped up into halos that formed the gravitational seeds allowing matter to accumulate into stars and galaxies. That explains the infrared glow Kashlinsky saw years ago, but PBHs converting into dark matter would explain the x-rays.

The next great step will be confirming whether the gravitational waves measured by LIGO are from primordial black holes merging in the primordial period or more recently. But that task will likely fall to Laser Interferometer Space Antenna (LISA), an observer craft built to measure gravitational waves in the isolation of space, which has far less interference than the ground-based LIGO. LISA recently moved into its final position at the gravity-neutral first Lagrangian point and may soon start measuring gravitational waves.

In this article: BlackHoles, DarkMatter, gravitationalwaves, ligo, lisa, science, space
All products recommended by Engadget are selected by our editorial team, independent of our parent company. Some of our stories include affiliate links. If you buy something through one of these links, we may earn an affiliate commission.