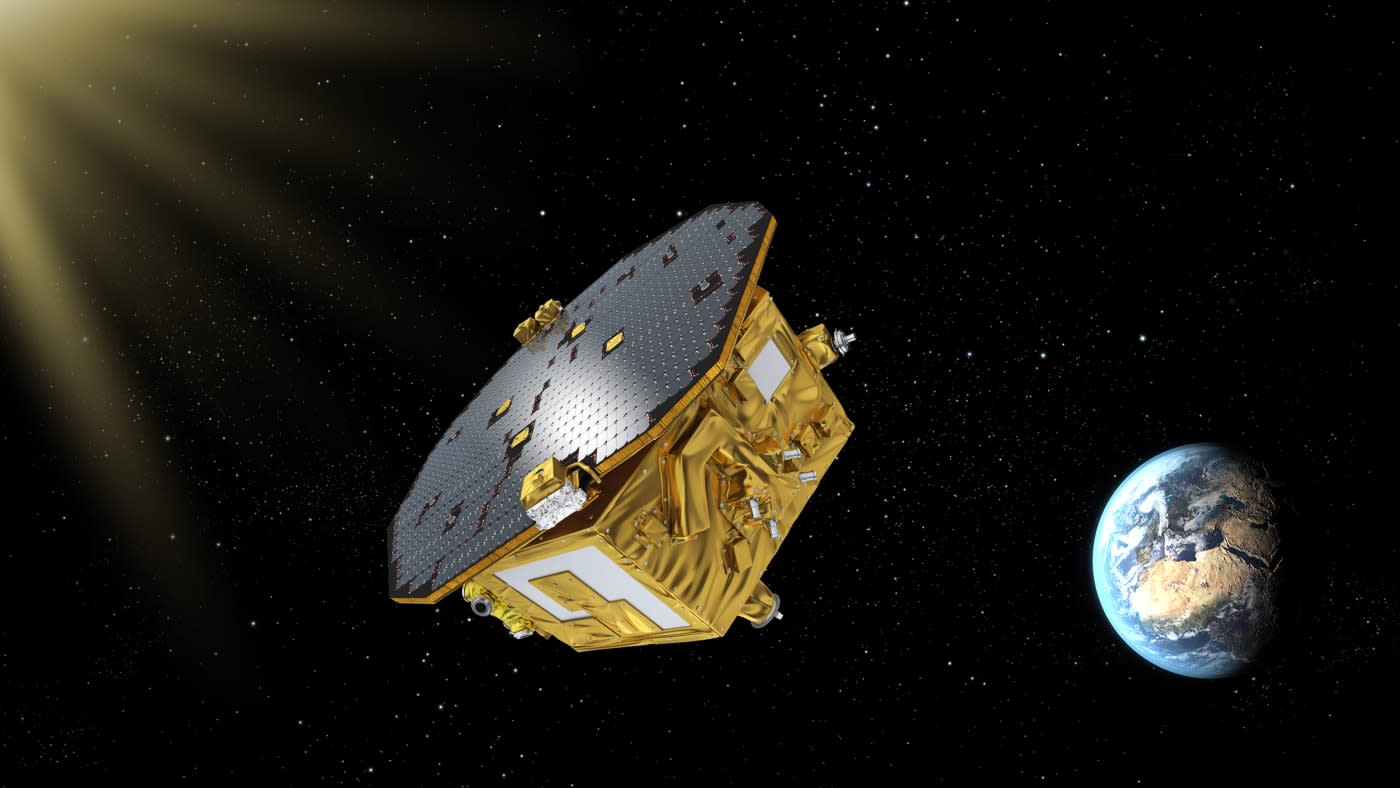 Back in December, the European Space Agency (ESA) launched the Laser Interferometer Space Antenna (LISA) Pathfinder spacecraft. Today, it's finally positioned itself in gravitational stasis at the first Langrangian Point (L1) that lets its instruments hang in freefall. This will hopefully filter out extraneous cosmic noise so the spacecraft can achieve its mission: measuring gravitational waves, the "sound" of the universe.

Not everything in the universe can be measured with a telescope. Black holes merging, for example, do not emit light but they do send out gravitational wave radiation. Other cosmic events generate those waves, like distant supernovas. LISA is designed to "hear" those waves: much like listening in a pitch-black forest, you can't see the wildlife but know it's there, ESA official Fabio Favata said in today'spress briefing.

To do this, LISA has two gold-platinum alloy cubes inside it. Once the spacecraft successfully positioned itself at L1, a static point between the gravity of Earth and Sun, those cubes float in near-perfect freefall. Without other forces acting on them, scientists can use the cubes like a microphone to track the only force left: gravitational waves.

Scientists first successfully measured gravitational waves at an observatory on Earth's surface last September, proving their long-theorized existence. Tracking them provides further support for Einstein's theory of relativity, which posited that colossal events like two black holes colliding cause ripples in space-time reaching outward -- which are the waves. Scientists launched LISA for further research with less terrestrial interference as a proof-of-concept for a much larger space observatory that scientists hope to put in space by 2034.

In this article: einstein, esa, gravitationalwaves, lisapathfinder, science, space, TheoryOfRelativity
All products recommended by Engadget are selected by our editorial team, independent of our parent company. Some of our stories include affiliate links. If you buy something through one of these links, we may earn an affiliate commission.