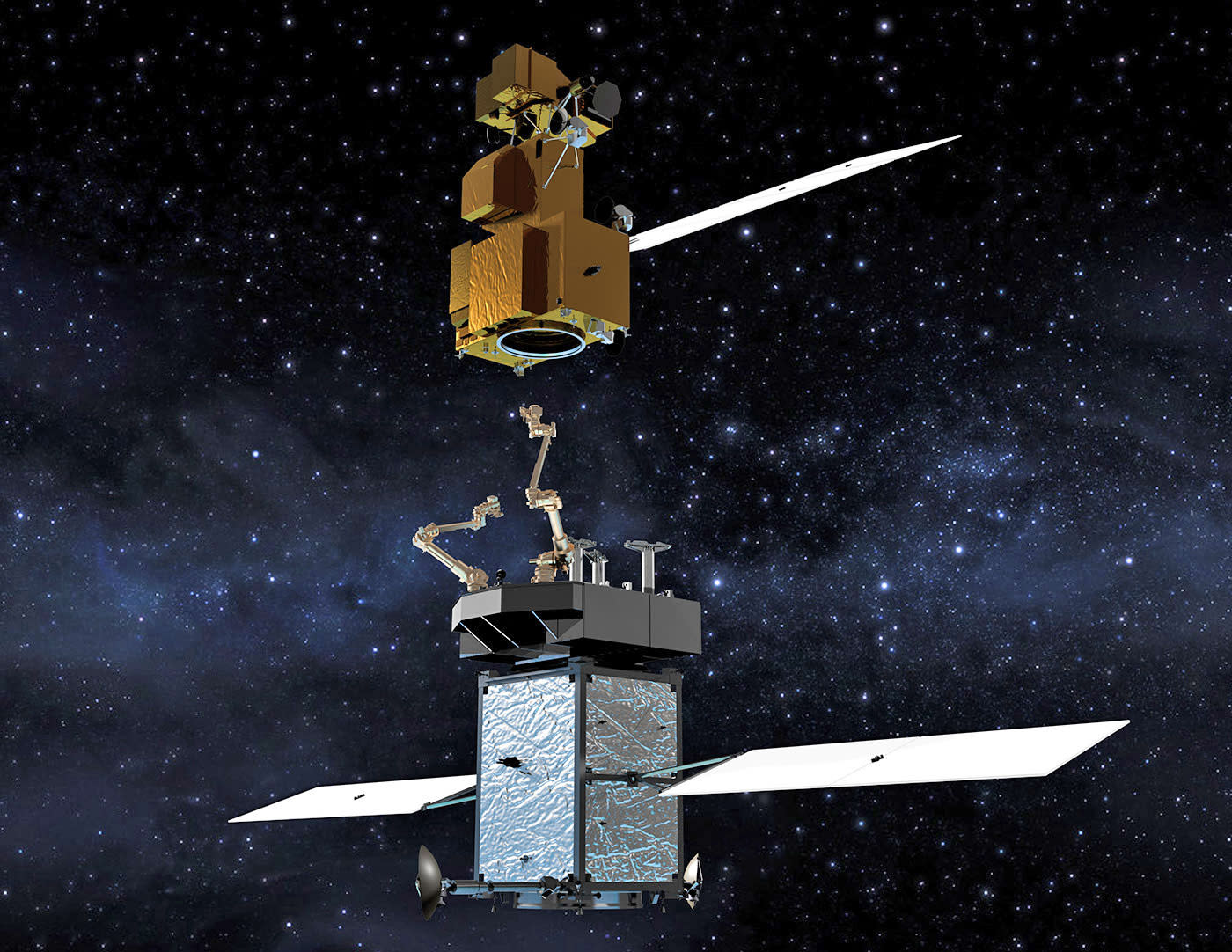 NASA has not only given the Restore-L mission its seal of approval, it has also zeroed in on its first potential client: government-owned satellite Landsat 7. The mission's goal is to develop and launch a robotic spacecraft, which can refuel and do maintenance work on satellites already in orbit, by 2020. As you can see in the image above, it will be equipped with robotic arms to catch its client's orbiters and a propellant transfer system to deliver measured quantities of fuel at the proper temperature and pressure.

The Restore-L mission could change the way the government and private space corporations build and operate satellites. It has the potential to extend the lifespan of spacefaring vehicles and could prevent their untimely death. Further, once the project is operational, companies could choose to deploy spacecraft with half-empty fuel tanks so that they could fit more instruments on board.

Benjamin Reed, deputy project manager for the NASA office that came up with the project, explained:

"With robotic servicing on the table, satellite owners can extend the lifespan of satellites that are running low on fuel, reaping additional years of service – and revenue – from their initial investment. If a solar array or a communications antenna fails to deploy, a servicer with inspection cameras and the right repair tools could help recover the asset that otherwise would have been lost. The loss of an anticipated revenue or data stream can be devastating."

Besides servicing other spacecraft, NASA is also using Restore-L to test various technologies for future missions to Mars and farther locations. These include its navigation system, robotic arm, software and orbital debris management. In fact, if everything goes according to plan, the agency is taking some technologies straight from the Restore-L spacecraft and using them on the Asteroid Redirect Mission that's slated to launch in mid-2020s.

In this article: NASA, restore-lmission, roboticspacecraft, science, space
All products recommended by Engadget are selected by our editorial team, independent of our parent company. Some of our stories include affiliate links. If you buy something through one of these links, we may earn an affiliate commission.