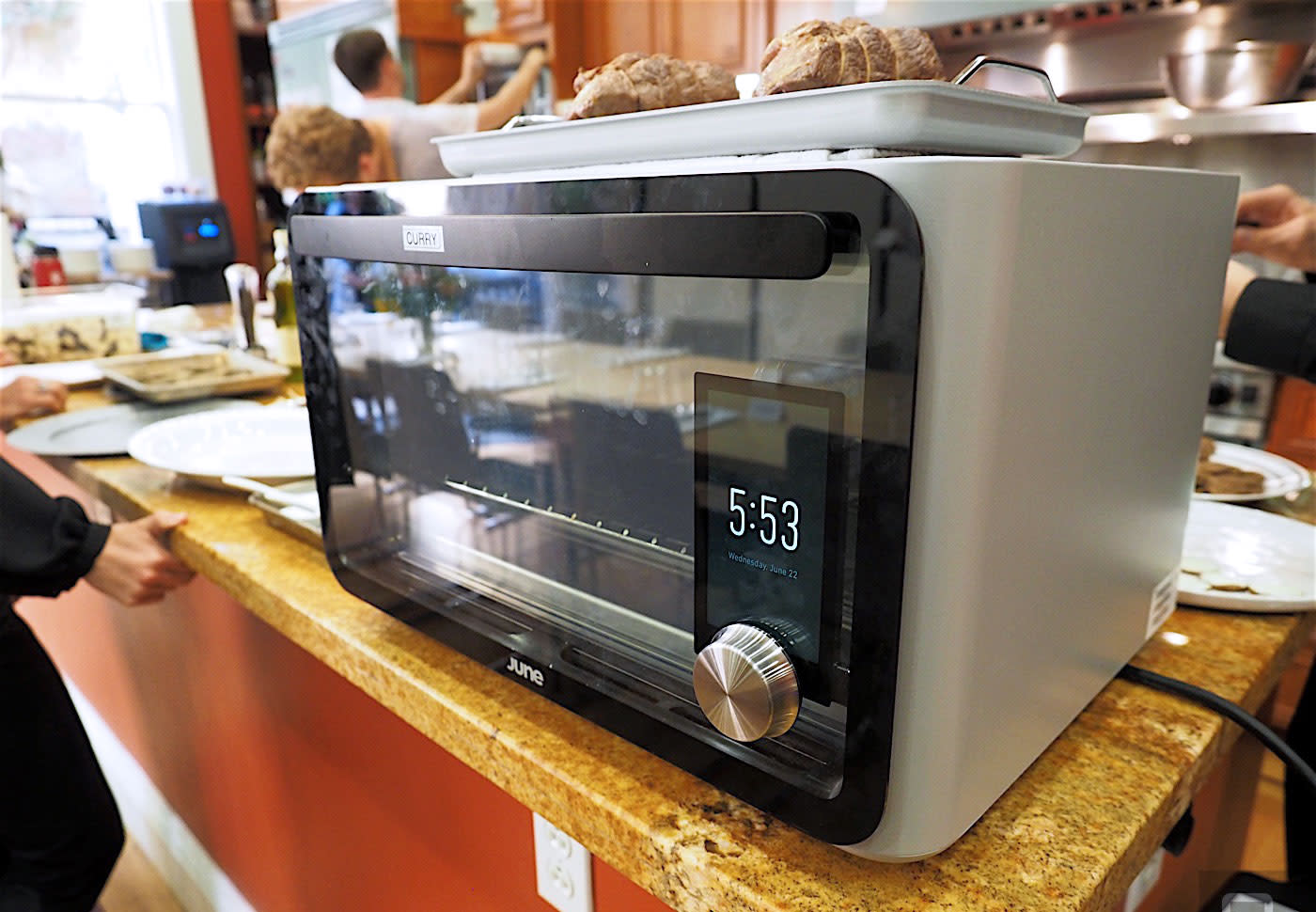 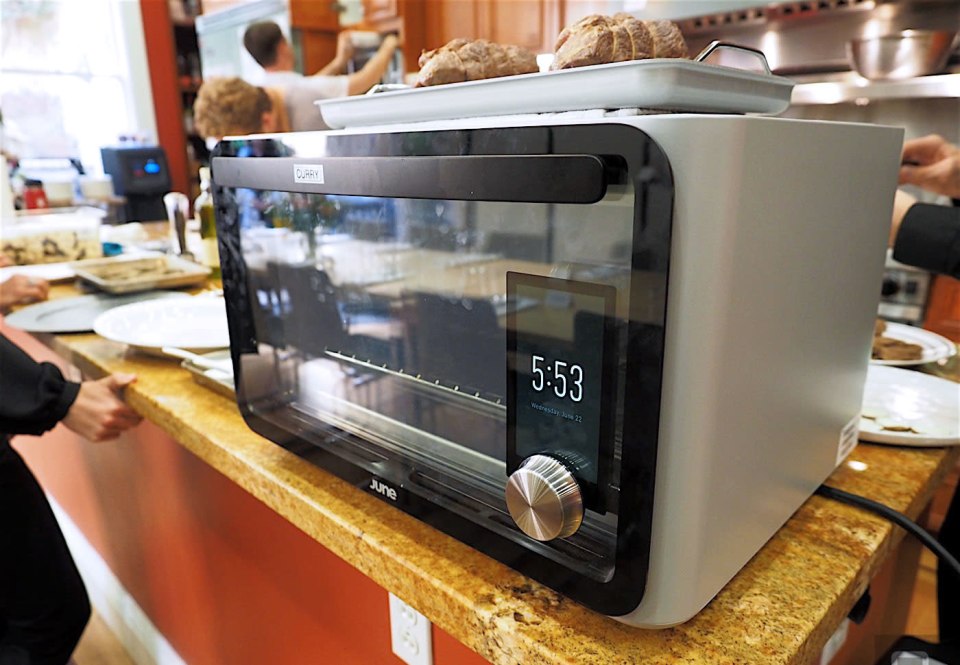 If you'd like to cook more but tend to feel disappointed by the results, you might be interested in the June. Announced last year, the June is an intelligent oven outfitted with a camera, a scale, a bevy of sensors and the guts of a smartphone or tablet (It has an NVIDIA Tegra K1 chip plus a 2.3GHz quad-core processor) to deliver the perfect meal. Want a medium rare steak? Simply weigh it, plop it in the oven where the camera will instantly recognize it's a steak, stick a temperature probe in, enter in your desired temperature on the touch screen and the oven will take care of the rest.

Since last year, the team over at June have been perfecting the oven to cook foods beyond steak. It can now recognize a selection of foods that include bagels, cookie dough, salmon, leg of lamb, asparagus and more. Indeed, we had a demo where we inserted a couple of bagel slices and as the oven recognized it, it instantly popped up a menu choice on how we wanted it toasted. And even if it doesn't know what it is, you can always enter in the temperature and cooking time yourself, just like a regular oven. It can roast, bake, broil, reheat meals and, of course, toast.

What sets the June apart is its smarts. For example, say you want to crisp up your chicken after it's done. You can set the oven to cook it to 165 degrees and when it hits that temp, the oven will automatically switch over to a high heat for a few minutes to give you that crispy skin. And since there's a camera, you can keep an eye on your food via an app on your smartphone. The app also works as a remote timer, letting you know just when the food is done.

That sounds pretty great, but the problem is that it's quite expensive at $1,495. If you pre-order it now though, you should get your very own intelligent oven by the holidays this year (hopefully just in time for pumpkin pie).

I had the opportunity to have a full course meal at June's office recently, where at least one ingredient of each dish was prepared using the oven. And it was delicious. The leg of lamb was done to medium rare perfection and the strawberry rhubarb tart was to die for. Check out the "June Oven dinner" gallery for photos of each individual plate.

In this article: food and drink, food-and-drink, foodanddrink, gadgetry, gadgets, gear, june, juneoven, smartoven
All products recommended by Engadget are selected by our editorial team, independent of our parent company. Some of our stories include affiliate links. If you buy something through one of these links, we may earn an affiliate commission.