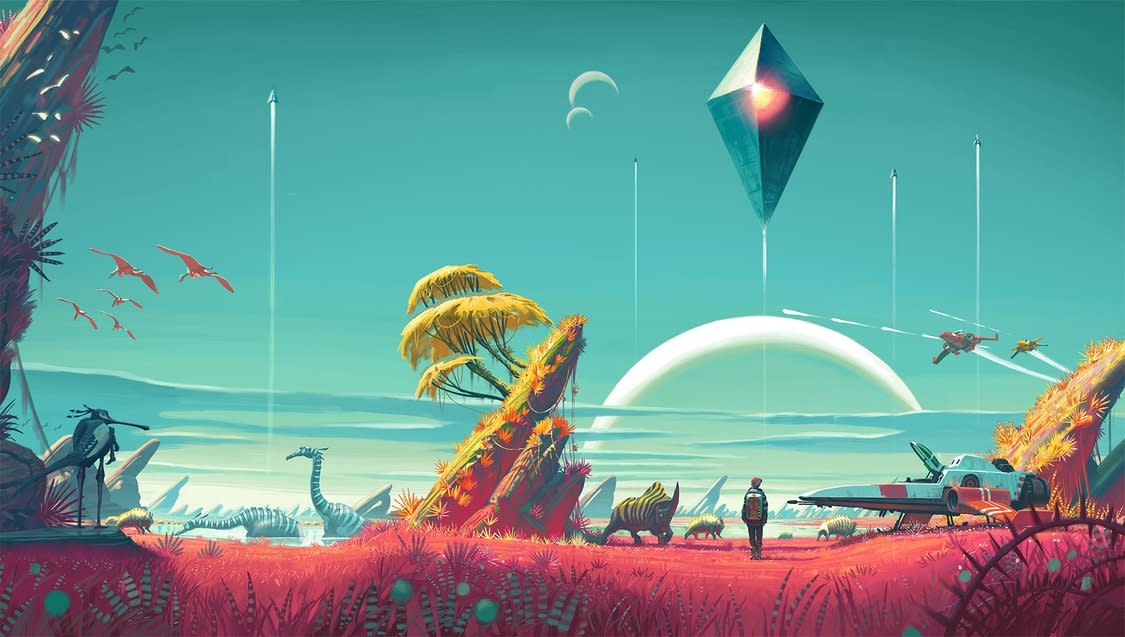 It's not often a soundtrack associated with a video game, let alone one that's not been released yet, is taken on tour and played to audiences all over the world. That's exactly what's happening with British band 65daysofstatic's No Man's Sky soundtrack, with a world tour beginning in October in the Netherlands.

The No Man's Sky soundtrack features two albums' worth of science fiction-inspired melodies with one 10-song assortment of tunes and six "soundscapes" meant to accompany you on your journey throughout the game's procedurally-generated worlds.

If that sounds like something you'd want to hear performed live, the world tour could be making a stop in a city near you. So far, only European dates have been finalized, but the band is assuring would-be concertgoers that additional areas are coming. If your date is already on the list, you can start purchasing tickets as of June 29th.

No Man's Sky has yet to be released, and in fact was pushed back to August 9th for North American fans on both PlayStation 4 and PC. This follows a lengthy, bizarre legal battle with European broadcasting company Sky TV over the usage of the word "sky" in the game's title. The game's soundtrack, No Man's Sky: Music for an Infinite Universe, is scheduled for release the day after, on August 10th.

In this article: 65daysofstatic, av, gaming, HelloGames, music, no-mans-sky, soundtrack
All products recommended by Engadget are selected by our editorial team, independent of our parent company. Some of our stories include affiliate links. If you buy something through one of these links, we may earn an affiliate commission.