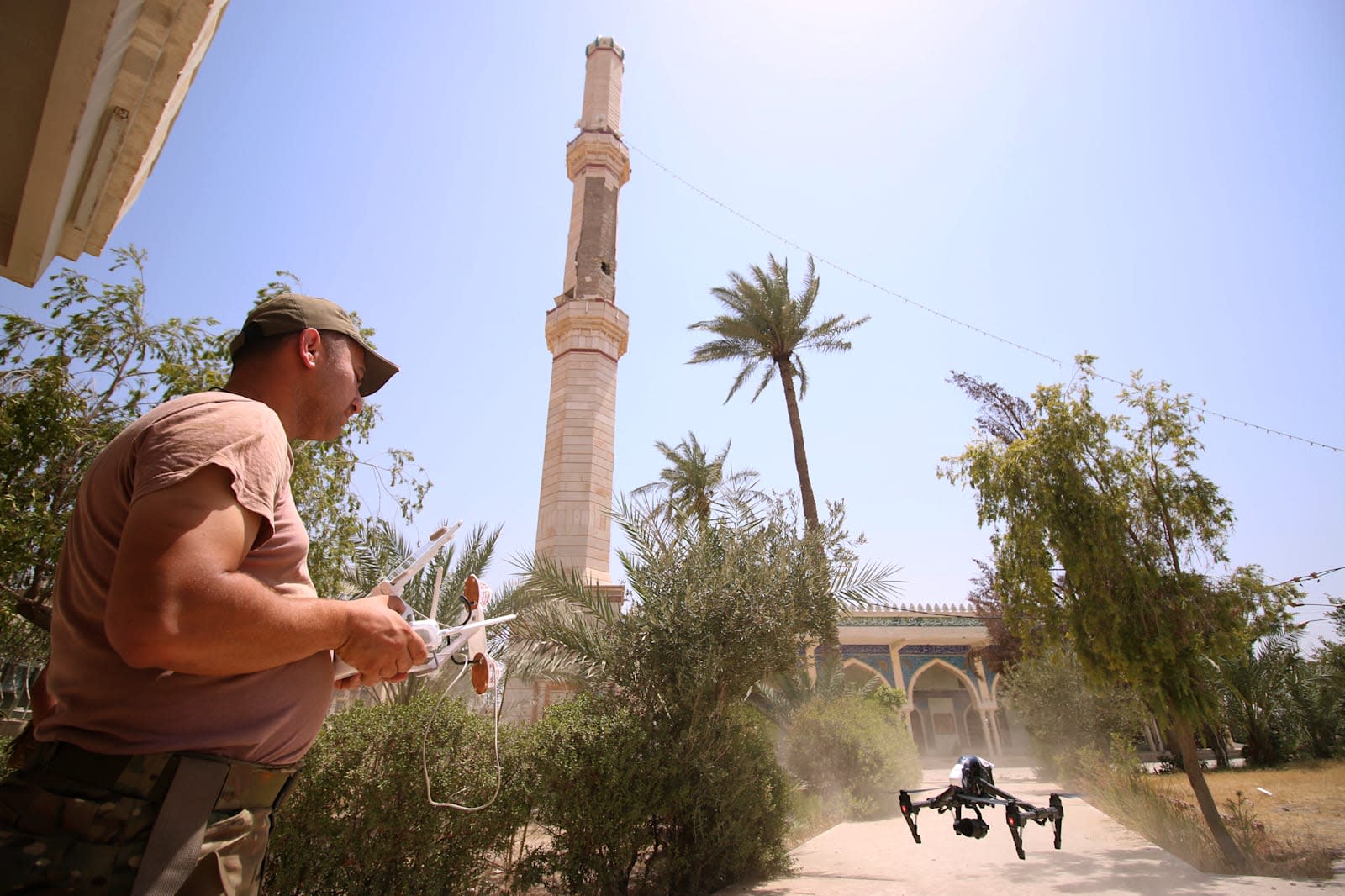 Let's say you're leading an Iraqi militia. You want to reconnoiter ISIS fighters' positions, but you don't have the budget for military-grade UAVs or helicopters. What to do? For the Iraqis themselves, the answer is simple: buy everyday drones. As Wired notes, both Shia militias and Iraqi officials are using consumer drones bought in hobby and toy stores (like DJI's Phantom line) to observe ISIS positions and help call artillery strikes. They seldom last for more than 40 minutes in the air, but that's enough to provide a heads-up and improve accuracy.

There's also a political motivation to use these drones. The Iraqi police, for example, don't trust that they'll get drones from the international coalition -- off-the-shelf drones put control back in the hands of the Iraqi government. Shia militias aren't as dependent, though. They also get military-level drones (such as clones of Boeing UAVs) from Iran, which backs at least some of these units.

No matter what, the use of drones isn't welcome by everyone. Militias have used the drones to target civilian areas, and that same ease of access has also led to many Syrian revolutionaries (some of whom are extremists) using the remote-controlled machines in the field. Even ISIS is believed to be strapping explosives to drones in the hopes of tipping the balance. This is more an example of the proliferation of technology than anything else. Drones are becoming mainstays of modern warfare, even among ragtag groups that receive little help (or sympathy) from the rest of the world.

In this article: culture, drone, extremism, gear, iraq, isis, militia, reconnaissance, robots, terrorism, war, wargadget
All products recommended by Engadget are selected by our editorial team, independent of our parent company. Some of our stories include affiliate links. If you buy something through one of these links, we may earn an affiliate commission.