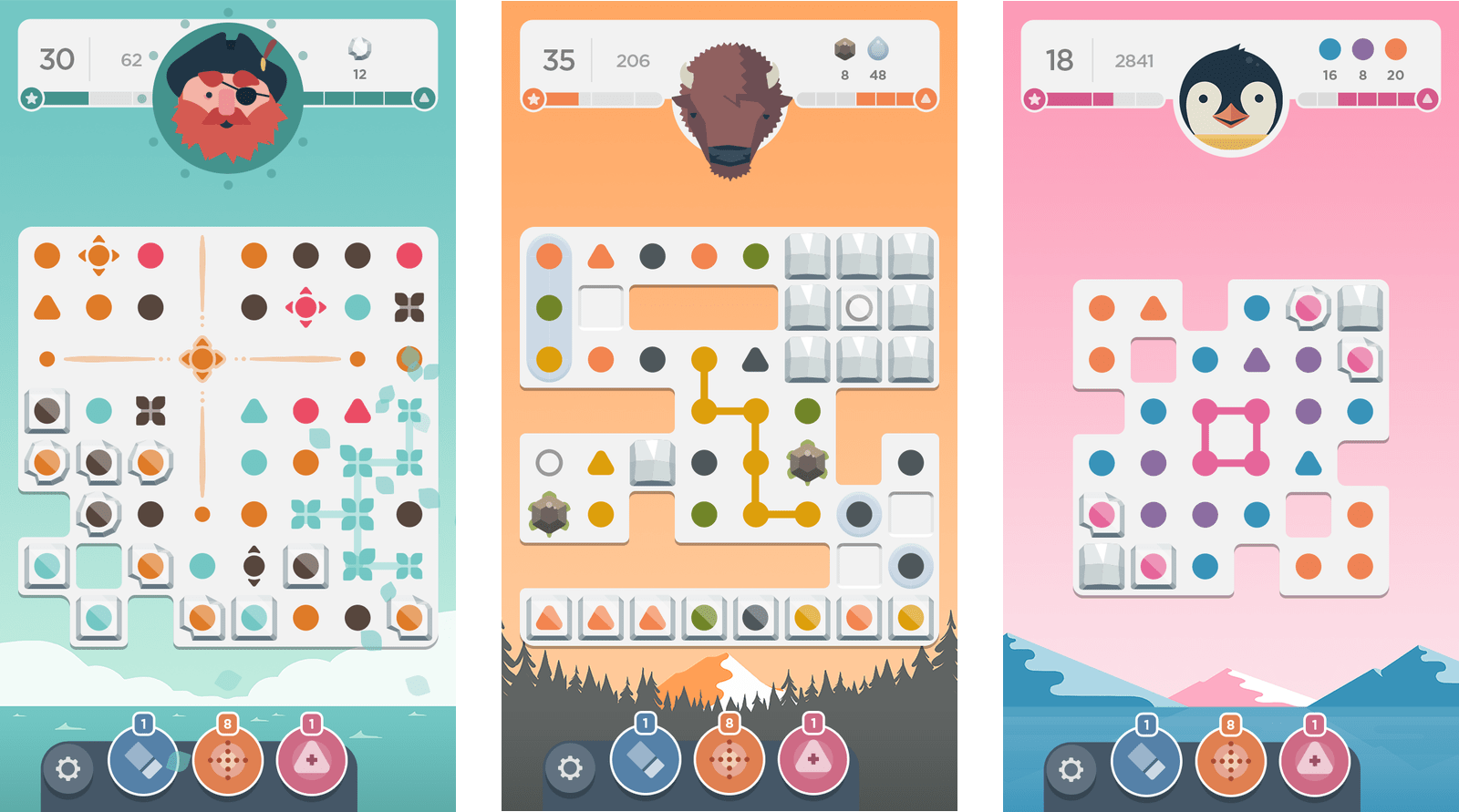 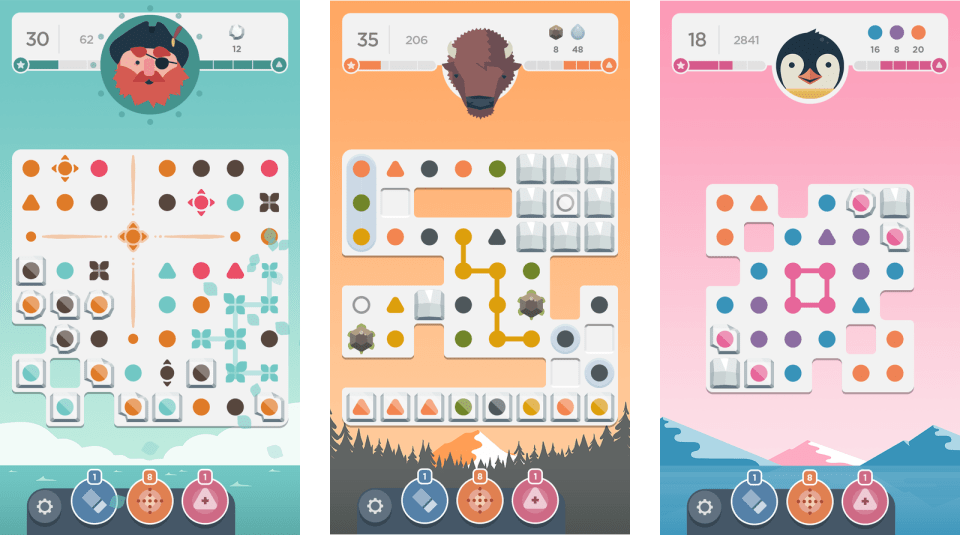 Mobile puzzle Two Dots (from developer Dots) did a ton of things right when it was released in 2014. The game took a simple mechanic -- matching two or more dots of the same color -- and added a bunch of great power-ups, varying goals, constant content updates, new mechanics as you progress and a great visual style. It was a huge improvement over the original Dots and was one of the best examples of a free-to-play game that doesn't nickel-and-dime you to death. It's easy to play and succeed in the game without ever spending a dollar, if that's what you want to do.

After releasing more than 700 Two Dots levels, the game's developer is ready to unveil the next evolution in the series: Dots & Co. is out today for iOS and Android. If you've played earlier Dots games, the new one will feel pleasantly familiar: Your job is still to connect same-colored dots, and making a square will clear all of that color off the board. Each level has an objective to be accomplished in limited moves (clear a certain number of specific colored dots, or break all of the "ice" on the board, for example), and you'll still get up to three stars based on how many points you get. The new game is not the radical change that we saw between the initial Dots and Two Dots. But Dots & Co. is still a fresh and refined experience that introduces a bunch of new gameplay features, and that is definitely a good thing.

The most noticeable change is the new "companions" that help you in each level. Fortunately, these helpers are very subtle. You'll see them at the top of your screen as you play through a level -- a big penguin or eskimo smiling down on you as you play through the level. Throughout the playing field are companion dots; clearing those helps fill up an energy bar at the top of the screen. When it's full, your companion drops a special move in the screen to help you progress.

This changes the way you play the game in pretty significant ways. In Two Dots, my main focus was on making color-clearing squares to jump-start my progress if I was having a tough time with a level. Now, you can either try and make squares or link together companion dots to get a boost. I've only unlocked two companions in the time I've played, but I'm looking forward to finding more to see their different abilities.

Probably the other biggest change is to the game's economy. Instead of starting with five lives that slowly regenerate after you've lost them, you use "energy" to start a level. Your meter goes to 15, and each level drops your level three points. Finishing a level regenerates energy -- but you'll only get all three energy points back if you "ace" the level and get three stars. So even if you keep successfully finishing levels, you'll run out of energy unless you consistently get three stars, something that could be tough as the difficulty ramps up.

If you want, you can replenish your energy using tokens, but those tokens need to be bought using real-life money, unfortunately. The game starts you with 25, and you can use them to replenish your energy fully, give your companion a power-up at the beginning of a level or get some extra moves if you fail to complete a level. Two Dots similarly charged real money for power-ups, but the game also introduced ways to get freebies from time to time; I'm hoping Dots & Co. does the same at some point. But the company did confirm that, at least for now, you'll need cash to buy those tokens.

Fortunately, the new companions and their ever-present special moves help keep the game feeling balanced and fair. I haven't played long, but the levels haven't gotten unfair or cruel -- if anything, I'm hungering for a bit more of a challenge. Based on Two Dots, I'm sure the game will get much harder as the levels pass. But the Dots team has lots of experience designing fair and fun free-to-play experiences, and that appears to be the case with Dots & Co. as well.

Crucially, Dots & Co. retails the excellent, unique atmosphere and mood of the previous game. It's one of the least stressful puzzle games out there, with gorgeous graphics and an extremely chill soundtrack. It looks unique and feels like it's been put together with more care and love than just about any other mobile game out there. Given the entry price (free, if you haven't been paying attention), it's absolutely worth a download. And given the many updates Two Dots received (and will continue to receive), you should get plenty of play time out of its sequel. Dots & Co. is out today for iOS and Android -- you can download it now from the App Store or Google Play.

In this article: dots, dotsandco, gaming, hands-on, mobile, twodots
All products recommended by Engadget are selected by our editorial team, independent of our parent company. Some of our stories include affiliate links. If you buy something through one of these links, we may earn an affiliate commission.