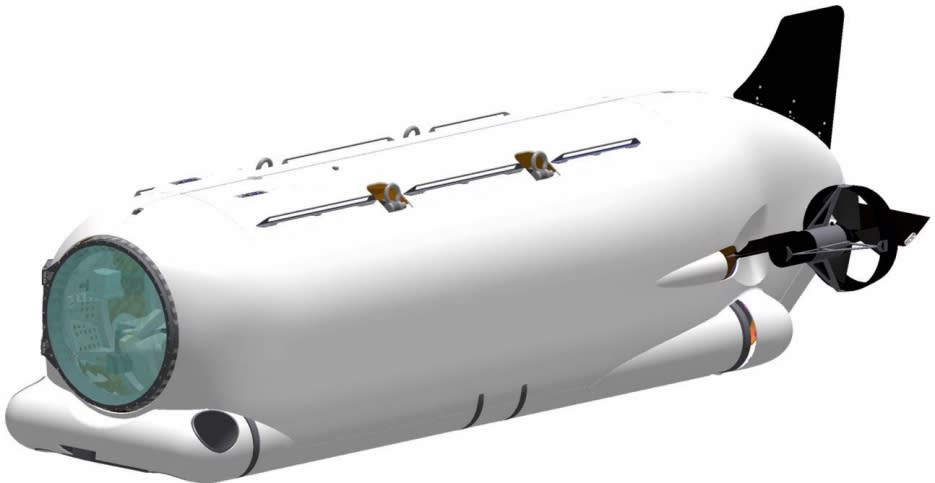 Although Lockheed Martin has come under fire for the controversial F–35 fighter jet program, the aerospace company's Submergence Group just announced a $166 million defense contract with the US Special Operations Command to build a new "missile sub" meant to carry Navy SEAL and other special operations scuba divers into battle. Operated by a pilot and a navigator, the 30-ton Swimmer Delivery Vehicle will carry a team of six divers to an underwater location in a completely dry environment. Once the sub reaches its drop point, it can launch the dive team through an onboard airlock system.

"The dry, one-atmosphere environment of these vehicles provides an alternative to traditional wet submersibles being used by the U.S. and international Special Forces communities today," Lockheed Martin wrote in a statement, "and will deliver operators to their destination in better physical condition to complete a mission."

According to the Daily Mail, Lockheed Martin is currently building three of the vehicles, which have a depth rating of 328 feet and a lock-out depth of 98 feet. With a top speed of 5 knots (or about 6 mph), it won't be the fastest thing underwater, but it offers an upgrade over the open, wet submersibles SpecOps teams currently use, and reduces a mission's overall swim time.

According to Lockheed Martin, the platform will be based on the existing S301i dry manned submersible and will include an Inertial Navigation System, Doppler Velocity Log for navigation support, an Underwater Telephone and UHF radio for communications, and an obstacle avoidance sonar and fathometer. The S302, as it is officially called, will also include support for additional sensors as specific missions require.

In this article: gear, lockheedmartin, NavySeals, security, socom, specialforces, swimmerdeliveryvehicle
All products recommended by Engadget are selected by our editorial team, independent of our parent company. Some of our stories include affiliate links. If you buy something through one of these links, we may earn an affiliate commission.