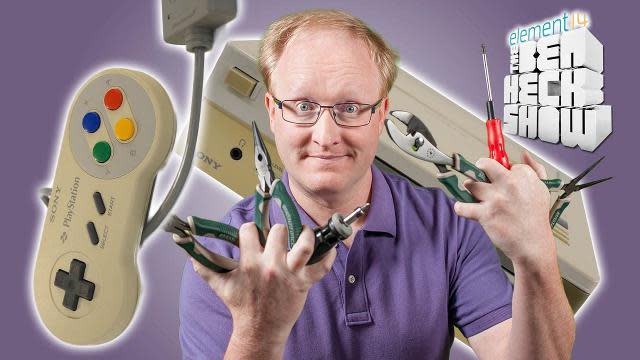 In part 1 we took a close look at the amazing SFX-100 Nintendo PlayStation console for a teardown of the hardware and an analysis of how the chips function together. After looking inside, Ben discovered a few post-production bodge jobs that were seemingly intended to fix the prototype -- but do they, really? Join Ben again as we look inside this rare hardware to see if we can whip it into a functioning state and get the CD-Rom tray finally working. Finally, what better way to test out a console than a beat-em-up showdown? Join Felix and Ben as they duke it out on Super Streetfighter 2. Let us know what you think of the Sony Nintendo PlayStation over at the element14 Community, where you can also interact with The Ben Heck Show team and watch past episodes.

In this article: benheck, benheckshow, diy, do it yourself, doityourself, gaming, gear, nintendo, partner, PlayStation, sfx-100, syndicated, thebenheckshow, video
All products recommended by Engadget are selected by our editorial team, independent of our parent company. Some of our stories include affiliate links. If you buy something through one of these links, we may earn an affiliate commission.