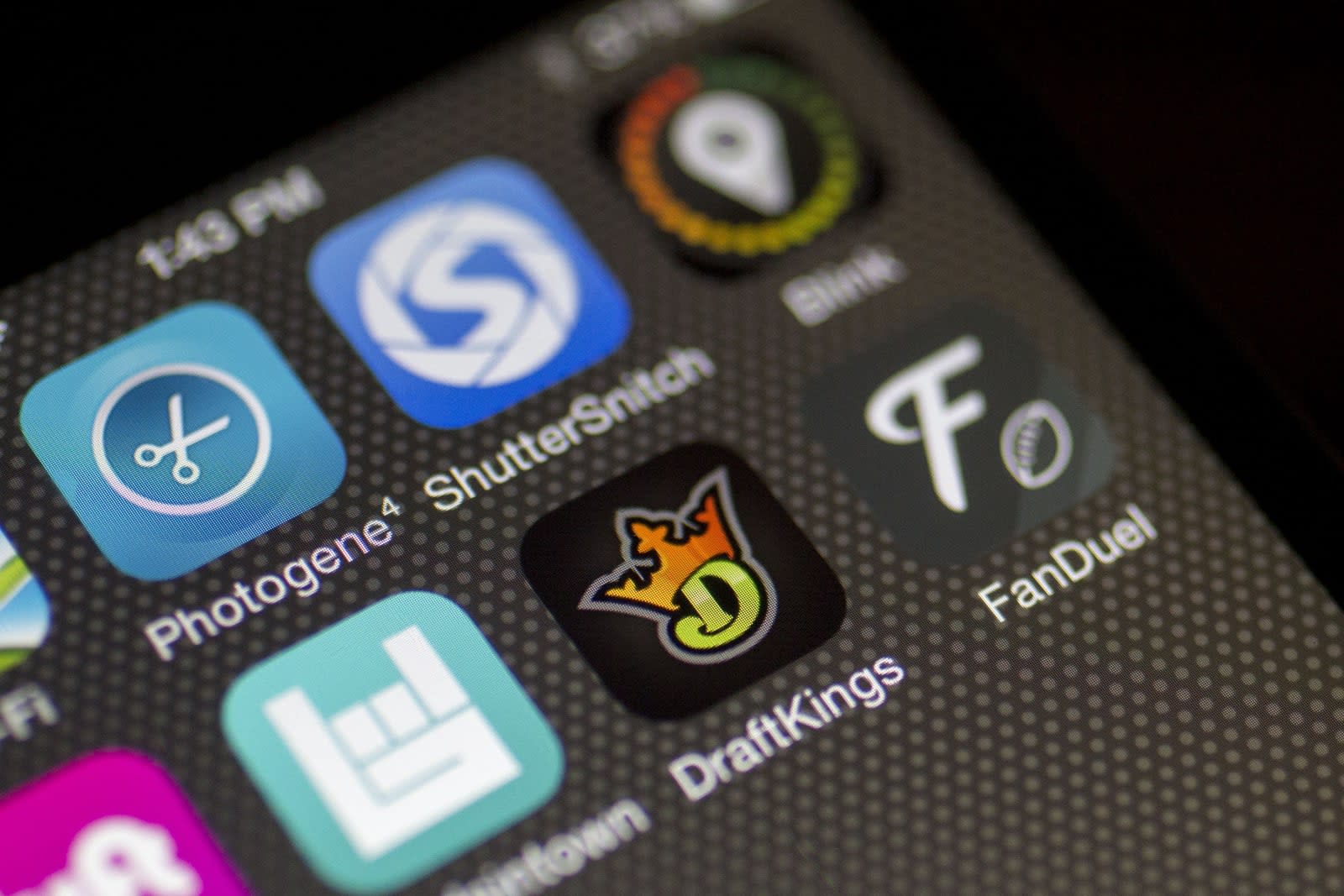 Until now, the focus for daily fantasy companies DraftKings and FanDuel has been just that: daily fantasy sports. However, both companies have announced new features that allow players to make private leagues where they can compete against a small group of friends and colleagues rather than public users of the services. With those private contests, both DraftKings and FanDuel are venturing into the world of season-long fantasy sports, something fans of regular ol' fantasy football, baseball and more are very familiar with.

Starting today, DraftKings' Leagues will offer that functionality for its customers. Leagues function as private groups in which users can invite friends for weekly NFL games instead of the daily fantasy commitment. For example, if you wanted to set up a contest for a specific week of the season, you could do so without having to play through all of the NFL slate. And if pro football isn't really your thing, DraftKings Leagues are open to other sports as well (10 total), including MMA and League of Legends, and you can have contests in different sports among members of the same group. Where DraftKings begins to venture further into the realm of season-long fantasy is its new leaderboards. Each league will have one that displays the league's overall standings, history and upcoming games. What's more, you can view your individual team's stats or look at the results by sport to see how you measure up with everyone else in the group. You can also watch any of your league's in-progress contests live as they happen, even if you're not participating. As DraftKings notes, leaderboards will certainly come in handy for bragging rights, but it's easy to see how they could be used to determine an overall winner if your league decided it wanted to do so. For example, you could use leaderboard stats for the NFL season to determine who performed best throughout all 17 weeks.

In the case of DraftKings Leagues, you simply create a group and give it a name once you nab commissioner status. From there you can choose a sport and decide whether you want multi-player or head-to-head matchups, as well as the entry fee and the prize structure. You can also opt for the games to repeat weekly, which will certainly be handy in the case of NFL fantasy contests. The process for getting things set up will feel pretty familiar to traditional fantasy sports veterans. Earlier this month, FanDuel revealed that it would offer a Friends Mode for the upcoming NFL season as part of a wider rebrand. As the company explained in the announcement, this brings a key element of traditional fantasy football to the world of daily fantasy. If you've competed in season-long fantasy leagues, you're no stranger to drafting a roster of players, setting a lineup each week and playing head-to-head matchups throughout the season in a private league of friends, classmates or co-workers. Now there's the ability to have season-long stats and winnings accumulated with daily fantasy, but FanDuel's news mentions only the NFL for now. In other words, rather than having multiple games throughout the week, you can play a single weekly contest and have your performance in those measured throughout the NFL season.

If you prefer FanDuel's daily fantasy for other sports, don't fret: The company confirmed to Engadget that Friends Mode will offer more options in the future. Starting with just the NFL makes a lot of sense, though, especially with the new season starting up next month. Before the end of August, FanDuel says Friends Mode will roll out the season-long and more social version of its daily fantasy. It works like DraftKings Leagues in that a commissioner creates the group, sets all the criteria and invites people to join. FanDuel users can decide whether or not they want to participate on a week-by-week basis, but weekly contests will be auto-generated after the first one.

What do DraftKings and FanDuel have to gain by adding private groups? Well, the move should lead to more traditional fantasy sports players making the leap to daily fantasy. With the weekly structure for the NFL, the way users select a roster and the head-to-head play, daily fantasy will start to feel a lot like the private groups folks are used to from the likes of ESPN, Yahoo and others. Of course, there's the ability to wager and win money weekly as well. If you're not into handing over some funds, you can keep the games free-to-play.

The timing couldn't be better for both companies to roll out the new groups features, as the NFL is the most popular when it comes to fantasy sports. What's more, New York, a state that regularly sets precedents that others follow in consumer protection issues, recently voted to legalize daily fantasy sports. Some other states have already approved the games, so it looks like DraftKings and FanDuel will be around for a while longer, especially if they can pad their user base this fall.
In this article: dailyfantasy, draftkings, entertainment, fantasyfootball, fantasysports, internet, leagues
All products recommended by Engadget are selected by our editorial team, independent of our parent company. Some of our stories include affiliate links. If you buy something through one of these links, we may earn an affiliate commission.