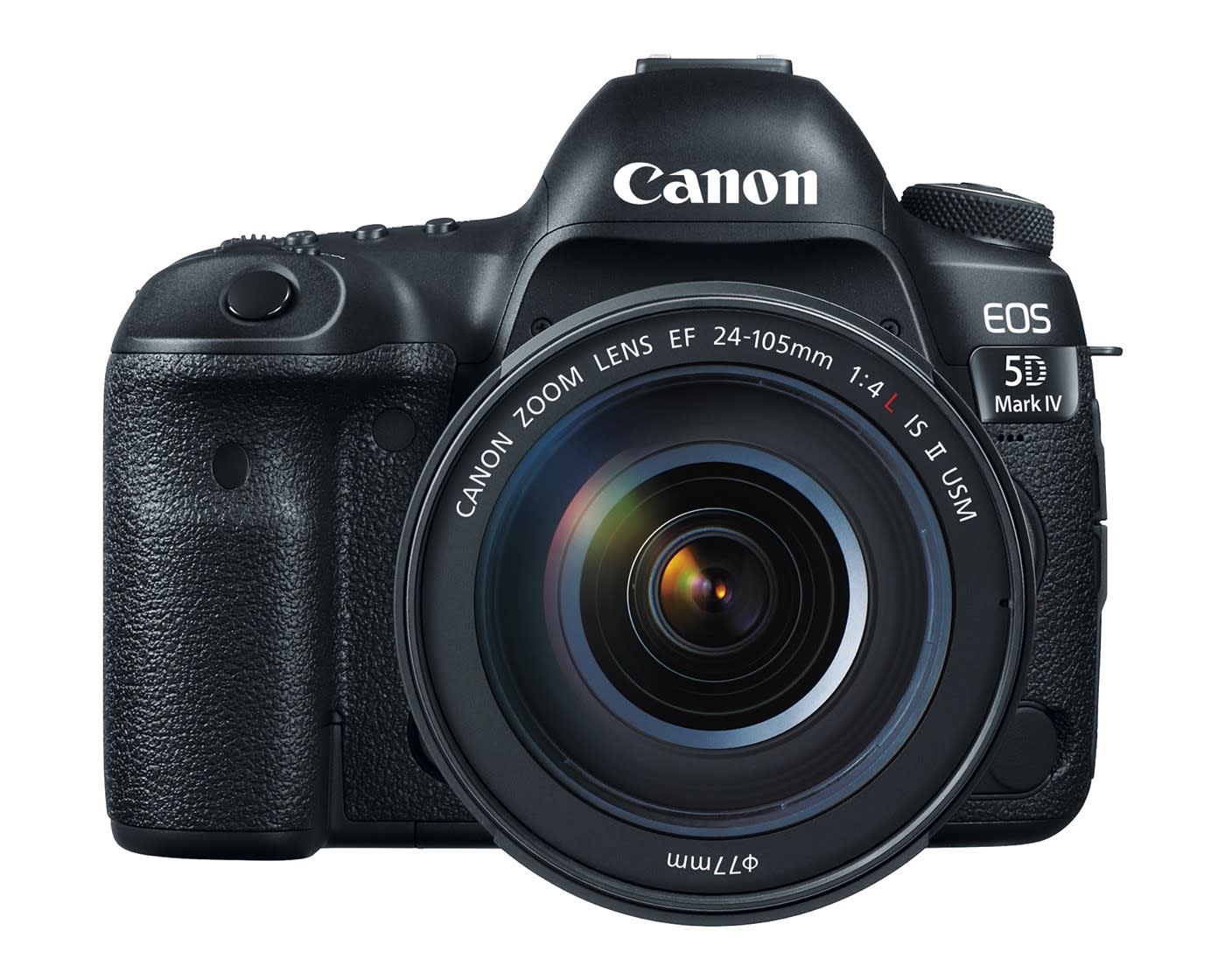 The moment Canon fans have anxiously waited for is here. Today, the company finally took the wraps off of its EOS 5D Mark IV, a DSLR geared toward photographers and videographers alike. For starters, the highly anticipated flagship camera features a brand new 30.4-megapixel, full-frame CMOS sensor and Digic 6+ processor. It also brings 4K video capability at 23.98, 24, 25 and 30 fps, as well as a 61-point autofocus system, built-in digital lens optimizer, NFC, WiFi and an ISO range of 100-32,000. All told, that's a big step up from the previous model, the EOS 5D Mark III -- one of the most beloved DSLRs out there. Similar to the 7D Mark II and the newly minted 80D, the 5D Mark IV boasts Canon's trademark Dual Pixel CMOS AF, which should make it easier to track subjects when you're shooting video. It's worth noting the Mark IV captures 4K at DCI resolution (4,096 x 2,160), rather than the UHD (3,840 x 2,160) on cameras like Nikon's D5. Another highlight is the addition of touchscreen; unlike the 1D-X Mark II, this one offers a full interface and isn't limited to video-only use.

Meanwhile, the continuous shooting mode is set at 7 fps, up from 6 on the 5D Mark III. The camera will take both CompactFlash and SD cards, and there's GPS too -- something Canon says had been heavily requested by EOS users. To round things up, Canon upgraded the weather resistance on the 5D Mark IV, making it more immune to many elements, including water and dust.

In this article: 5dmarkiv, camera, cameras, canon, canon5d, canon5dmarkiv, canoneos5d, canoneos5dmarkiv, dslr, eos5dmarkiv, gear, photokina, photokina2016
All products recommended by Engadget are selected by our editorial team, independent of our parent company. Some of our stories include affiliate links. If you buy something through one of these links, we may earn an affiliate commission.