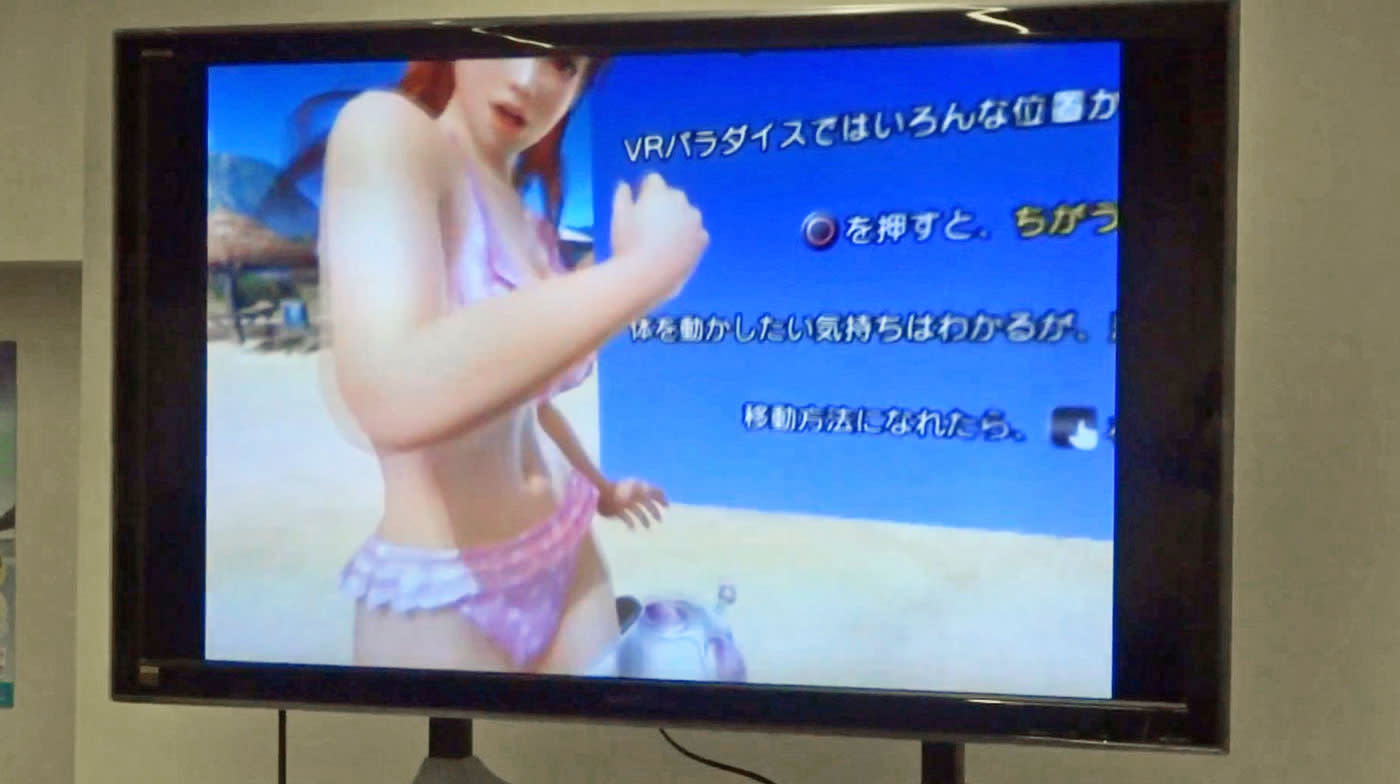 PlayStation VR is going to launch with a game that allows players to sexually assault a woman who is actively asking them to stop. Yes, that's exactly as gross as it sounds and yes, of course the game is Dead or Alive Xtreme 3. The game's virtual reality update is slated to launch on the same day as PlayStation VR, and features a handful of experiences designed to let players ogle the female body. A video from Gamer.ne.jp shows that one of these game modes features active harassment -- allowing a player to continually touch a woman who is verbally protesting.

Watching a grown man grope a bikini model in virtual reality is awkward enough in its own right, but listening to the video's dialogue makes it worse. As the player pokes and prods Kasumi's body with the PlayStation 4's motion controller, she tells him "I don't like it," and uses a word that directly translates to "bad" that is often used to flatly deny permission. The player persists, and the character naturally recoils. We did too -- it's a blatantly sexist and aggressive experience.

We've come to expect over-the-top, sexist gameplay from Dead or Alive's beach volleyball spinoffs, but denial of consent being part of Xtreme 3's VR gameplay takes the series to a new low. For the target market, this may well be part of the fantasy, but seeing that power fantasy played out on this console cycle's biggest hardware platform is pretty disturbing. The developers know it, too -- Koei Tecmo long ago decided that Dead or Alive Xtreme 3 might be too sexist for the US market. Well, they're not wrong.

In this article: av, culture, deadoralive, deadoralivebeachvollyball, deadoralivextreme3, gaming, koeitecmo, playstationvr, sexism, sexualharassment, tecmo, video, videogames, virtualreality, vr
All products recommended by Engadget are selected by our editorial team, independent of our parent company. Some of our stories include affiliate links. If you buy something through one of these links, we may earn an affiliate commission.
Share
Tweet
Share