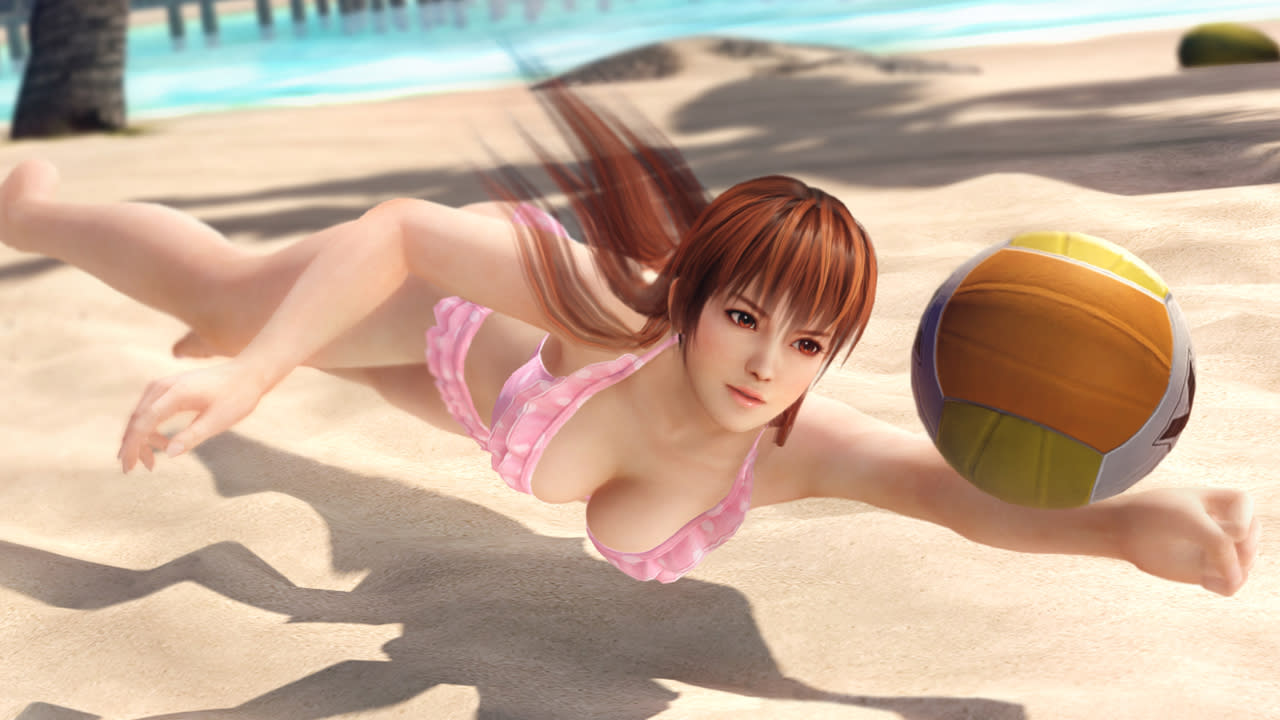 Dead or Alive Xtreme 3, the game where you play volleyball as scantily clad women, won't be making its way to the US or Europe. Apparently, the game's publisher is worried about how Western audiences will react to the way the franchise depicts women. The latest installment features a sun-tanning system (whatever the hell that means), butt fights (as seen in the gameplay trailer below) and the ability to dress the characters in a wide variety of costumes.

A rep for the publisher, Koei Tecmo, took to Facebook to explain the company's decision. He noted that he's aware of how the industry wishes to portray women in video games but also said that the company did not want to talk about such issues. He went on to say that the company has had many discussions over the last year or two about the release and have decided that it just isn't a good idea to release it in Western countries. What a shame! Without the franchise, where would anyone possibly find videos of barely-dressed women playing erotically on a beach? (Oh, that's right, anywhere on the internet). Dead or Alive Xtreme 3 is set to hit PS Vita and PlayStation 4 in Japan, with no plans to release it anywhere else at the current time.

In this article: DeadOrAlive, DeadOrAliveXtreme3, gaming, KoeiTecmo, playstation4, PlaystationVita, ps4, sexism, videogames
All products recommended by Engadget are selected by our editorial team, independent of our parent company. Some of our stories include affiliate links. If you buy something through one of these links, we may earn an affiliate commission.
Share
Tweet
Share