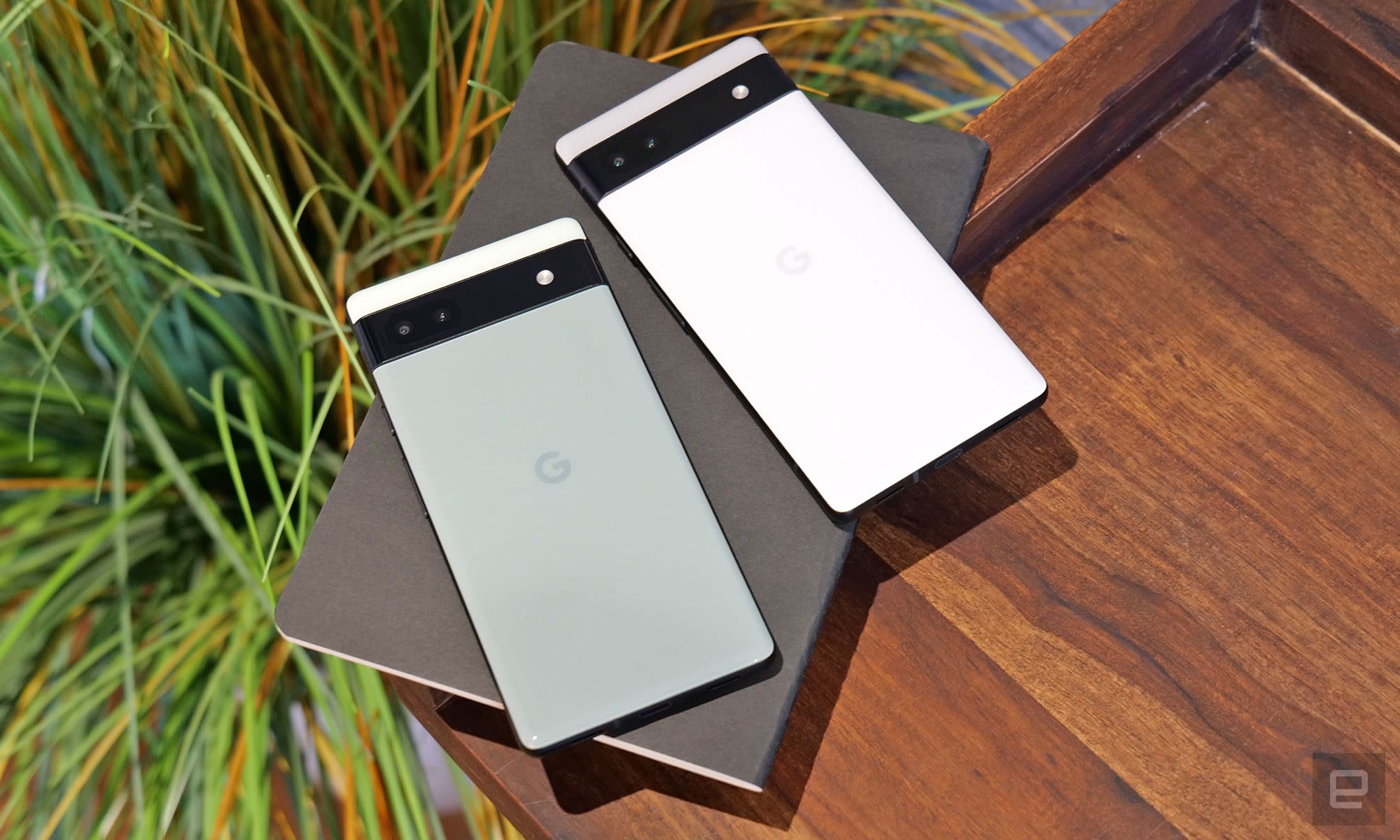 The Engadget guide to the best midrange smartphones

Who says greatness has to be expensive?

I. Bonifacic
@igorbonifacic
August 2, 2022 10:18 AM
In this article: thebuyersguide, gear, Google, evergreen, smartphones, Shopping, commerce, streamshopping, apple, bts2020, best tech, feature, oneplus, Samsung
All products recommended by Engadget are selected by our editorial team, independent of our parent company. Some of our stories include affiliate links. If you buy something through one of these links, we may earn an affiliate commission.

A great smartphone doesn’t have to cost a fortune. Years of commoditization have brought features once exclusive to high-end devices – including big batteries, multi-camera arrays and high refresh rate displays – down to their more affordable siblings. As one of Engadget’s resident mobile geeks, I’ve reviewed dozens of midrange devices. So I’m here to help you figure out what features to prioritize when trying to find a phone for less than $600.

What is a midrange phone, anyway?

While the term shows up frequently in articles and videos, there isn’t an agreed-upon definition for “midrange” beyond a phone that isn’t a flagship or an entry-level option. For this guide, our recommendations cost between $400 and $600. Any less and you should expect significant compromises. If your budget is higher, though, you should consider flagships like the iPhone 13 and Galaxy S22.

What factors should you consider when buying a midrange smartphone?

Buying a new device can be intimidating, but a few questions can help guide you through the process. First: what platform do you want to use? If the answer is iOS, that narrows your options down to exactly one phone. (Thankfully, it’s great.) And if you’re an Android fan, there’s no shortage of compelling options. Both platforms have their strengths, so you shouldn’t rule either out.

Obviously, also consider how much you’re comfortable spending. Even spending $100 more can get you a dramatically better product. And manufacturers tend to support their more expensive devices for longer. It’s definitely worth buying something toward the top limit of what you can afford.

Having an idea of your priorities will help inform your budget. Do you want a long-lasting battery? Do you value speedy performance above all else? Or would you like the best possible cameras? While they continue to improve every year, midrange phones still involve some compromises, and knowing what’s important to you will make choosing one easier.

Lastly, pay attention to wireless bands and network compatibility. If you don’t want to worry about that, your best bet is to buy directly from your carrier. To make things easier, all the phones we recommend are compatible with every major US wireless provider and can be purchased unlocked.

What won’t you get from a midrange smartphone?

Every year, the line between midrange and flagship phones gets blurrier as more upmarket features trickle down. When we first published this guide in 2020, it was difficult to find $500 devices with waterproofing or 5G. Now, the biggest thing you might miss out on is wireless charging. Just remember to budget for a power adapter too – many companies have stopped including them. Performance has improved in recent years, but can still be hit or miss as most midrange phones use slower processors that can struggle with multitasking. Thankfully, their cameras have improved dramatically, and you can typically expect at least a dual-lens system on most handsets below $600.

There’s a lot to like about Google's Pixel 6a. For one, it features the best cameras at this price. It may not have as many lenses as some of the other options on this list, but thanks to Google’s expertise in computational photography, the 6a delivers pictures that are on par with phones that cost hundreds more. Nighttime photos in particular are stellar thanks in part to Night Sight, which helps brighten up dim environments and bring out more detail.

The Pixel 6a has a few other things going for it. Thanks to its large battery and efficient chipset, you won’t have to worry about running out of juice. It lasted just over 19 hours in our battery testing, and Google's Tensor chipset allows the 6a to run very similarly to the flagship Pixel 6 and 6 Pro handsets. And those who plan to hang on to their smartphone for as long as possible will appreciate that Google plans to support the 6a with software updates for the next five years.

In addition to its solid battery life and performance, the Pixel 6a even has some advanced features you may not expect to see on a midrange phone. Its design looks very similar to the flagship models with the striking camera bar on the handset's rear top half, and it has a 2,400 x 1,080 resolution OLED touchscreen with an under-display fingerprint sensor. You'll only get a refresh rate of 60Hz on the 6a, but that's a small sacrifice to make when you're getting a number of other features at a killer price.

If you can get past its dated design and small 5.4-inch display, the iPhone SE is the fastest phone you can buy for less than $600. No other device on this list has a processor that comes close to the SE’s A15 Bionic. What’s more, you can expect Apple to support the 2022 model for years to come. The company is only just ending support for the first-generation SE after six years. The company hasn’t said how long it intends to furnish the latest SE with new software, but it’s likely to support the device for a similar length of time.

For all its strengths, the iPhone SE is held back by a dated display. Not only is the SE’s screen small and slow, but it also uses an IPS panel instead of an OLED, meaning it can’t deliver deep blacks. Additionally, that screen is surrounded by some of the largest bezels you’ll find on a modern phone. That’s not surprising. The SE uses the design of the iPhone 6, which will be a decade old in two years. And if the SE looks dated now, it will only feel more tired in a few years.

The midrange phone with the best screen: Samsung Galaxy A53 5G

For the best possible display at this price, look no further than Samsung’s $450 Galaxy A53 5G. It features a 6.5-inch Super AMOLED display that is ideal for watching TV shows and movies. Plus the 120Hz panel is the fastest on this list. Other standout features include a 5,000mAh battery and versatile camera system. The A53’s three cameras may not deliver photos with the same detail and natural colors as the Pixel 6a, but it can capture bigger scenes with its two wide-angle lenses.

Like the other Android phones on this list, the A53 isn’t the fastest performer. At best, Samsung’s Exynos 1280 is a lateral move from the Snapdragon 750G found in the Galaxy A52 5G. And though the A53 is $50 cheaper than its predecessor, it no longer comes with a power adapter and headphone jack, so the difference may not end up being much.

If you only have around $200 to spend on your next phone, you could do a lot worse than the OnePlus Nord N200 To start, it features a big 5,000mAh battery that will easily last you a full day. The N200 also has a 90Hz display and 5G connectivity, which are tricky to find at this price. Best of all, it doesn’t look like a budget product.

But the N200 is also a good illustration of why you should spend more if you can. I the slowest device on this list, due to its Snapdragon 480 chipset and paltry 4GB of RAM. Its triple main camera system is serviceable during the day but struggles in low light and doesn’t offer much versatility beyond a disappointing macro lens. OnePlus also doesn’t plan to update the phone beyond the soon-to-be-outdated Android 12. In short, the N200 is unlikely to last you as long as any of the other recommendations on this list.