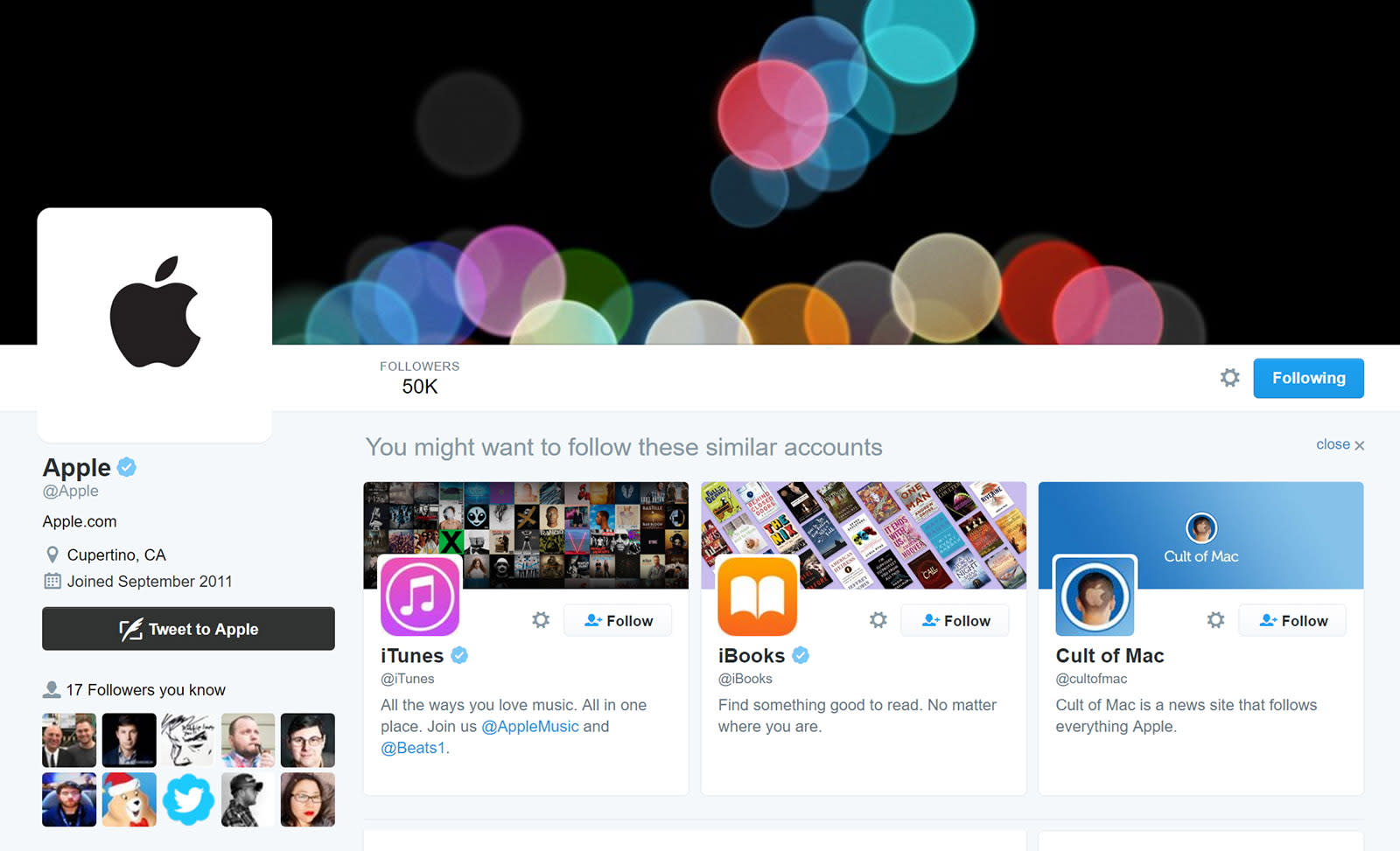 Apple has activated its Twitter account and redesigned the Newsroom just days ahead of its iPhone 7 event on September 7th. The company has had a Twitter account since September 2011, but has never tweeted anything and, until now, had a generic "egg" avatar. That's now been replaced by the Apple logo and a background with the same design as its event invitation. It still has only 50,000 followers, but that will change very quickly if it starts to tweet regularly.

My guess as well: they'll live tweet the event. https://t.co/XBbhk3ptZM

Bloomberg's Mark Gurman, who has broken numerous Apple stories in the past, suggested that Apple activated its Twitter account in order to live Tweet next week's event. The company has live-blogged events before, to accompany its video streams, but doing one on Twitter would be new.

Apple also redesigned its Newsroom press relations site. Articles are now much larger, feature images, and have been arranged in a "Storify" style with a card for each. The company recently added three "Apple Original" articles about how to use Siri. At the bottom of each article, it now includes the direct contact information for PR personnel, something it has never done before. The changes wouldn't be that big a deal for most companies, but Apple hasn't changed its approach to the press since, well, forever.

In this article: apple, business, culture, Event, internet, iPhone, Newsroom, PR, SocialMedia, Twitter
All products recommended by Engadget are selected by our editorial team, independent of our parent company. Some of our stories include affiliate links. If you buy something through one of these links, we may earn an affiliate commission.