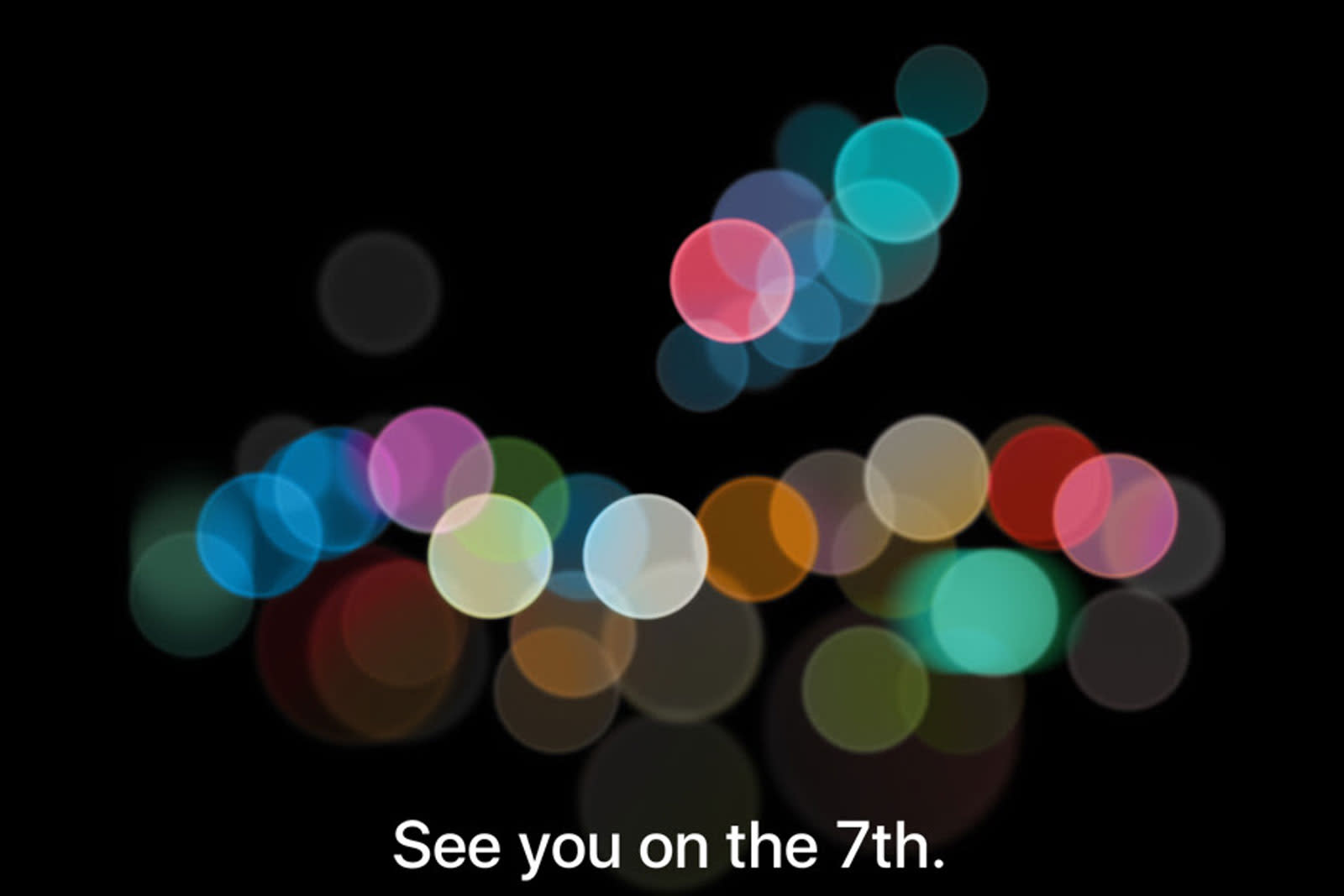 The rumor was right on the money -- Apple has sent out invitations for a media event on September 7th. The teaser is characteristically cryptic between its out-of-focus lights (which, naturally, form an Apple logo) and "see you on the 7th" slogan. However, you don't have to read the tea leaves to have an idea of what to expect when Tim Cook and company take the stage. It's very likely that you'll see the next iPhone, which may ditch the conventional headphone jack, tout improved cameras and carry extra storage. There's also a chance that you'll see a new Apple Watch with GPS, a bigger battery and better water resistance. One thing's for sure: we'll be there to give you the full scoop.

In this article: apple, applewatch, applewatch2, event, gear, invitation, iphone7, iphone7plus, mobile, smartphone, wearable, wearables
All products recommended by Engadget are selected by our editorial team, independent of our parent company. Some of our stories include affiliate links. If you buy something through one of these links, we may earn an affiliate commission.