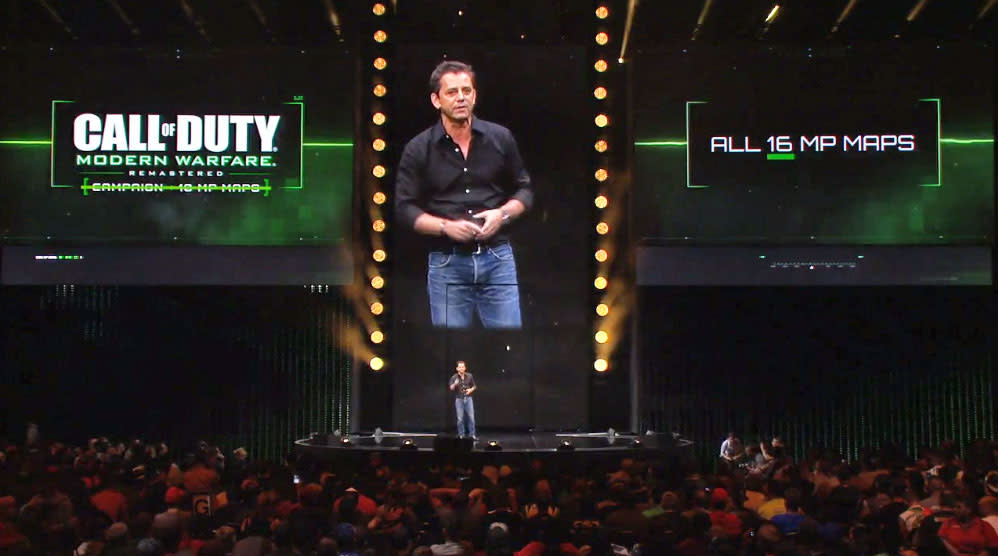 Call of Duty: Modern Warfare Remastered will eventually include all 16 default multiplayer maps from the original game, Activision announced during a livestream at the Call of Duty XP fan event in Los Angeles. The game will launch with 10 "fan favorite" multiplayer maps, including Crash, Backlot, Crossfire, Overgrown and Bog, and the six remaining maps will be added in December.

Anyone who owns Modern Warfare Remastered will receive the six additional maps for free, an Activision spokesperson clarified to Engadget.

All 16 Modern Warfare MP maps are coming to all #MWRemastered owners. That's 10 #MWRemastered maps at launch and 6 maps coming in December.

In this article: activision, av, CallOfDuty, callofdutyinfinitewarfare, CallOfDutyModernWarfare, gaming, infinitewarfare, modernwarfare, personal computing, personalcomputing, treyarch
All products recommended by Engadget are selected by our editorial team, independent of our parent company. Some of our stories include affiliate links. If you buy something through one of these links, we may earn an affiliate commission.