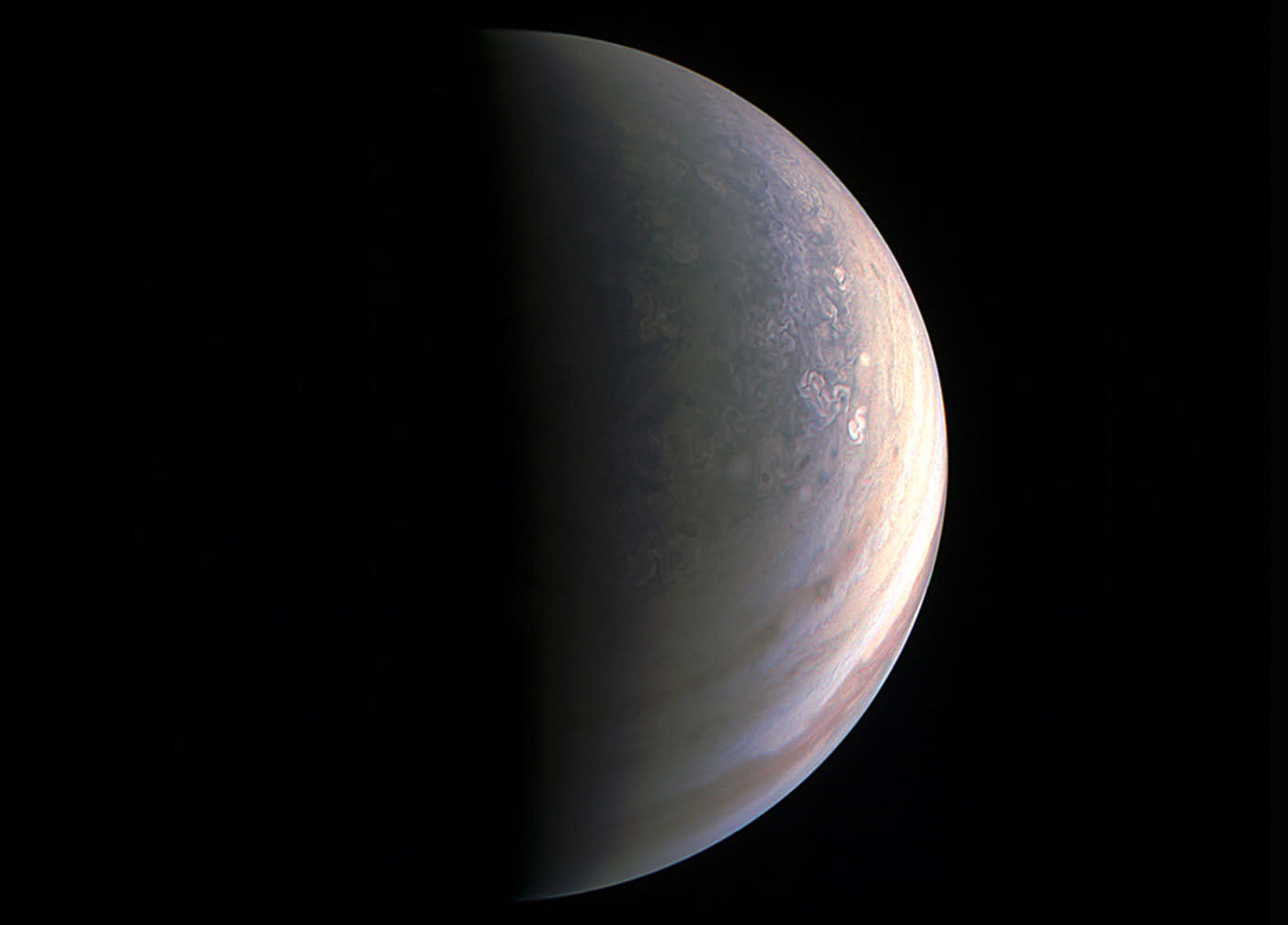 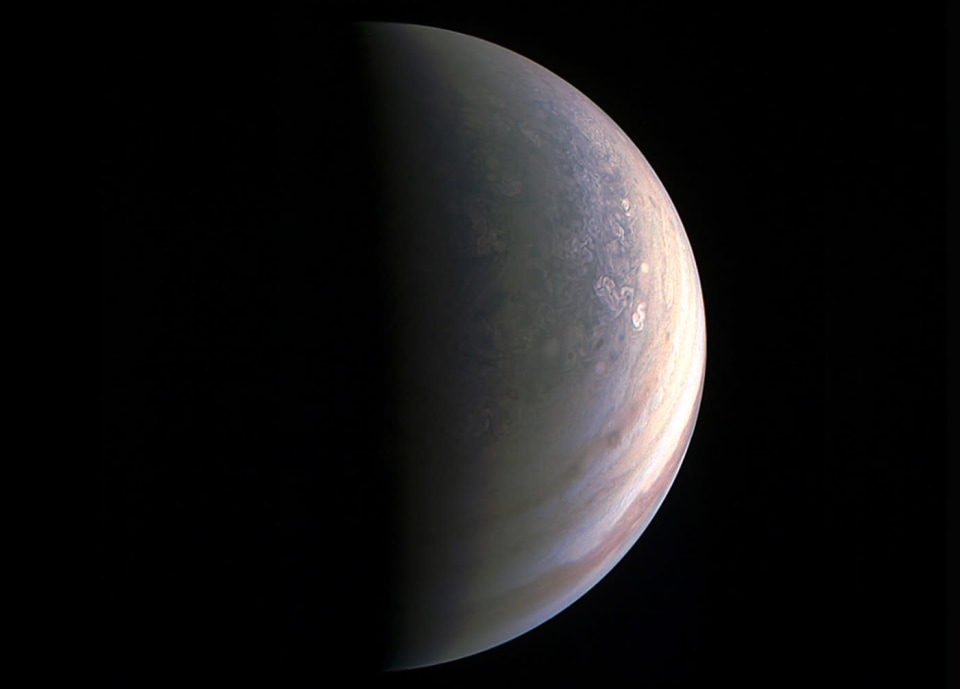 When someone mentions the planet Jupiter, you probably think of the image we're all familiar with: that one with a view of its equator, bands and the Great Red Spot. That's why the photos above and below the fold might look like an alien world, when in reality, they're snapshots of the gas giant from a different angle. NASA's Juno spacecraft captured the planet's north polar region on cam two hours before its closest approach in late August. It was 120,000 miles away when the JunoCam took these pics, but it got as close as 2,600 miles above Jupiter's surface. The last time we caught a glimpse of the gas giant's polar region was back in 1974 when the Pioneer 11 probe passed by.

Besides sending back new images of the planet, Juno has also beamed back radio emissions associated with its dramatic auroras. NASA had to shift the emissions' audio rendition to a lower register since they're way above the range our ears can hear. The whole thing still sounds shrill, but if you want to hear Jupiter's auroras sing, hit play on the video below.