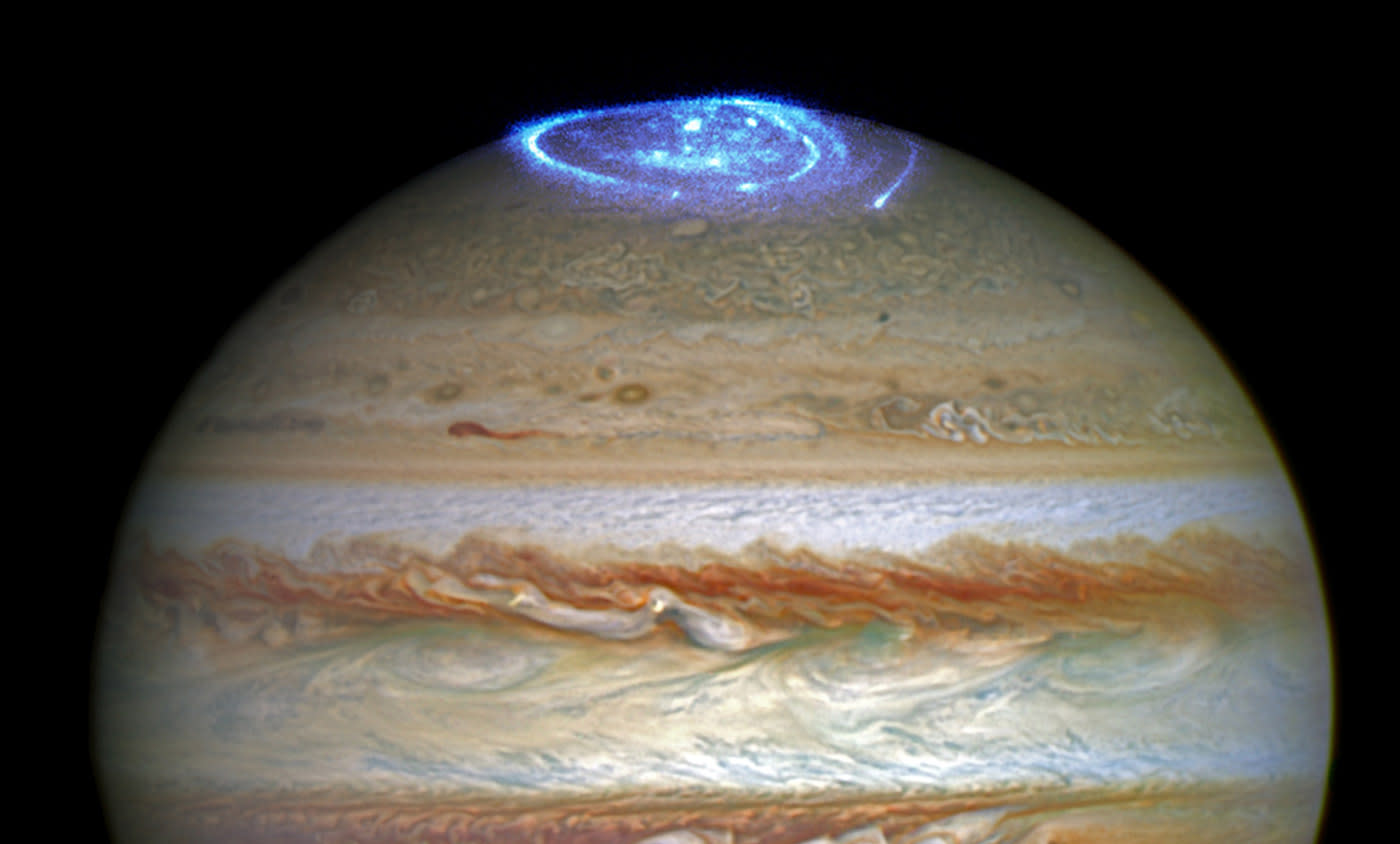 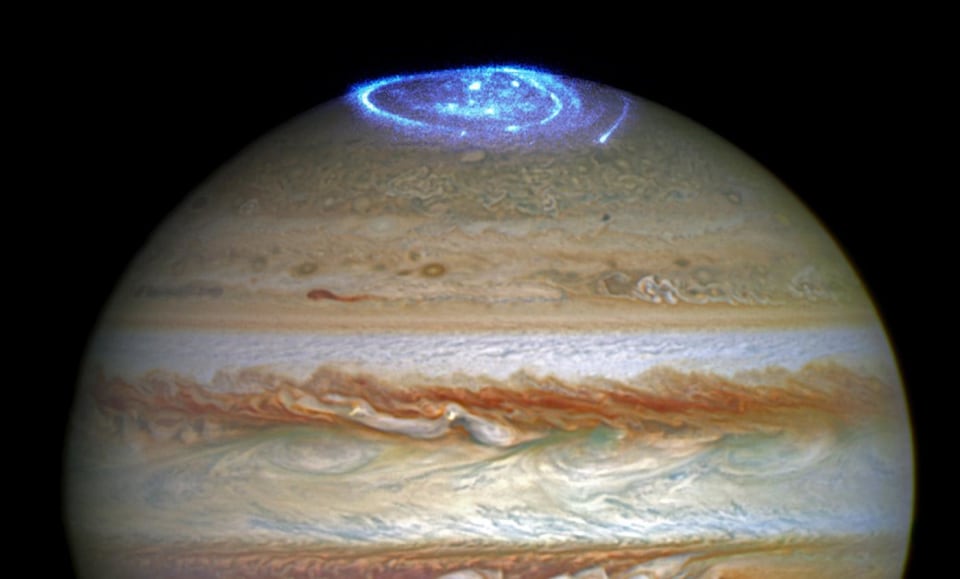 The wispy, glowing veil sitting on top of Jupiter in the image above is actually a humongous aurora captured on cam by Hubble. A team of astronomers are using the telescope's ultraviolet instruments to study nature's light shows on the poles of the gas giant. They timed their study to coincide with Juno's arrival on the planet, since one of their goals is to determine how different solar wind conditions and other factors affect Jupiter's auroras. The spacecraft is in charge of measuring various solar wind properties, while they continue capturing images and videos almost every day during the duration of the mission.

Astronomers want to study Jupiter's auroras, because they're quite different from what we're used to. They're big enough to be able to envelope the entirety of our planet, and they're so powerful, they never go away. See, they're fueled not just by solar winds like their counterparts here on Earth, but also by charged particles from Io (one of Jupiter's four biggest moons), which has numerous volcanoes. According to team leader Jonathan Nichols from the University of Leicester, the gas giant's auroras are the most dramatic and active he's ever seen. He said: "It almost seems as if Jupiter is throwing a firework party for the imminent arrival of Juno."

You can find all the team's images and videos on Hubblesite, but these are merely the first ones --you can expect to see more in the coming months.

In this article: aurora, hubble, juno, jupiter, nasa, science, space
All products recommended by Engadget are selected by our editorial team, independent of our parent company. Some of our stories include affiliate links. If you buy something through one of these links, we may earn an affiliate commission.