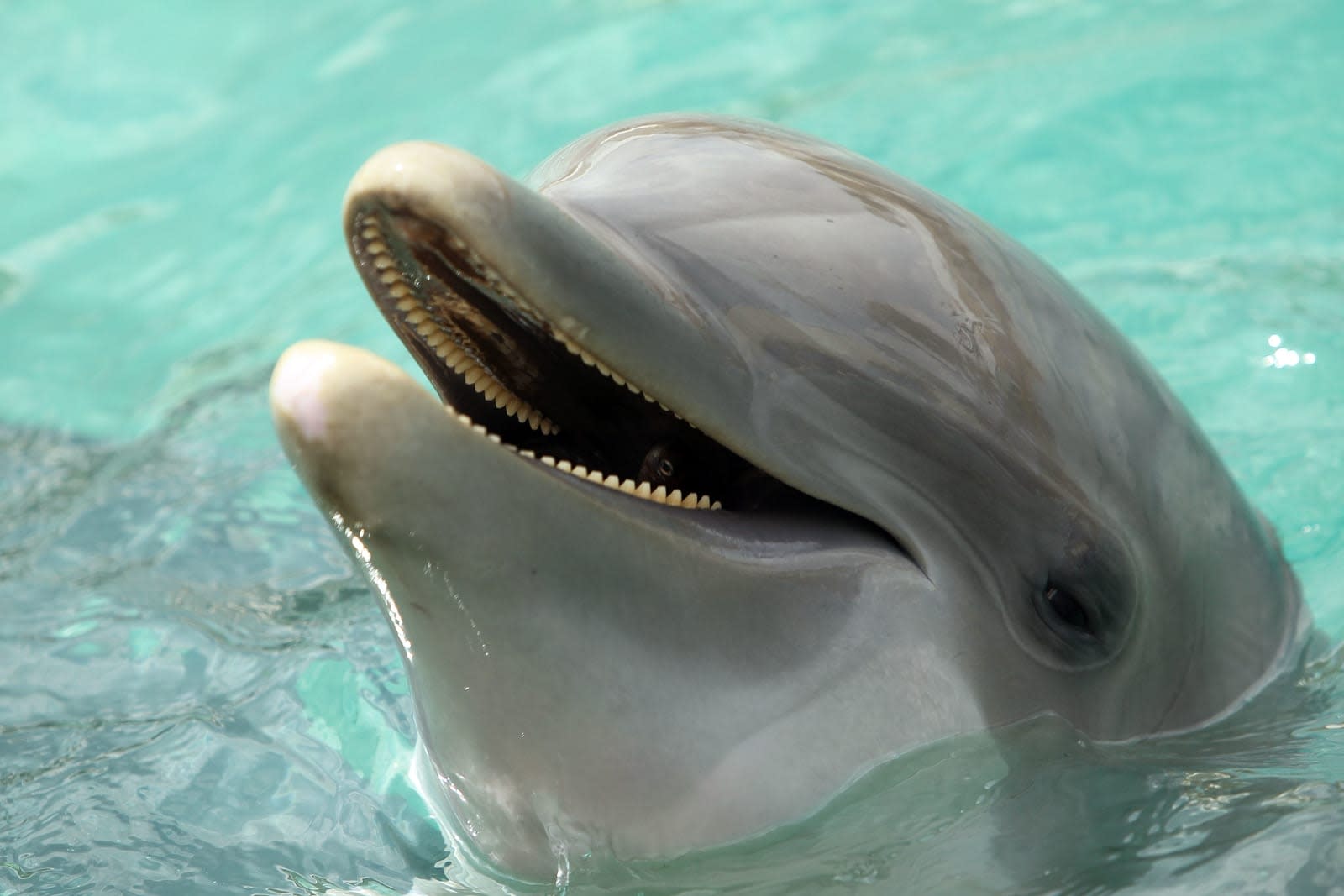 It's not just the family dog that can understand complex language. Researchers at Karadag Nature Reserve in Feodosia, Ukraine have made an incredible discovery: dolphins are able to speak to one another in complete sentences containing up to five words apiece.

We've known for years that dolphins are ludicrously intelligent creatures and regularly signal each other to warn of danger using clicks and whistles. However researchers at Karadag managed to record a pair of Black Sea bottlenose dolphins, Yasha and Yana, carrying on what can only be described as a conversation. Using a new type of high-fidelity underwater microphone capable of discerning the dolphins' various sounds, researchers found that the animals use "words" and, even more incredibly, patiently wait until the other has finished with its "sentence" before replying.

All we need to do now is figure out what they're actually saying. Past research has translated a select number of dolphin "words" that identified individuals and alerted them to the presence of food. But currently, trying to understand what Yasha and Yana are talking about is like trying to follow a conversation in Mandarin if all you know how to say is, "Hey Jeff, there's cheese here." Further research is clearly needed but this is a huge discovery that could eventually allow us to speak with another species.

In this article: Black Sea, dolphin, Feodosiya, green, karadag, Karaganda, language, russia, science, SeaquestDsv, speech
All products recommended by Engadget are selected by our editorial team, independent of our parent company. Some of our stories include affiliate links. If you buy something through one of these links, we may earn an affiliate commission.