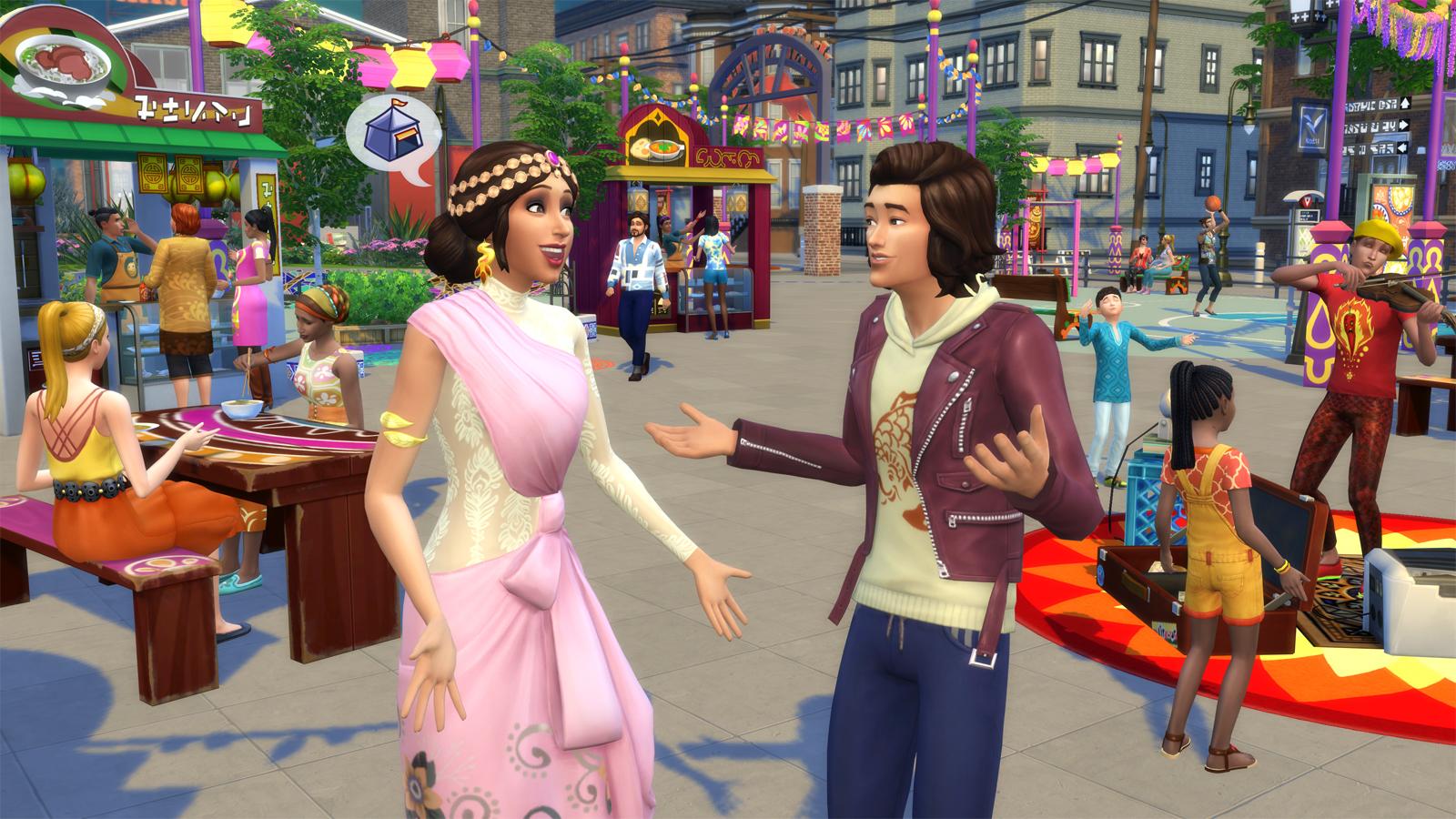 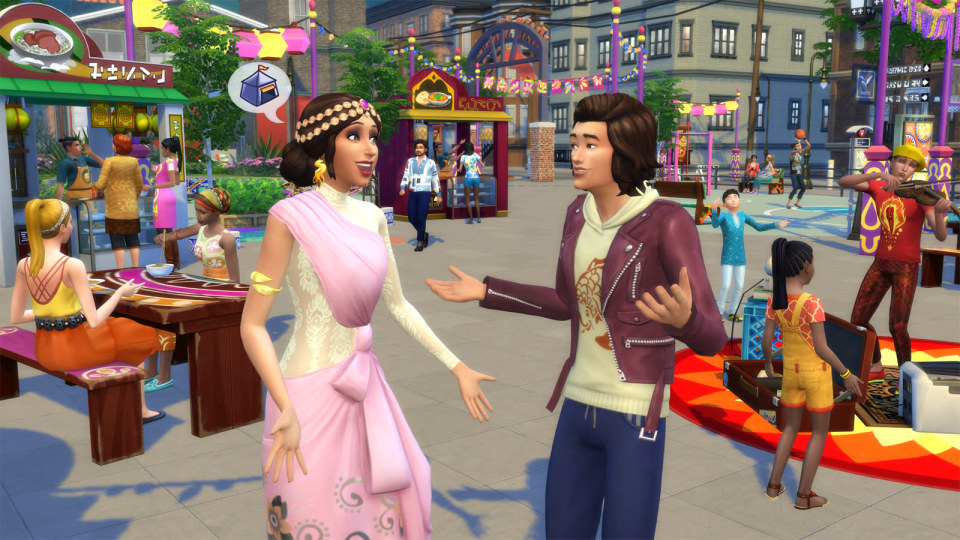 As much as The Sims 4 has done to expand its cultural boundaries over time, it has always been set in the suburbs -- you know, that bastion of conformity and homogeneity. What about the city, where experiences tend to be more diverse? Enter City Living, a new paid add-on for the game that (surprise!) takes place in an urban landscape. You can live in or visit four distinct neighborhoods in San Myshuno, and broaden your horizons by attending street festivals or crooning at the local karaoke bar. At first glance, it's a more varied experience -- both culturally and in terms of gameplay.

And while we wouldn't exactly call a Sims game gritty, it's clear that City Living at least acknowledges the realities of downtown life. Your goal is to work your way up from a tiny starter apartment to a penthouse, and you have to deal with apartment nuisances like noisy neighbors and landlords (hopefully this doesn't mean waiting months to get something fixed). There are three new careers, including politics, and activities now include urbanite favorites like basketball or mural painting.

As with many Sims expansions, City Living won't come cheap: you can pre-order the Mac/Windows title for $40 ahead of its November 1st release date. However, this is a larger change than we've seen in some Sims booster packs. Simply put, it's acknowledging a very common human experience that was conspicuously absent until now.

In this article: cityliving, culture, diversity, ea, expansion, expansionpack, games, gaming, mac, maxis, personal computing, personalcomputing, thesims, thesims4, videogames, windows
All products recommended by Engadget are selected by our editorial team, independent of our parent company. Some of our stories include affiliate links. If you buy something through one of these links, we may earn an affiliate commission.