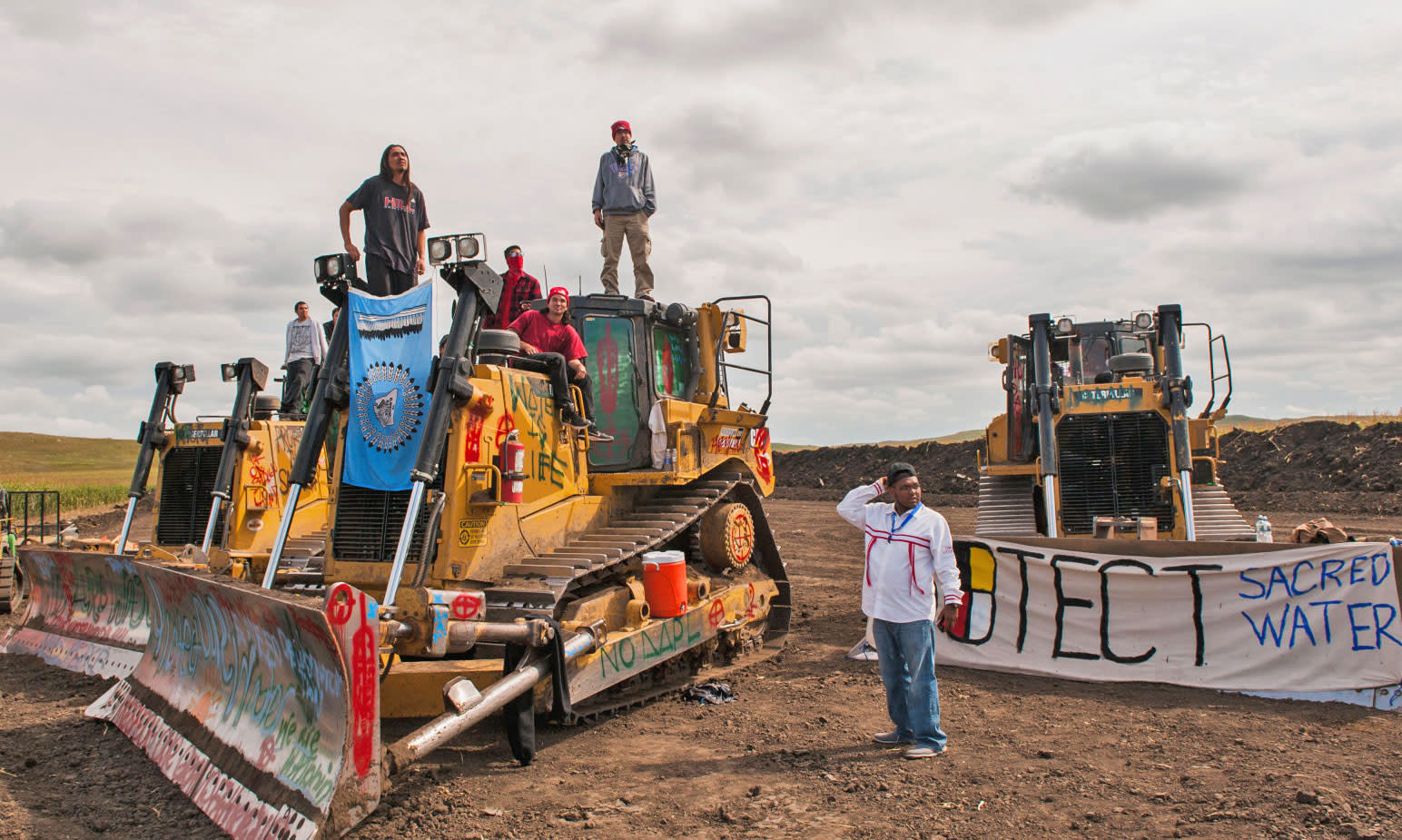 Facebook has long had a tough time walking a fine line when it comes to political material, and the pressure isn't about to let up any time soon. Unicorn Riot maintains that Facebook censored their live stream of a protest against the Dakota Access Pipeline, deleting the Livestream.com link shortly before two of its reporters were caught up in a mass arrest. Comments and posts popped up security alerts when they contained the link, and Facebook's debugger insisted that the web address ran afoul of "community standards."

As you might guess, Facebook disagrees with the notion that there were any sinister motivations. It tells Motherboard that its automated spam filter pulled the link "in error." The social network restored the link once it had a chance to investigate, and has since apologized. "We sometimes get things wrong," it says, noting that there are "million of [spam] reports" every week. We've reached out to Facebook ourselves for comment and will let you know if it has more to add.

While the evidence appears to support Facebook's claims, the incident still underscores problems the site has whenever it pulls politically sensitive material. Whether it's a ban (such as the Terror of War photo) or an error (like with the shooting of Philando Castile), any removal is virtually guaranteed to fan accusations of censorship. Facebook has over 1.7 billion users -- it's by far the most popular place to share content online, and even a relatively rare glitch is bound to be noticed by many people. So long as Facebook's automated systems (and increasingly rarely, human overseers) are less than bulletproof, these sorts of incidents are more a matter of "when" than "if."

In this article: activism, censorship, culture, dakotaaccesspipeline, facebook, internet, livestream, livestreaming, northdakota, politics, protest, services, socialnetwork, socialnetworking
All products recommended by Engadget are selected by our editorial team, independent of our parent company. Some of our stories include affiliate links. If you buy something through one of these links, we may earn an affiliate commission.