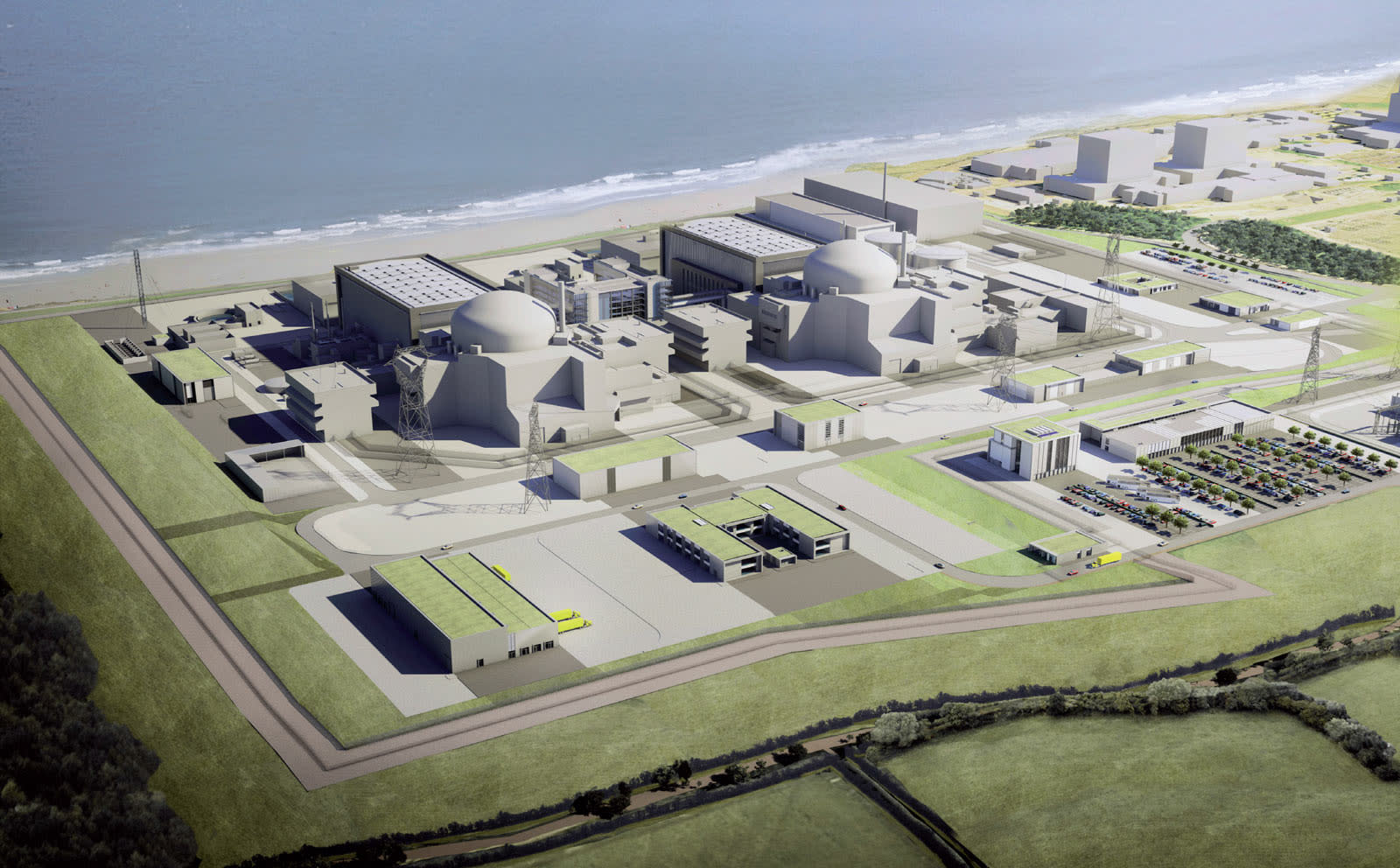 Eight years after it was first proposed, the UK government today gave the final go-ahead for Hinkley Point C, a new nuclear power plant to be built in Somerset. The two-reactor site is expected to become operational in 2025, at which point the majority of live nuclear power stations in the UK will be decommissioned, or only a few years away from the same fate. Point C is slated to generate 3,200 megawatts -- roughly 7 percent of the UK's total consumption and well over double the output of any currently operational site. The first new nuclear plant to be built in the UK in decades, it'll also be one of the priciest projects the world has even seen, with conservative estimates putting construction costs alone at £18 billion.

Hinkley Point C will be funded primarily by France's EDF Group and its Chinese partner CGN: An arrangement that's been subject to several reviews by the UK government. In fact, today's approval comes with some extra fine print, agreed to by EDF to get the project off the ground. One of the key criticisms of Point C is that this huge piece of energy infrastructure will be controlled by foreign investors. The new agreement with EDF means the government will have some weight to throw around, though.

The powers that be can prevent EDF from selling its stake prior to completion, for example, as well as intervene on any dealings after the site is up and running. The Office for Nuclear Regulation will have to be notified of any potential changes to ownership, and will work with the government to "protect national security," should any need for that arise.

The nuclear plant has been controversial since its very inception, and it's not just who owns the thing that people have taken issue with -- the government guaranteeing EDF a price per megawatt hour (Mwh) that's more than double the current cost of wholesale electricity, for instance.

Also, aside from the obvious safety concerns, organisations like Greenpeace have long criticised the Hinkley plan as a step backwards. Many argue such a huge amount of money would be better spent elsewhere, on renewable sources. In addition to this mammoth nuclear plant, the UK recently approved plans for the world's largest wind farm, to be built off the coast of Grimsby.

In this article: culture, edf, energy, green, hinkley, hinkleypointc, nuclear, nuclearpower, nuclearpowerplant, politics, powerplant, science
All products recommended by Engadget are selected by our editorial team, independent of our parent company. Some of our stories include affiliate links. If you buy something through one of these links, we may earn an affiliate commission.