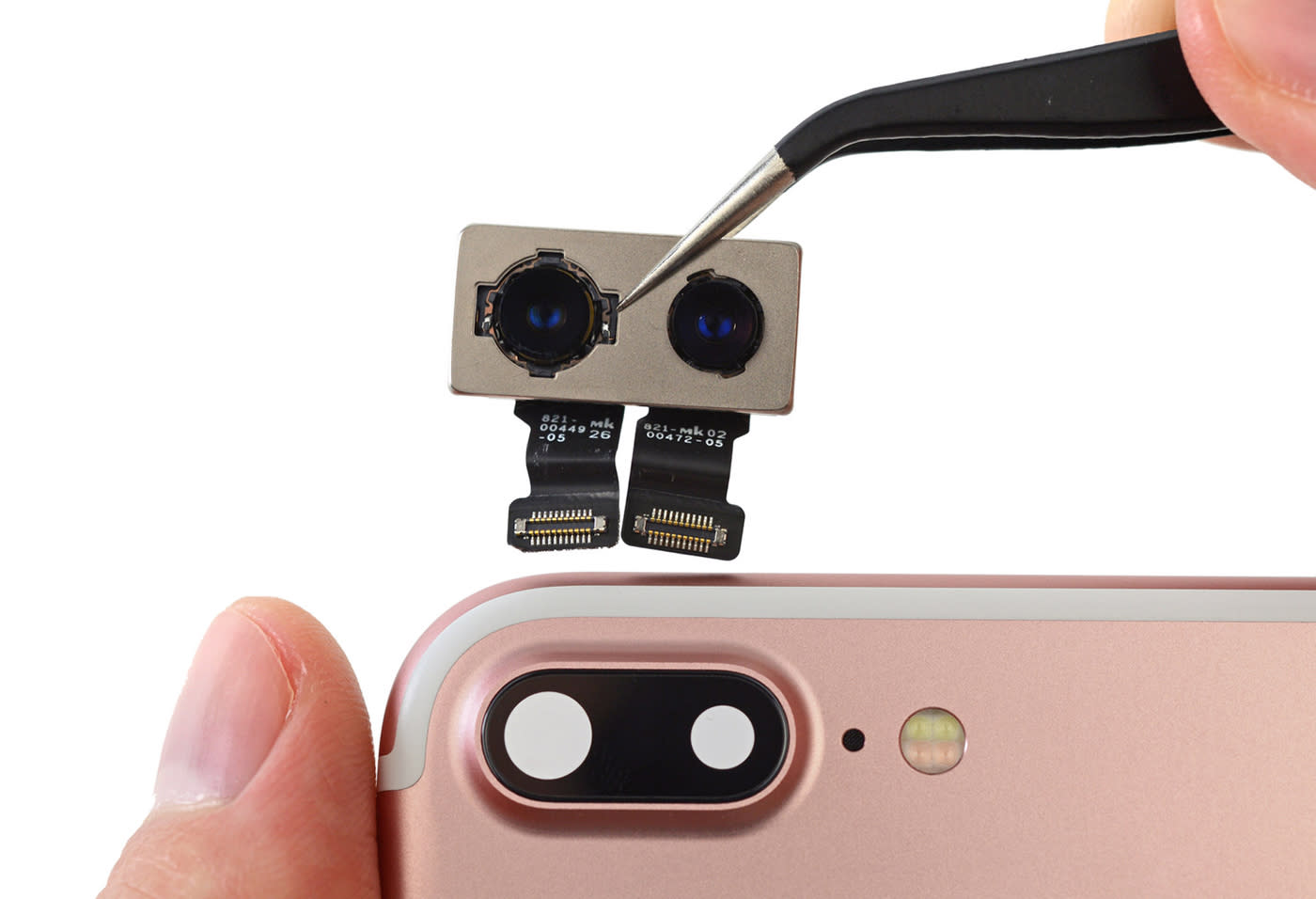 iFixit has given Apple's latest plus-sized flagship phone the same treatment it gave its older siblings. It's currently in the midst of tearing down an iPhone 7 Plus, taking it apart piece by piece to give us a more complete picture of what's going on inside that rose gold facade. The team already tore down the part where the headphone jack used to be, and it looks like Apple really didn't make room for the 3.5mm port. That corner of the phone also contains the Taptic Engine, which looks much, much bigger than the one inside the 6s Plus. Makes sense, since the Home button now makes the phone vibrate when you push it.

iFixit also confirms that the new phone's battery is a bit bigger than the one in 6s plus (2900 mAh vs. 2750 mAh), which supports Apple's claim that it can last an hour longer. As you can see above, the device's dual rear camera comes as a single module. It lives in the bigger exterior bump that's now apparently built into the chassis itself as a water- and dust-proofing measure. You can follow the team as they dig into the the phone's innards further. But if you're more interested in what's inside the Apple Watch Series 2, you can also keep an eye out for its teardown right here.

Update: The team is almost done. Besides a more waterproof camera nook, they also discovered that this model's Lightning connector is protected by a full-on rubber gasket to prevent water from getting in. In fact, the whole phone has a whole lot of waterproofing going on. As for the new home button, iFixit was able to remove it, so yes, it is replaceable in case it ever malfunctions.

In this article: apple, gear, ifixit, iphone, iphone7, mobile, teardown
All products recommended by Engadget are selected by our editorial team, independent of our parent company. Some of our stories include affiliate links. If you buy something through one of these links, we may earn an affiliate commission.