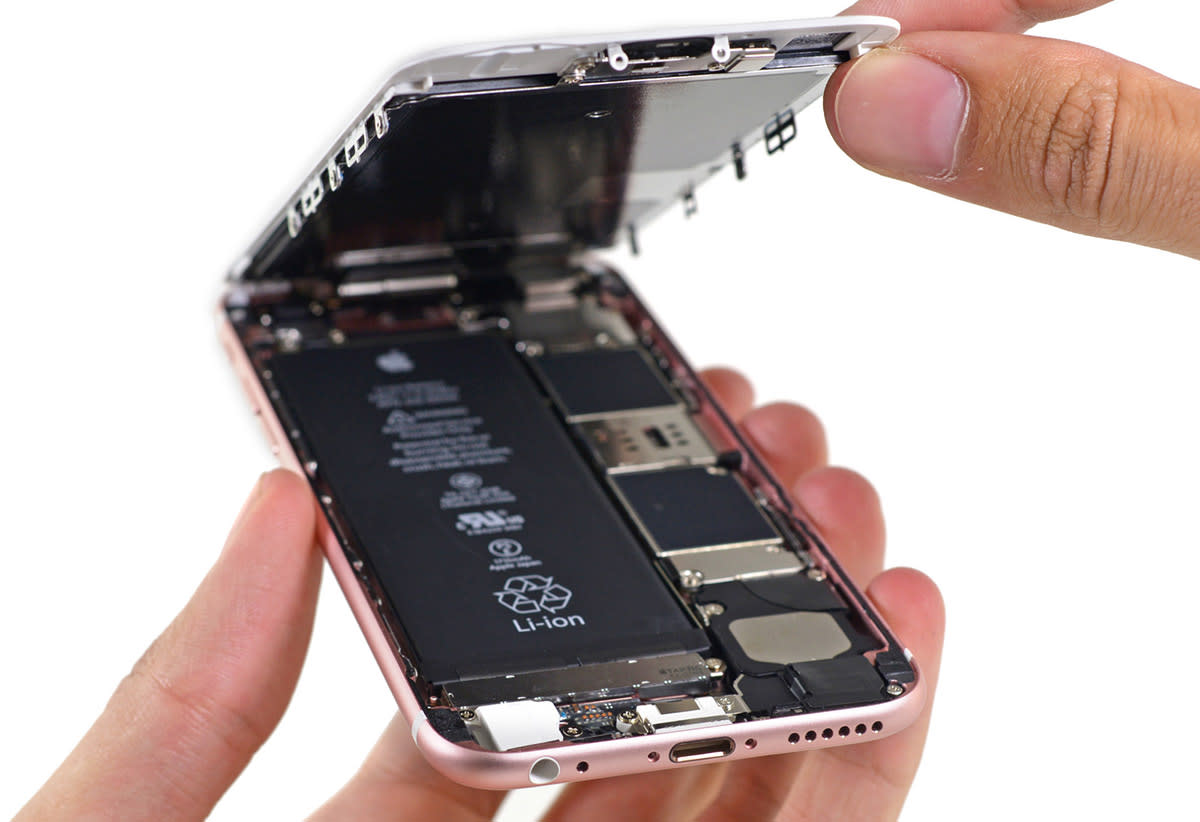 The launch of a new iPhone means the iFixit team also has something new to take apart. This year, the team's teardown efforts have confirmed that the iPhone 6s sports a 1715 mAh battery that's comparably smaller to the previous generation's (1810 mAh). As we mentioned in the past, it's most likely to make sure that the phone isn't that much bulkier than its predecessor despite the addition of a Taptic engine (the silver component below the battery above) and a heftier display. The whole display assembly is apparently thicker than before and is 15 grams heavier at 60 grams, due to the extra capacitive sensors that enable 3D Touch. iFixit has also taken a closer look at the device's other components, including its more pixel-rich cameras and two microphones, giving it a decent repairability score of 7 out of 10. By the way, if you're wondering, the rose gold iPhone comes with screws colored to match.

In this article: apple, ifixit, iphone6s, mobilepostcross, teardown
All products recommended by Engadget are selected by our editorial team, independent of our parent company. Some of our stories include affiliate links. If you buy something through one of these links, we may earn an affiliate commission.