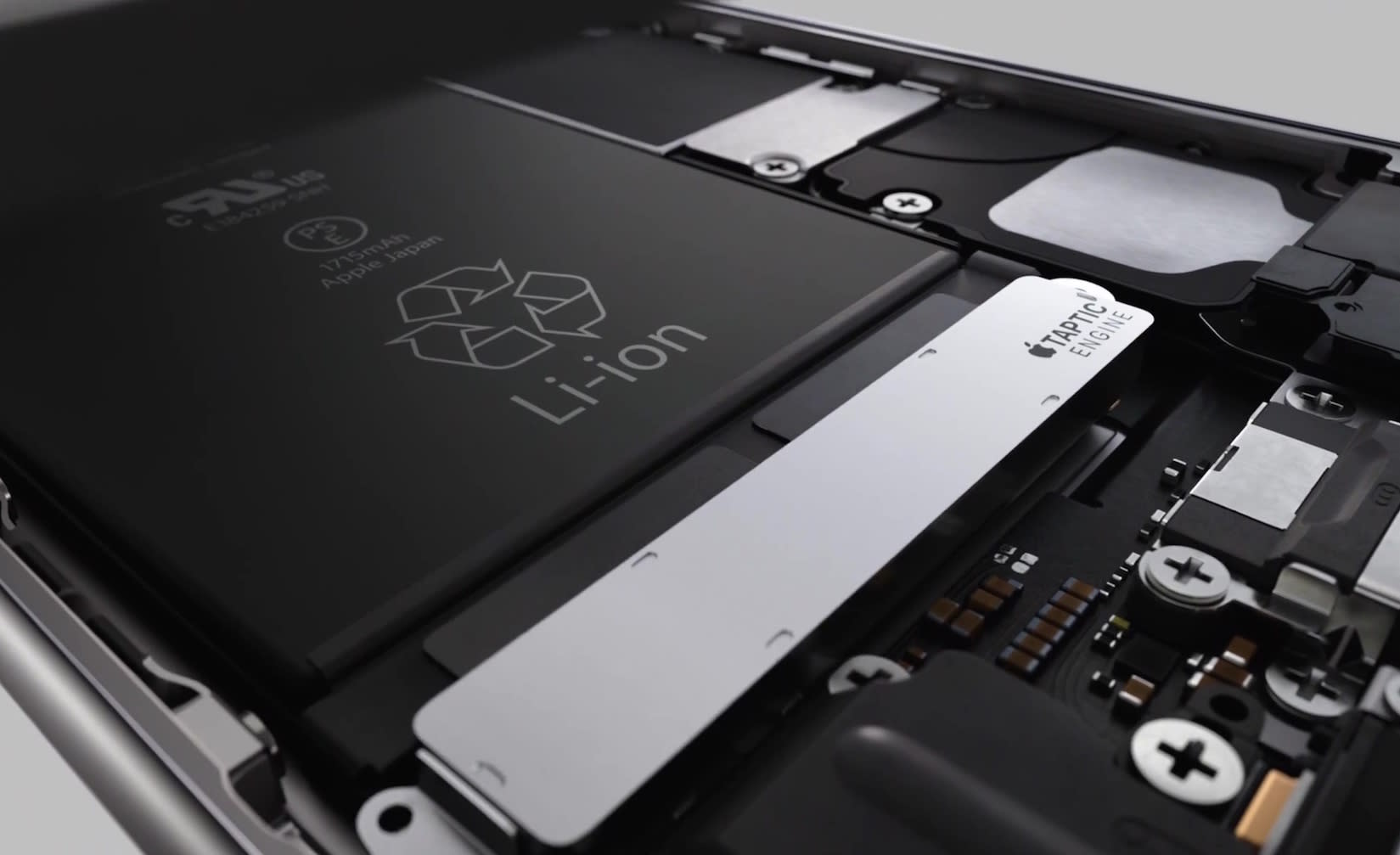 Although the new iPhone 6s and iPhone 6s Plus don't look all that different, Apple has sneaked in a few major hardware changes. 3D Touch was one of the big announcements, which allows the iPhone to determine how much pressure you apply to the screen and display shortcuts and other features accordingly. However, this enhancement appears to come at a small cost: battery size. In a video introducing the iPhone 6s family, Apple briefly flashes the battery capacity of the base model. Its 1715 mAh rating is a touch lower than the 1810 mAh battery in the iPhone 6.

If you're fretting that your (potential) new iPhone will offer less day-to-day usage than its counterpart, worry not. Apple claims that the iPhone 6s will offer the same battery life as the iPhone 6, suggesting that the company has improved power efficiency in its new models. Another reason for the smaller battery could come down to the iPhone 6s' Taptic Engine, which takes up the space previously allocated to the battery. Apple's new sensor detects the level of pressure by measuring the tiny amount of flex between the cover glass and the backlight. Apple hasn't shared the size of the iPhone 6s Plus' power source, so we'll likely have to wait for a third-party teardown before we find that out.

If you're comparing the specifications of your shortlisted smartphones, then the smaller battery may stand out. But for most people, the difference will likely be negligible. Then again, users have differing opinions on iPhone battery life, including Jony Ive. Apple's Chief Design Officer argues that the thin and light design of the iPhone simply means that people are using it more, so they need to charge it more often.

In this article: 3d touch, 3dtouch, apple, battery, iphone, iphone 6s, iphone6s, mobilepostcross
All products recommended by Engadget are selected by our editorial team, independent of our parent company. Some of our stories include affiliate links. If you buy something through one of these links, we may earn an affiliate commission.