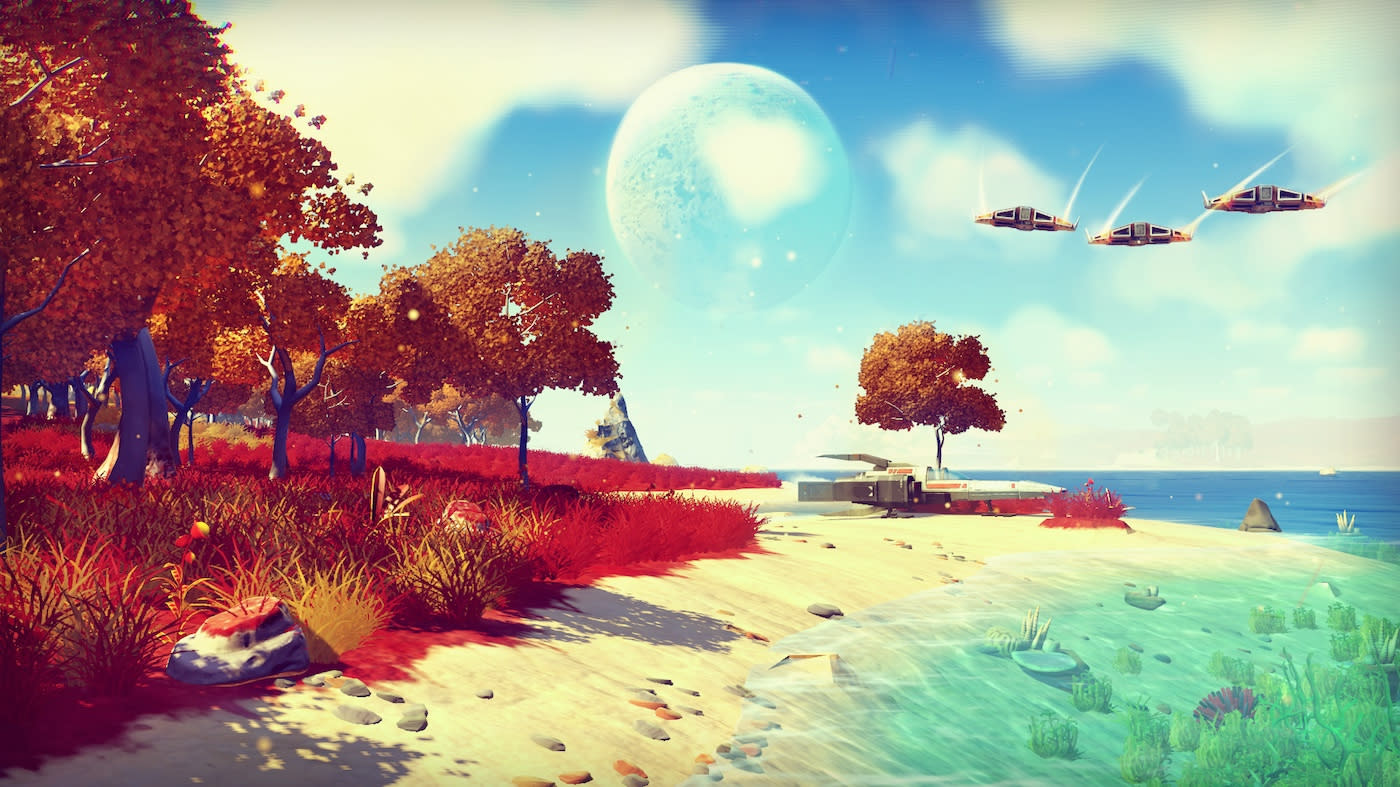 The vast and ambitious No Man's Sky didn't have the smoothest of launches. Even after pushing out a huge day-one patch, some players still encountered glitches and crashes, and some players even feel like the game didn't deliver on what the marketing campaign promised. Speaking to Eurogamer, Sony Studios president Shuhei Yoshida said he understands complaints from players who don't feel like they're getting what was promised to them.

"I understand some of the criticisms especially [creator] Sean Murray is getting, because he sounded like he was promising more features in the game from day one," Yoshida said."It wasn't a great PR strategy, because he didn't have a PR person helping him, and in the end he is an indie developer." Indeed, No Man's Sky is one of the most massive "indie" releases of all time, and it's plausible that Murray simply got overwhelmed with the work as his game got bigger and its release became more and more anticipated by players.

Regardless of some unhappy players, Yoshida is still happy with the game overall and is glad it's on Sony's platform. "I am super happy with the game actually, and I'm amazed with the sales the game has gotten," he said. But Yoshida has also had to deal with lots of customers unhappy with the game who wanted to return it, so even if it's selling well, it's far from a runaway success for Sony.

In this article: av, gaming, nomanssky, playstation4, ShuheiYoshida, sony
All products recommended by Engadget are selected by our editorial team, independent of our parent company. Some of our stories include affiliate links. If you buy something through one of these links, we may earn an affiliate commission.