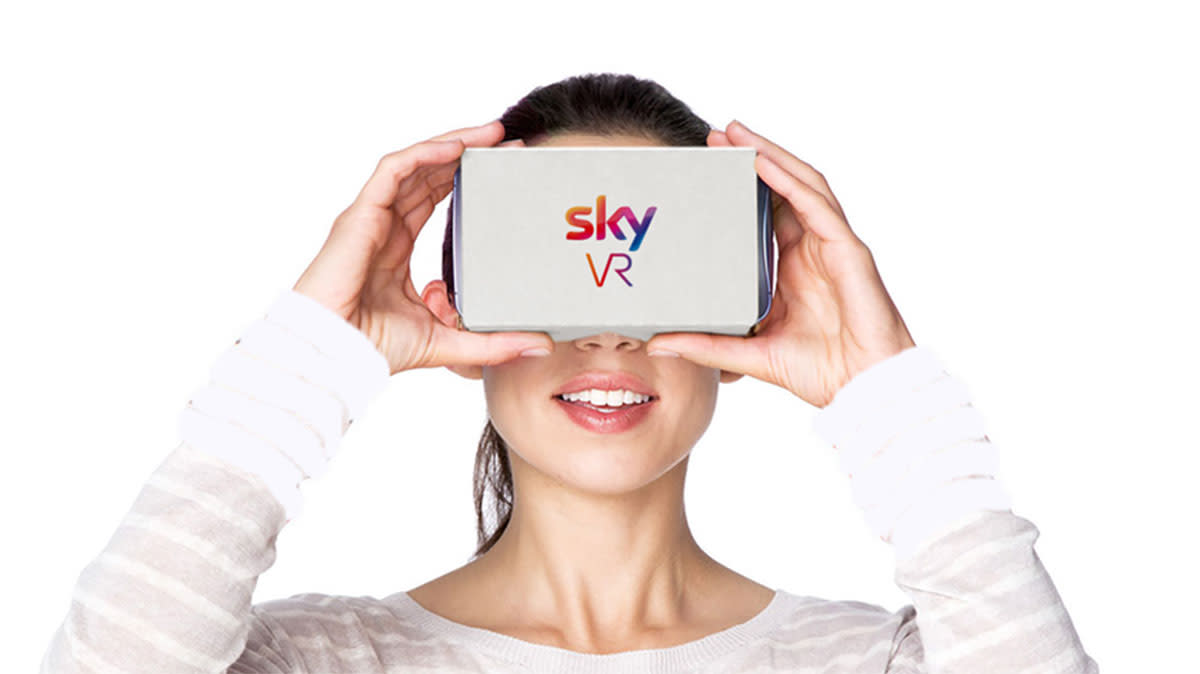 Sky has announced that it's launching Sky VR, a mobile virtual reality app that'll showcase the best of the company in 360-degree video. Viewers will be able to catch, for free, snippets of sporting events as well as promotional content from movie studios, including Star Wars: Red Carpet. The broadcaster will also be producing original content for the platform, including Sky Sports: Closer with David Beckham. Closer acts as a showcase of sorts, with Beckham introducing clips from an Anthony Joshua fight and trackside at Silverstone.

Given the broadcaster's ever-closer ties to arts programming, it's also no surprise to see that it'll also commission a 360-degree version of Giselle from the English National Ballet. Across the autumn, the company will shoot more clips including news broadcasts from the US elections. You'll also be able to enjoy The Martian: Sneak Peek, a 30-minute VR experience on Mars designed to pimp the Matt Damon movie of the same name.

Should you want to demonstrate your full loyalty to Sky's brand, head on down to the O2 from October 20th to get a Sky-branded Google Cardboard viewer. It'll work on iOS and Android handsets as well as the Gear VR and Oculus Rift, and is available in the UK, Italy, Germany, Austria, Australia, NZ and the US.

In this article: av, entertainment, gear, Sky, SkyVR, video, VR
All products recommended by Engadget are selected by our editorial team, independent of our parent company. Some of our stories include affiliate links. If you buy something through one of these links, we may earn an affiliate commission.