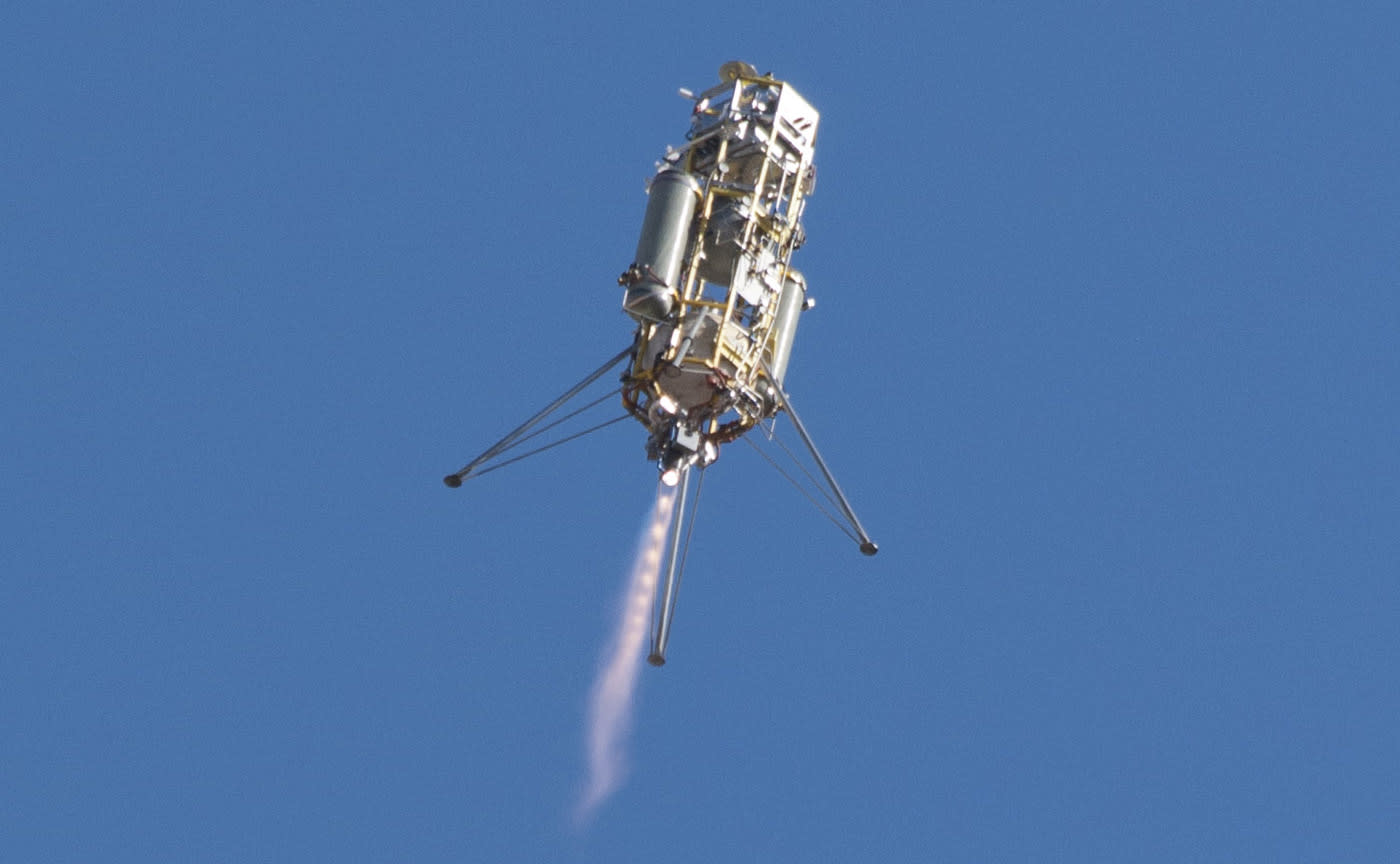 The Curiosity and NASA's other Mars rovers had to look for wide-open and flat landing locations to be on the safe side. Mars 2020, however, will have a camera-based navigation system capable of assessing terrains and reacting to potential hazards on the fly, allowing the rover to touch down on complex surfaces its predecessors have yet to explore. That camera is officially called Lander Vision System (LVS), and NASA has recently begun testing its capabilities. The space agency placed it aboard the flight test of an experimental rocket built by Masten Space Systems, a California-based aerospace startup. To be precise, LVS flew as part of a landing technology dubbed the Autonomous Descent and Ascent Powered-flight Testbed.

LVS guides a spacecraft's landing by taking pictures of what's directly below it as it descends. It then compares what it sees to its onboard map, detecting its precise location and determining whether it's in danger of, say, smashing against a boulder or landing too close to a cliff. If it detects anything that could jeopardize the rover's safety, the system steers it towards somewhere that's safer to land.

By the end of the test flight, LVS was successfully able to guide Masten's rocket back to the ground. Andrew Johnson, who serves as the project's principal investigator, said they were able to "show a closed loop pinpoint landing demo that eliminated any technical concerns with flying the Lander Vision System on Mars 2020" during the test. By starting its journey from locations its older siblings weren't able to go to, Mars 2020 would be able to beam back new data and photos of the red planet more interesting than what we're used to seeing today.

In this article: landervisionsystem, mars, mars2020, nasa, rover, science, space
All products recommended by Engadget are selected by our editorial team, independent of our parent company. Some of our stories include affiliate links. If you buy something through one of these links, we may earn an affiliate commission.