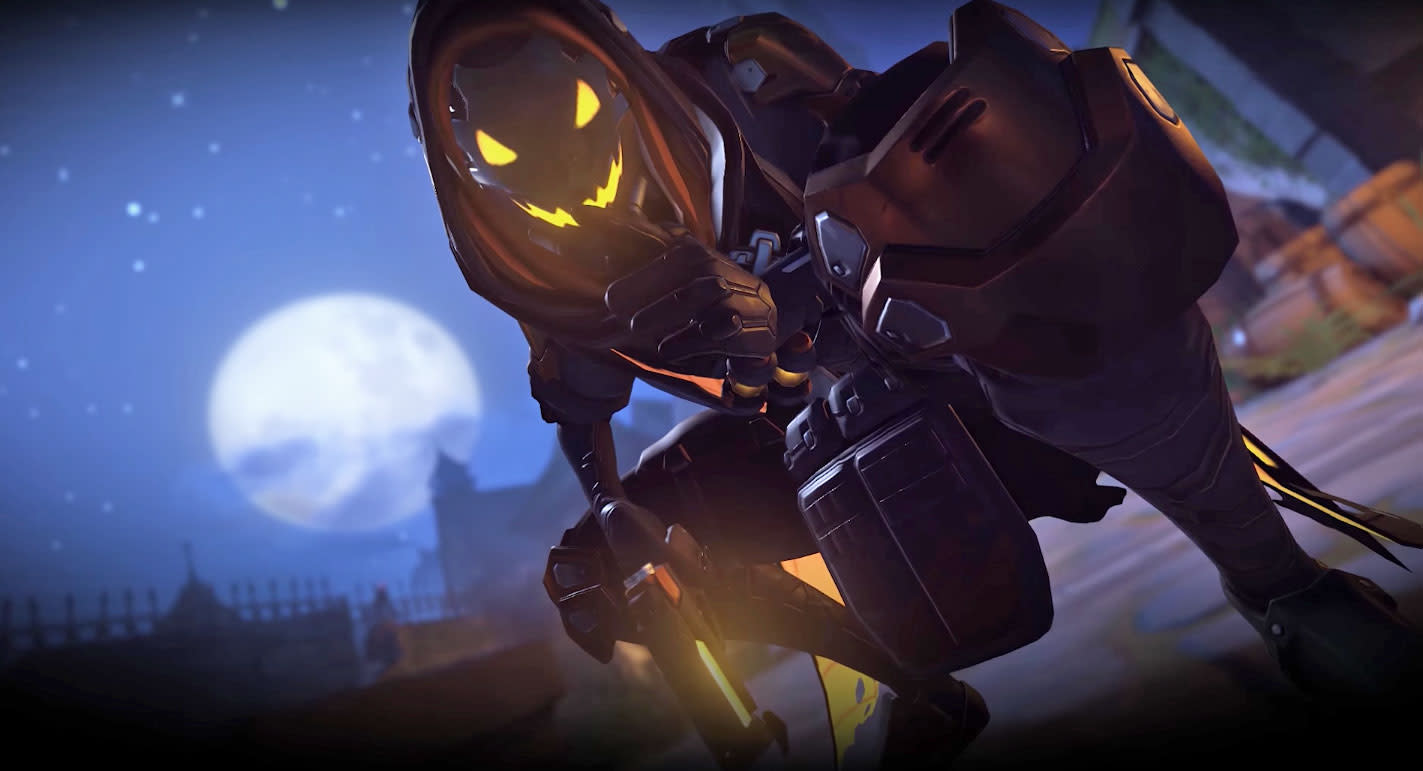 If the buzz around the Olympics wasn't enough to get you spending cold hard cash on a bunch of Summer Games Loot Boxes, Blizzard hopes its Halloween-themed Overwatch event might do the trick. After weeks of small leaks raised the possibility of a second themed event, today the company revealed Overwatch Halloween Terror, which is live now through November 1st across PC, PlayStation 4 and Xbox One. The event features maps decked out with spooky accessories, plus it introduces the game's first-ever PvE mode, Junkenstein's Revenge.

Through November 1st, all Loot Boxes in Overwatch are jack-o-lanterns stuffed with themed goodies, including icons, sprays, victory poses, emotes and some seriously cool-looking skins. All the items are yours to keep forever.

In Junkenstein's Revenge, the PvE mode, four players defend Adlersbrunn castle against hordes of enemies including Dr. Junkenstein, his Monster, the Reaper and a "mysterious witch." Players are able to choose among just four heroes in this mode: the Alchemist (Ana), the Archer (Hanzo), the Gunslinger (McCree), or the Soldier (Soldier: 76).

Note that the Halloween reveal doesn't include any information about Sombra, a new hero that Blizzard has been teasing for months. The latest intel (thanks, Reddit) on Sombra says she's a world-renowned hacker who ended up working with a Mexican gang called Los Muertos before joining Talon.

Earlier, the PlayStation Europe blog confirmed DLC that includes four Halloween Loot Box sizes, which cost $2 for two and ramp up to $40 for 24. They'll go live on October 12th and are expected to be available until November 1st.

In this article: av, blizzard, gaming, halloween, lootboxes, overwatch
All products recommended by Engadget are selected by our editorial team, independent of our parent company. Some of our stories include affiliate links. If you buy something through one of these links, we may earn an affiliate commission.