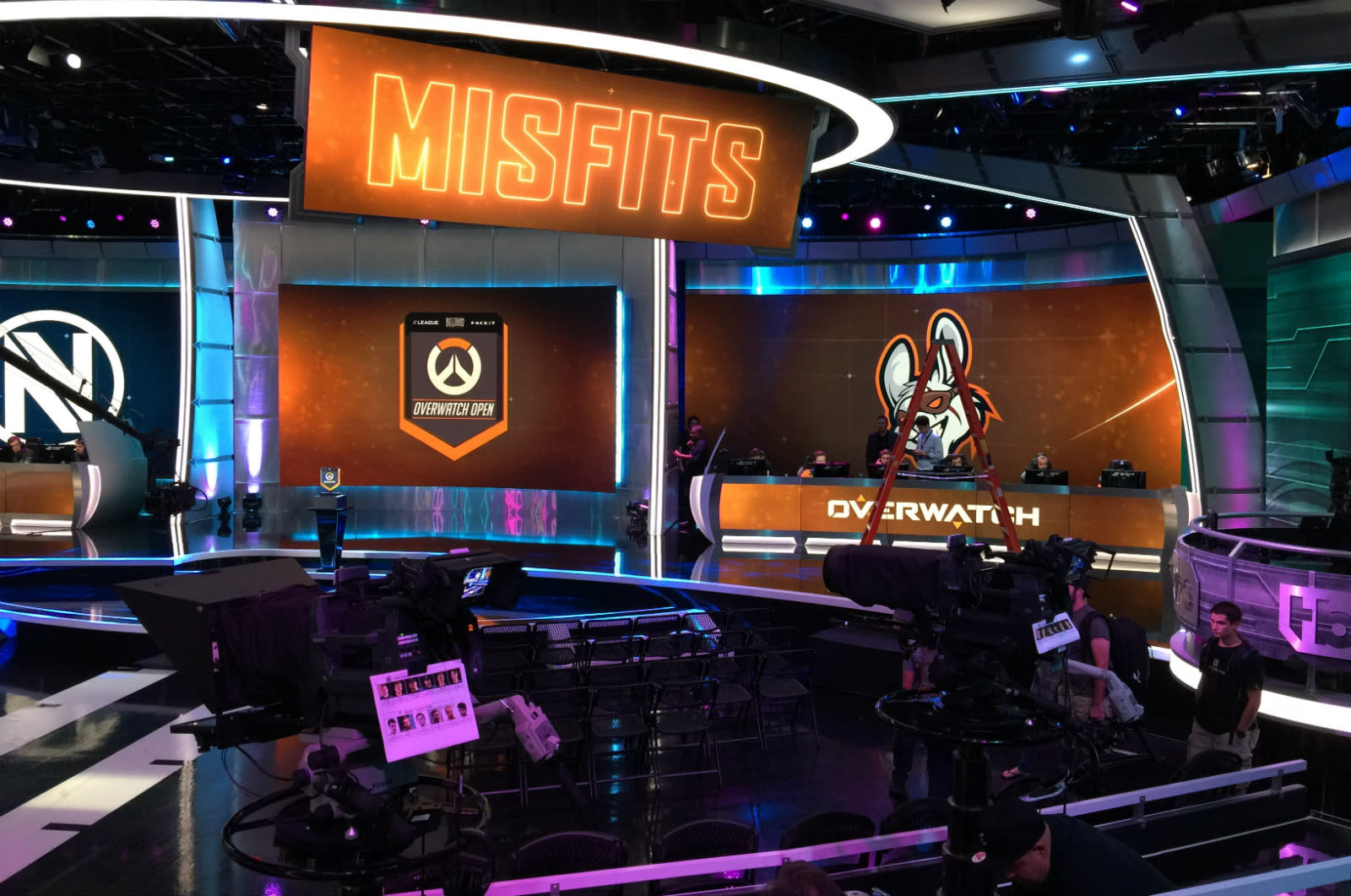 This is how your parents will watch esports

Christina Alejandre ended up chatting with UFC President Dana White backstage at the Turner Studios in July, just before the final game of ELEAGUE's debut Counter-Strike: Global Offensive season. As VP of esports and ELEAGUE at Turner Sports, Alejandre was pivotal in producing that first season, and she told White how excited she was for the final game, which would be broadcast live on TBS. It was more than excitement, she explained; something more powerful was pulsing through her veins.

White knew exactly what she was trying to describe.

"There are very few people in this world who can identify exactly what you're saying," Alejandre remembers White saying. "What you're feeling is the first time that I saw UFC on Fox."

UFC has been a household name for years now, and esports are on a similar path. Alejandre is one of the most influential esports shepherds in the business, as she's working to make professional gaming as visible on television as traditional sports. She works for Turner Sports, where she helped establish ELEAGUE, the first US esports league to stream directly to television in a regular, predictable schedule, just like football, baseball or, of course, UFC matches. ELEAGUE started in 2016 as a competitive CS:GO league, airing games on TBS every Friday night for three months straight over the summer. The final game took place on July 30th, handing out more than $500,000 to the top teams. Already TBS has started preparing for season two, which kicks off Oct. 21st, and for the ELEAGUE Major, a prestigious tournament sponsored by CS:GO developer Valve. This will be the 10th Major tournament ever held, and Turner Sports was selected to host after completing just one three-month CS:GO season. That's a huge accomplishment for Alejandre.

"It's almost unprecedented that they would have chosen us, because they choose a lot of other big companies that have been around a long time, and they have done amazing work with their stuff, so for us to get chosen was -- it was a little bit humbling," she says. "We're just very, very, very excited that it happened."

ELEAGUE isn't all CS:GO, all the time. Turner and its ELEAGUE partner WME IMG just wrapped up the first professional Overwatch tournament to ever hit television, the Overwatch Open. The grand finals were televised live on TBS on Sept. 30th, filmed live in front of a sold-out audience.

The television aspect is crucial to Turner Sports' success as an esports trailblazer. Professional gaming has infiltrated the online world via communities like Reddit and live-streaming sites like Amazon's Twitch. Online, you can build a fantasy League of Legends team just as easily as a fantasy NFL team. But on television, esports are just starting to make themselves known. Imagine the following scenario: A teenager and his parents are seated around the television on a Friday night. It's 10PM and ELEAGUE is on TBS, airing a professional Overwatch match. Flipping through the channels, the screen pauses on TBS and the teenager says, "This is that game I was telling you about, the one that people play professionally. For money. I told you it was real!" And instead of shrugging off what clearly sounds like a young gaming nerd's unrealistic dream, the parents can see the action first-hand, complete with a fancy studio, excited audience, professional players and dynamic shout-casters explaining what's happening on the screen. It suddenly becomes more real.

This is happening, Alejandre says. She sees stories on forums and social media about young people sitting down with their folks and watching esports every Friday night. It's becoming a ritual for some families, she says, just like Monday Night Football. Something similar even happened with her own parents.

Alejandre has worked in video games for nearly two decades, most recently at Warner Bros. and esports company ESL. Her parents have never fully understood what she does, and her move into esports was even more confusing for them. Televised esports helped legitimize Alejandre's career. That's one reason the final game of ELEAGUE's first season hit her so hard on an emotional level. She was standing on the edge of a new endeavor that allowed her to show the world how much passion, energy and humanity there was in professional gaming -- things she'd seen and felt for years, but couldn't accurately demonstrate to outsiders, including her parents. Television helps introduce esports to people who would never otherwise see a game.

"For me, who's been struggling to tell my parents what I've been doing and legitimize my career, to see that happening, it was immensely gratifying," Alejandre says.

But TBS didn't decide to enter the esports industry just to bridge the divide between video game-loving teenagers and their parents. One of the main reasons TBS dived into esports so hard this year was because it was rebranding and re-establishing its internal goals. Specifically, the Turner crew wanted to tap into the most coveted demographic, 18- to 35-year-olds. That happens to be esports' sweet spot.

In the US, 69 percent of all esports viewers are between the ages of 18 and 34, according to Superdata Research. Worldwide, esports attracted nearly 214 million viewers throughout 2016, with that figure expected to surpass 300 million by 2019. The industry is expected to bring in more than $1 billion in 2017.

With that kind of potential audience and money on the table, ELEAGUE isn't going to settle for just two games and a few tournaments a year. CS:GO will always be a part of TBS's esports lineup, Alejandre says, but it's planning to add more games next year.

Overwatch Open analyst and professional StarCraft II player Chris "Huk" Loranger -- he's one of the people who hosted the grand finals live on TBS -- says that esports aren't that different than traditional sports, and it makes perfect sense for ELEAGUE to exist right now. "It's a natural progression for how popular video games are as a hobby," Loranger says. "Most traditional sports were, at one point, a hobby, and they just developed to where they are now, and that's basically where esports is."

The Turner esports crew works closely with other leagues and organizations, scheduling tournaments so that they don't conflict with one another and trying to make things as easy as possible on players and coaches. On a macro level, esports are fairly disorganized; the industry grew so quickly that it now lacks a regulating body that oversees the well-being of people involved, let alone the industry as a whole. However, organizations like the World Esports Association and the Professional Esports Association are attempting to remedy these oversights.

One of Alejandre's main goals with ELEAGUE is for Turner Sports to remain authentic to the esports space: She doesn't want Twitch viewers to switch on TBS and feel like they're being disparaged or exploited. She was nervous when she took the Turner esports job in February -- she'd worked in professional gaming for years and she knew how easily executives could change their minds or misunderstand the industry entirely.

"This is a legitimate sport, and maybe it doesn't have the physicality of a traditional stick-and-ball sport, but make no mistake, this is an intellectual sport," Alejandre says. "I think we've been able to kind of provide that exposure that can show [new people] this requires an insane amount of skill. I think esports has kind of arrived and we're now pushing forward."