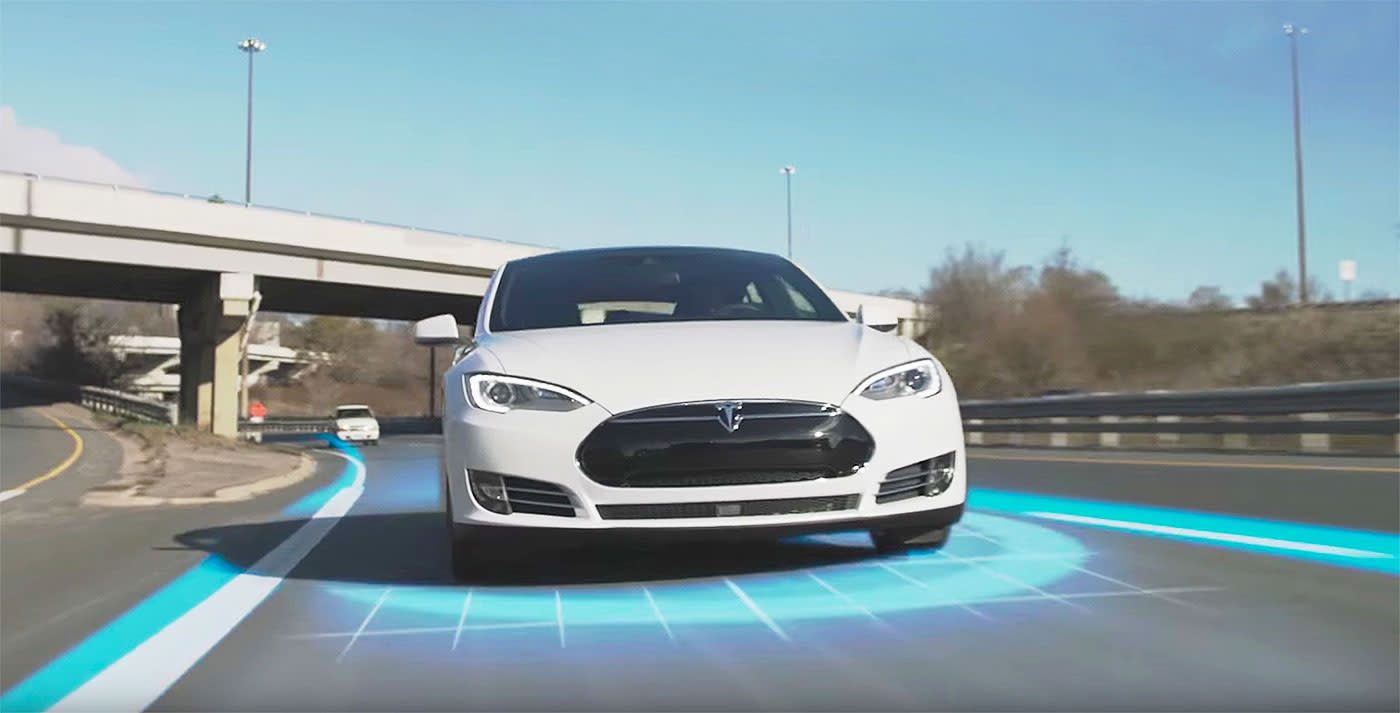 Just days ago, Germany's Federal Motor Authority sent letters to Tesla owners warning them that their cars' "Autopilot" feature is strictly there for driver assistance, not driver replacement. As it turns out, those letters were just the opening salvo. According to a report from Reuters, the German government is asking Tesla to stop using the term "autopilot" in its advertising entirely out of concerns that people misinterpret its purpose.

To be absolutely clear, your Tesla will not drive you around town on its own... yet. A Tesla spokesperson maintained that the word "autopilot" has been used in the aerospace industry for years in reference to systems that assist pilots in flight, and that the company has always been clear that people still have to pay attention to the road.

Still, it's not hard to see what German authorities are concerned about. After all, Tesla is clearly heading down the self-driving path: CEO Elon Musk said last year that he was aiming to have fully autonomous cars ready in 2018, though he later seemed to shy away from his claim. It's completely feasibly to expect that some people, especially those who don't follow advances in technology as closely as we do, could get a little confused. Thanks to near-constant coverage and announcements, it's pretty common knowledge that Teslas can auto-steer to keep the cars running at a steady speed in the same lane, automatically change lanes when the turn signal is engaged and parallel park by themselves.

With any luck, some new changes to Tesla software should help make things more clear. An update issued last month disables the Autopilot mode if the driver keeps removing their hands from the wheel. It's also worth noting that domestic authorities are probably keeping a close eye on Tesla's response to this situation; a draft regulation released by California's Department of Motor Vehicles in September prohibits advertising cars that can sort of drive themselves a la Teslas as "autonomous" or "self-driving."

In this article: auto, autopilot, autosteer, cars, gear, germany, selfdriving, selfdrivingcar, software, tesla, transportation
All products recommended by Engadget are selected by our editorial team, independent of our parent company. Some of our stories include affiliate links. If you buy something through one of these links, we may earn an affiliate commission.