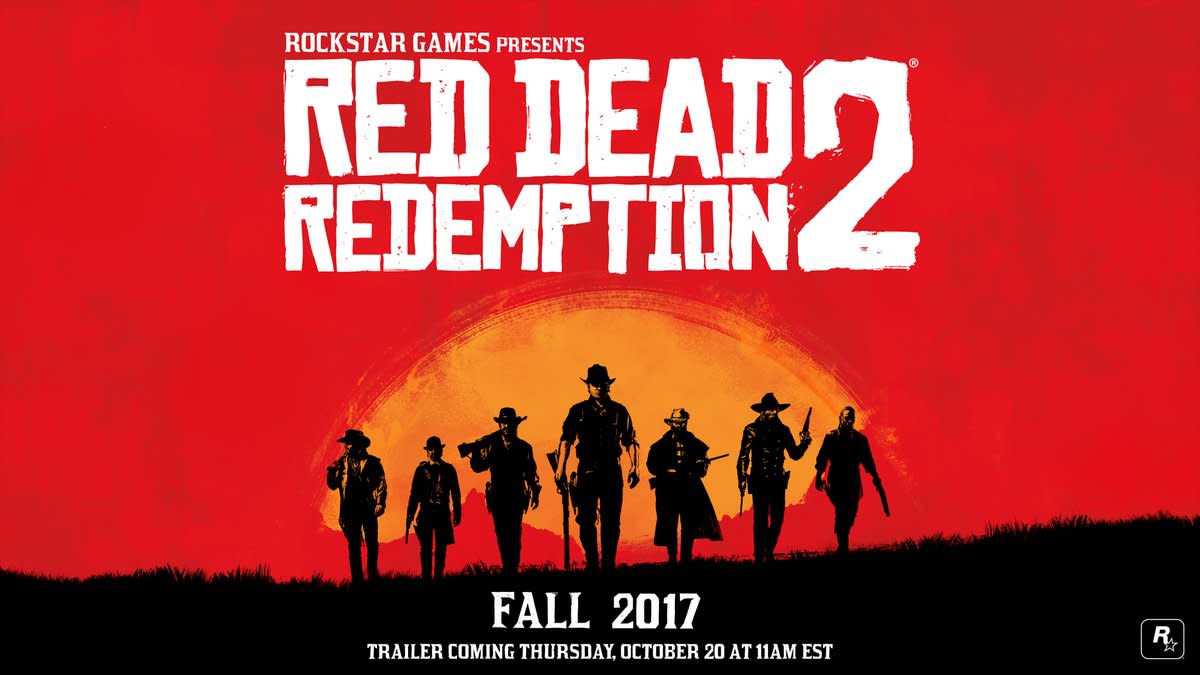 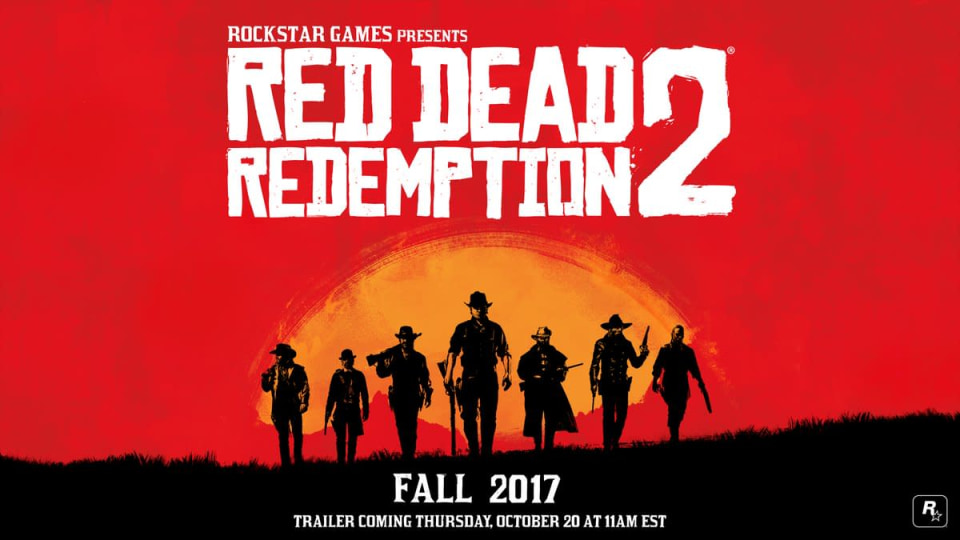 Grand Theft Auto developer Rockstar has been teasing a new Red Dead game in recent days, and we now know what it is: Red Dead Redemption 2. The third game in the series, it's described as "an epic tale of life in America's unforgiving heartland."

Where the story will pickup from is unknown. Given the events of the first Redemption, it's likely to be a prequel. The only promotional imagery we have so far is of a band of seven characters against a sunset -- with the central figure looking a lot like the series' protagonist, John Marston. But if it is a prequel, why call it Redemption 2? Are we maybe looking at a relative, or an all-new character? We'll hopefully have some answers on October 20th, when a trailer drops at 11AM ET.

As well as the expected single-player mode, Rockstar says "the game's vast and atmospheric world will also provide the foundation for a brand new online multiplayer experience." The game is due out in fall 2017 for PlayStation 4 and Xbox One -- there is no mention of PC support anywhere in the promotional material.

In this article: av, gaming, microsoft, playstation, playstation4, reddead, reddeadredemption, reddeadredemption2, rockstar, sony, xbox, xboxone
All products recommended by Engadget are selected by our editorial team, independent of our parent company. Some of our stories include affiliate links. If you buy something through one of these links, we may earn an affiliate commission.