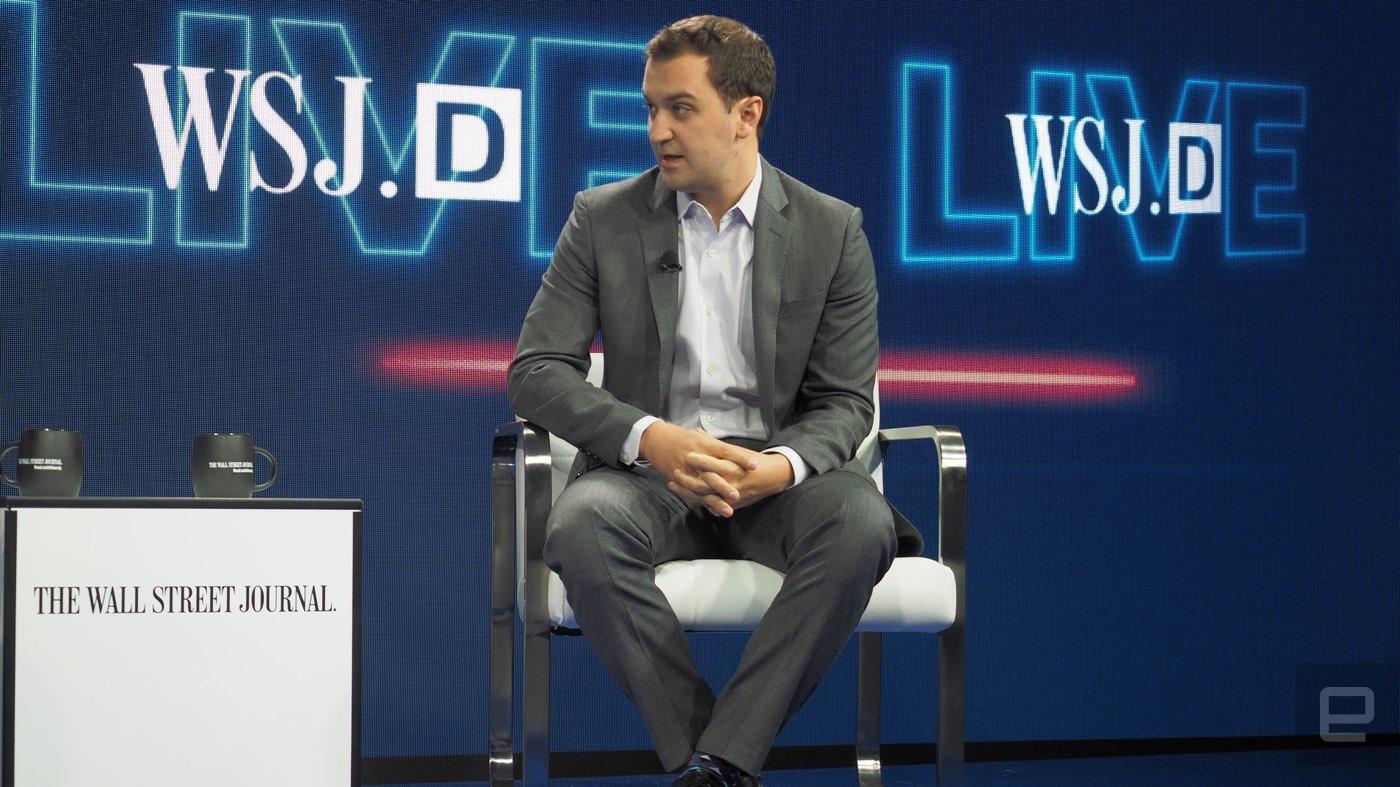 Lyft's pink mustache could be going away. In an interview at WSJD Live, co-founder and CEO John Zimmer teased that the company's iconic colorful facial hair could be replaced in favor of a new logo, which he wouldn't reveal. He also said that Lyft had 17 million rides this past October, and even though that's not as good as Uber's 40 million monthly rides, it's still a sign of rapid growth. For reference, Lyft reported just 7 million rides last December.

Zimmer also talked a bit about monthly Lyft subscriptions, which it's currently testing in a few markets. "You'll subscribe to Lyft just like you subscribe to Spotify," he said. You could pay $20 up front, and every Lyft Line ride would then be $2 each, for example. This is similar to Uber's own test of a $79 "unlimited commute card" for its UberPool service in New York City.

"In the next ten to twenty years, car ownership will be irrelevant," said Zimmer. This will be especially apparent once the cost of taking a Lyft is less than the cost of ownership. The rise of autonomous driving could contribute to that, he said. "The price point could come down to something like $5."

Though Zimmer said Lyft is focused on building out its network right now, he added that he's optimistic about the future of self-driving rideshares. Noting the company's partnership with GM, he said that autonomous cars will be a critical turning point in the industry.

"In five years, the majority of Lyft rides will be done autonomously," he said.

Notably too, while Zimmer was on stage he took the opportunity to deny rumors that Lyft reportedly tried to sell itself to suitors like Apple and Uber. "We were never up for sale," he said.

In this article: gear, johnzimmer, lyft, transportation, wsjdlive, wsjdlive2016
All products recommended by Engadget are selected by our editorial team, independent of our parent company. Some of our stories include affiliate links. If you buy something through one of these links, we may earn an affiliate commission.