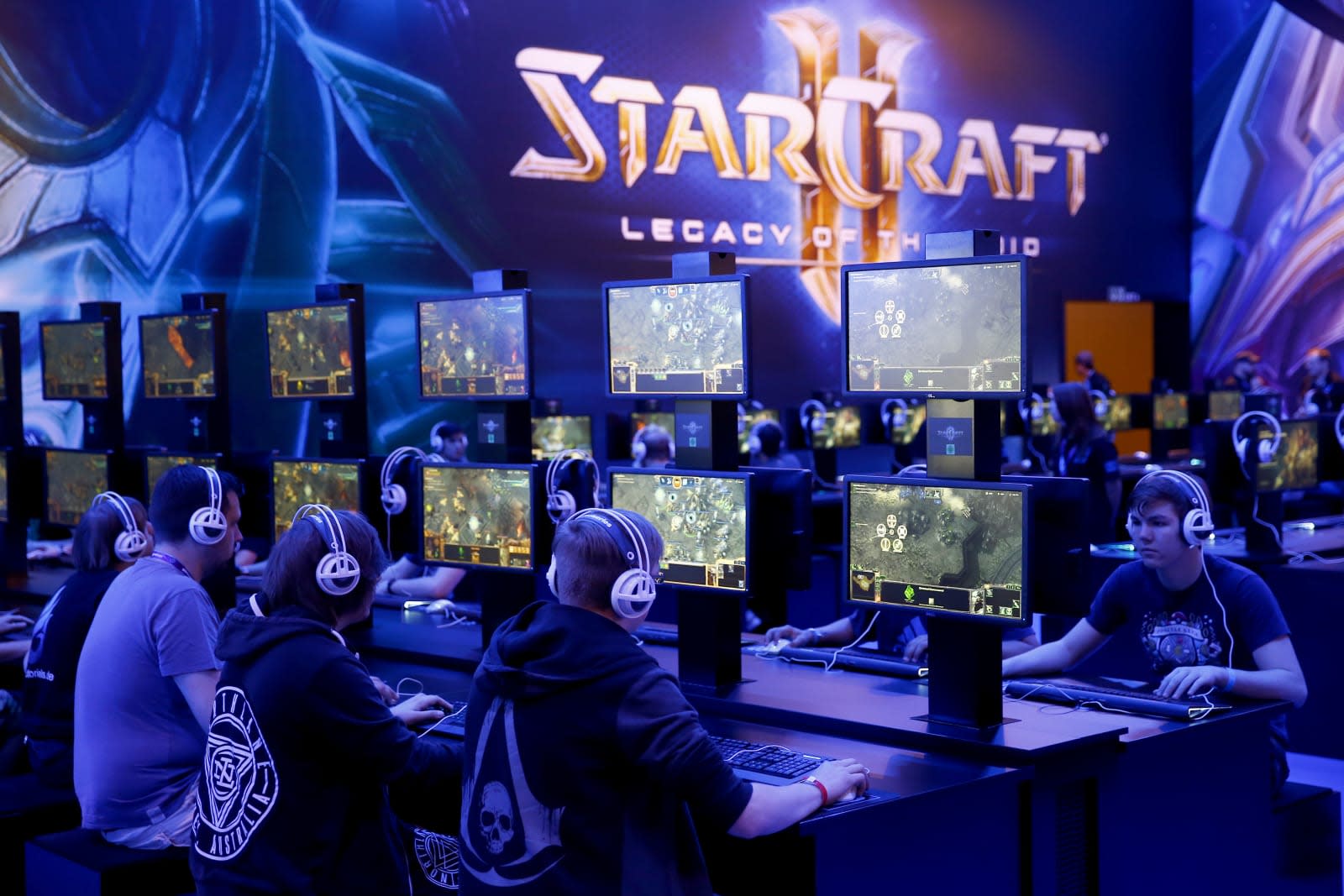 Google's Deepmind AI has already learned how to best humans at Go, but now Deepmind's resources will be pointed at an entirely different game: Starcraft II. Blizzard just announced at Blizzcon that it is partnering with Google to open up Starcraft II as a research platform for those building AI programmers. "Blizzard will release an API early next year that will allow researchers and hobbyists around the world to build and train their own AI agents to play Starcraft II," said Oriol Vinyals, a research scientist at Google DeepMind.

Rather than Google building an unstoppable Starcraft II machine on its own, Blizzard wants to give anyone the change to build their own AI bot using the upcoming API. Essentially, this framework serves as a testing ground for building and training new AIs -- it could lead to better AI in Starcraft II itself, or we could see better AI player coaches, or maybe just an unbeatable AI bot. "There's still a long way to go, but maybe we'll even see an agent take on the BlizzCon champion in a show match," Vinyals said.

But this could have effects that go far beyond just Starcraft II. "On a broader scope, these advancements we make in Starcraft might help us when we apply them to the real world challenges we face in science, energy, and other human endeavors," Vinyals said. Indeed, in a blog post announcing the partnership, Google Deepmind notes that the complexity of Starcraft II makes it "useful bridge to the messiness of the real-world."

Of course, what Google and Blizzard find from this partnership remains to be seen, but games have already proven to be great AI trainers, so we expect that we'll see some big AI improvements from this partnership -- it just might take a while. "We're still a long way from being able to challenge a professional human player at the game of StarCraft II," the Deepmind team says in its blog.

In this article: AI, blizzard, BlizzardEntertainment, Blizzcon2016, deepmind, gaming, google, robots, starcraft2
All products recommended by Engadget are selected by our editorial team, independent of our parent company. Some of our stories include affiliate links. If you buy something through one of these links, we may earn an affiliate commission.