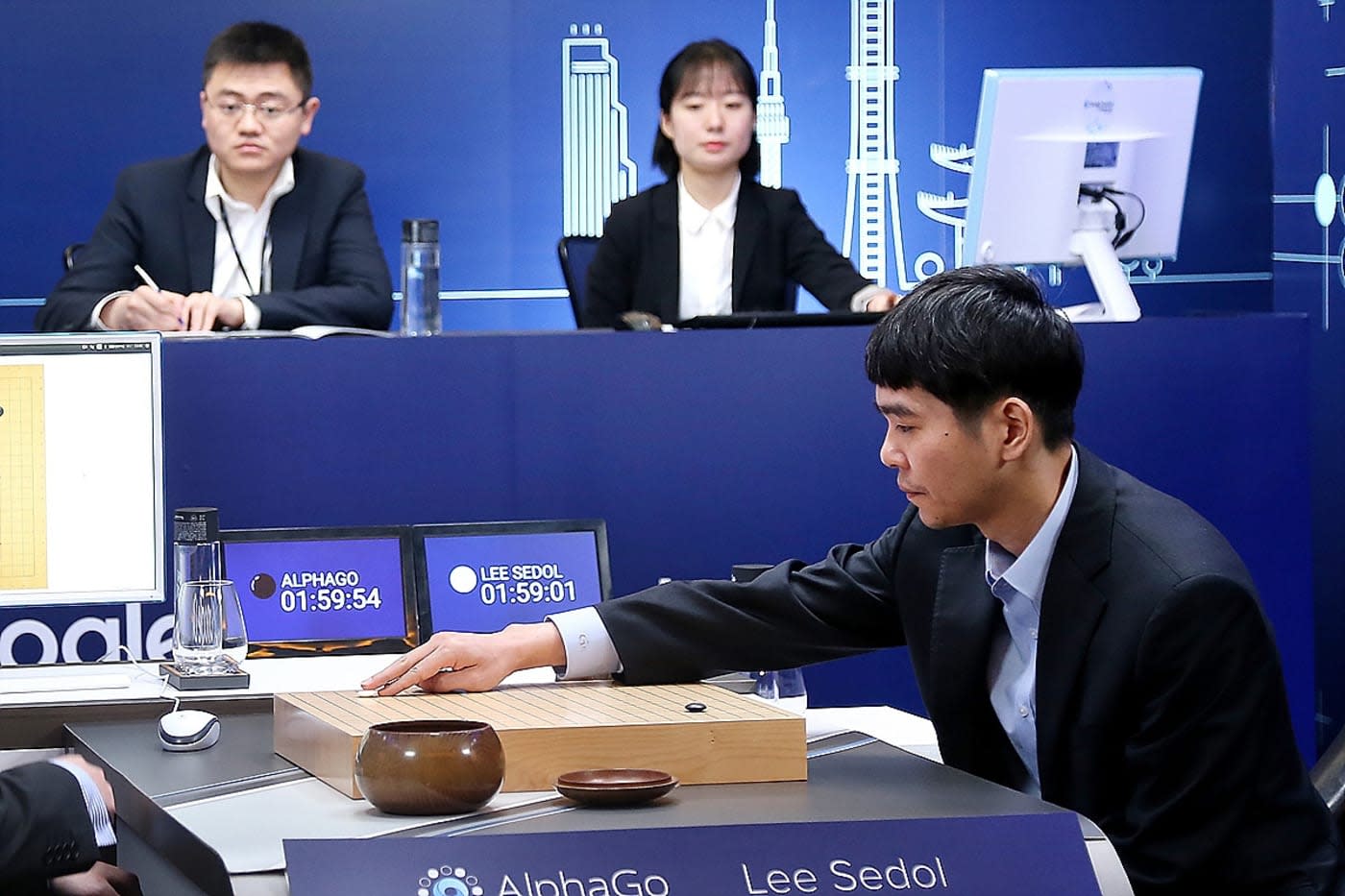 By nabbing three straight wins to kick off a five match series, the Google DeepMind AI program AlphaGo established itself as a more than worthy adversary for legendary Go player Lee Sedol. Sedol rebounded, winning the fourth match Sunday after he pushed AlphaGo to make a mistake on move number 79. Even after the loss, AlphaGo has received an honorary "ninth-dan" rating (the same rating that Lee has earned as one of the game's top players) by South Korea's top Go federation, the Korea Baduk Association. Now, the two will square off for a fifth and final match at the Four Seasons hotel in Seoul. The match is scheduled to begin at midnight ET (you can watch the stream here or embedded below), and it will be interesting to see who maintains an edge after four games.

Update: Lee Sedol has resigned, giving AlphaGo the final game and a 4-1 overall victory in the match. However, both played strongly and the final game was by far the best in the match. Google's AI program actually made a serious "blind spot" error similar to the one that cost it the fourth game. However, it quickly collected itself and played nearly error-free after that. Sedol also played well, but AlphaGo chipped away at his lead and took the match after it went into tense "endgame" state.

In this article: AI, AlphaGo, DeepMind, Go, google, LeeSedol, MachineLearning, robots, science, video
All products recommended by Engadget are selected by our editorial team, independent of our parent company. Some of our stories include affiliate links. If you buy something through one of these links, we may earn an affiliate commission.