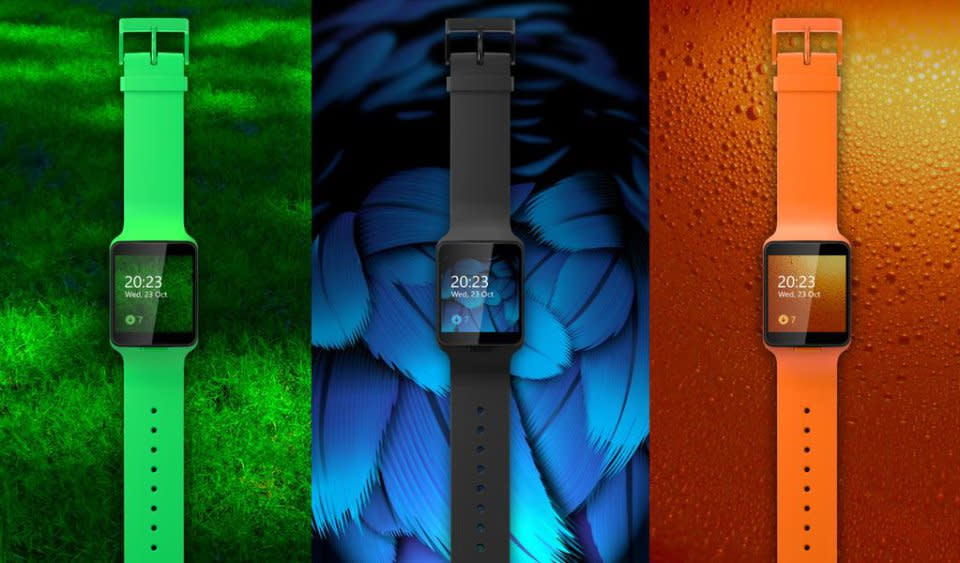 After Microsoft acquired Nokia's phone business, it shelved the Moonraker smartwatch that the phone maker had been working on in favor of its own Band device. The Microsoft Band wasn't able to make a lasting impression and it too was discontinued last month. When word of the Moonraker broke last summer, we had little more than an image and a few details on the watch's basic functionality. Thanks to Nokibar on YouTube, we now have a look at the gadget in action.

In the hands-on video, Nokibar swipes through the Moonraker's interface to show features like the pedometer alongside missed calls and text messages with access to Facebook, email and MixRadio. There's also a button on the device that switches between a regular watch face and the smartwatch UI. Like many similar devices, the charging port is on the back.

Now that Microsoft canceled the Band 3, it appears the company is choosing to focus on PCs and its AR/VR projects rather than wearables. At last month's event, the focus as the massive Surface Studio all-in-one and an upgraded Surface Book. Microsoft also showed off the first VR-ready Windows 10 phone, the Alcatel Idol 4S, with news that it was also working with Dell, Acer, HP, ASUS and Lenovo on $300 handsets.

In this article: cancelled, gear, microsoft, moonraker, smartwatch, wearables
All products recommended by Engadget are selected by our editorial team, independent of our parent company. Some of our stories include affiliate links. If you buy something through one of these links, we may earn an affiliate commission.