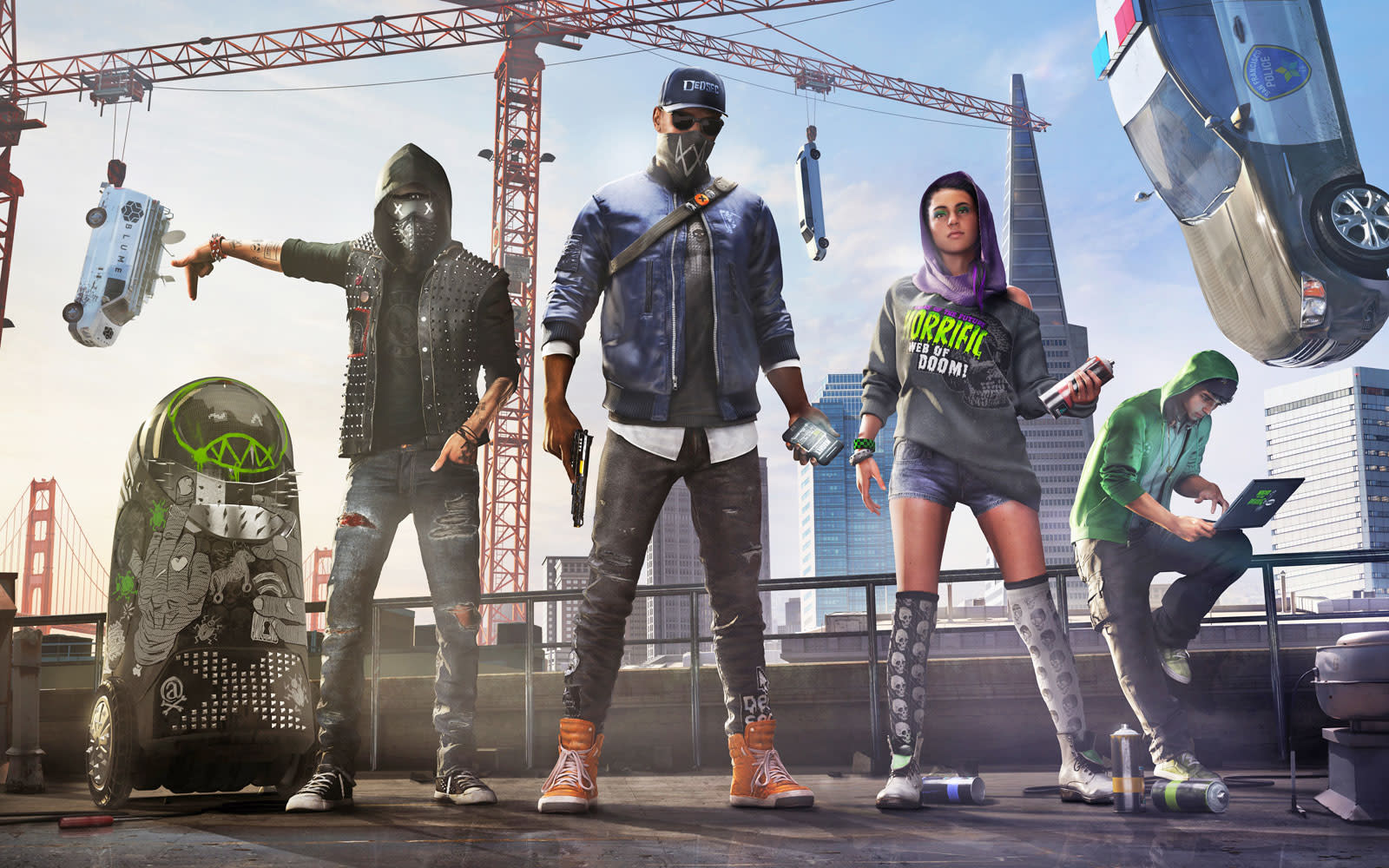 Ubisoft might pride itself on Watch Dogs 2's plausible game world, but it looks like the open world title might be a little too realistic... and one player is paying the price for it. Sony suspended NeoGAF forum member Goron2000 from the Sony Entertainment Network (including PSN) after he discovered that at least one of the female character models in the game has a fully rendered vagina. It's not exactly necessary in a hacking-themed action title where intentional nudity is very rare, is it?

Unlike the "Hot Coffee" scandal that surrounded Grand Theft Auto: San Andreas years ago, this gaffe isn't inaccessible bits of code buried deep within the title's back-end, it's art assets within the final game that seemingly any player could happen upon. According to Sony, the player's decision to share his discovery online (using the PS4's built-in sharing and streaming features, no less) violated SEN guidelines forbidding players from sharing "adult or sexual" content.

Ubisoft has promised to patch the sex organ out of the game, and it's important to note that the temporary ban will last until December 15th. However, the very fact that either happened has left Goron2000 and others scratching their heads. How did this make it past Ubisoft's certification team? And is Sony right to boot a player who was sharing material the publisher/developer inadvertently approved, leaving a black mark on his account?

Sony hasn't responded to our request for comment, but the player at the center of the ordeal tweeted that his PSN privileges have been reinstated as of 7:33pm Eastern.

Sony have undone the suspension. We won! I think? They never admitted fault of course. I want to thank everyone for their support today.

However, the incident highlights the problems with bending over backwards to include sharing features on consoles. If you're going to make it easy to livestream or share photos on Twitter, you shouldn't be surprised if users draw attention to the naughtier material.

In this article: av, culture, gaming, playstation, ps4, psn, sex, sony, ubisoft, vagina, watchdogs2
All products recommended by Engadget are selected by our editorial team, independent of our parent company. Some of our stories include affiliate links. If you buy something through one of these links, we may earn an affiliate commission.