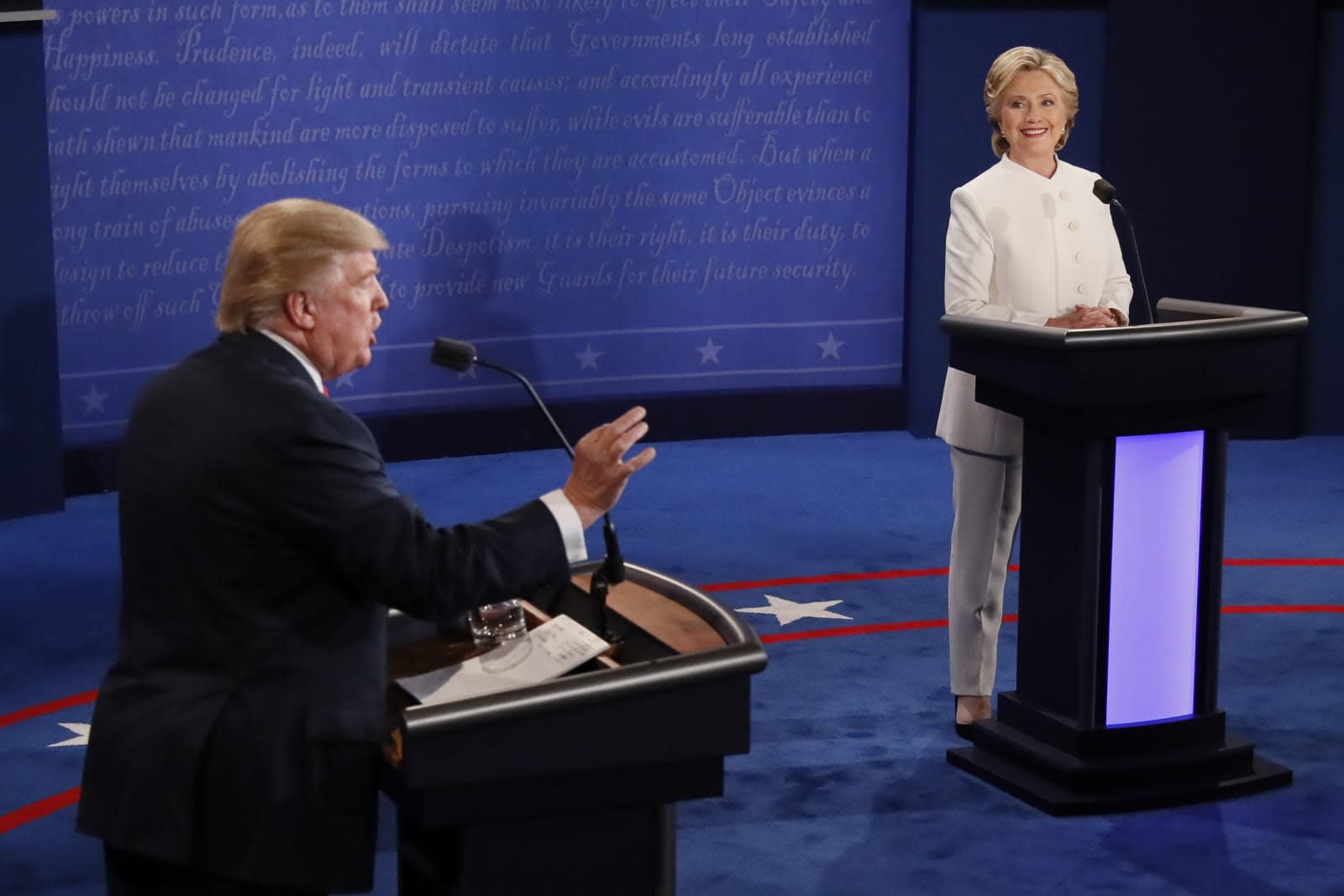 If you believe one study, it's not just fake news that polluted the internet during the US election... it's bogus accounts, too. Researchers at the international Project on Computational Propaganda report that the use of politically minded Twitter bots reached an "all-time high" during the 2016 presidential campaign. Out of 18.9 million studied tweets using political hashtags, 17.9 percent of them came from "highly automated" accounts that post 50 or more tweets per day. That ratio only grew higher during the debates, peaking at over 27 percent during the final Clinton/Trump showdown -- and it conveniently tanked after the election was over.

The findings suggest a strong slant to the automatic tweeting. For every automated pro-Clinton tweet recorded, there were four or more pro-Trump tweets, the researchers say. Also, most of those Trump tweets (up to 81.9 percent) were mixed with pro-Clinton or neutral hashtags. In short: while the Trump campaign had very few official Twitter accounts, its commanding social network presence wasn't limited to Facebook.

With that said, the team is quick to acknowledge that its data collection method is inherently limited. Not all of those prolific Twitter users are guaranteed to be bots, for one. Also, this doesn't include the legions of tweets that didn't include the hashtags or mention candidates by name. And there's the very nature of a large-scale study like this to consider. Although there's a good chance that many of the tweets are exactly as described, it could sometimes be hard to make the distinction between someone discussion a candidate's views and actively endorsing them. Most are likely endorsements, but it's hard to say that's the case for each and every one. The one certainty is that these surges in robotic social networking are unlikely to go away any time soon.

In this article: bot, bots, clinton, culture, donaldtrump, election, election2016, hillaryclinton, internet, politics, socialnetwork, socialnetworking, TL16UGH, TL17TWTRMP, trump, twitter
All products recommended by Engadget are selected by our editorial team, independent of our parent company. Some of our stories include affiliate links. If you buy something through one of these links, we may earn an affiliate commission.