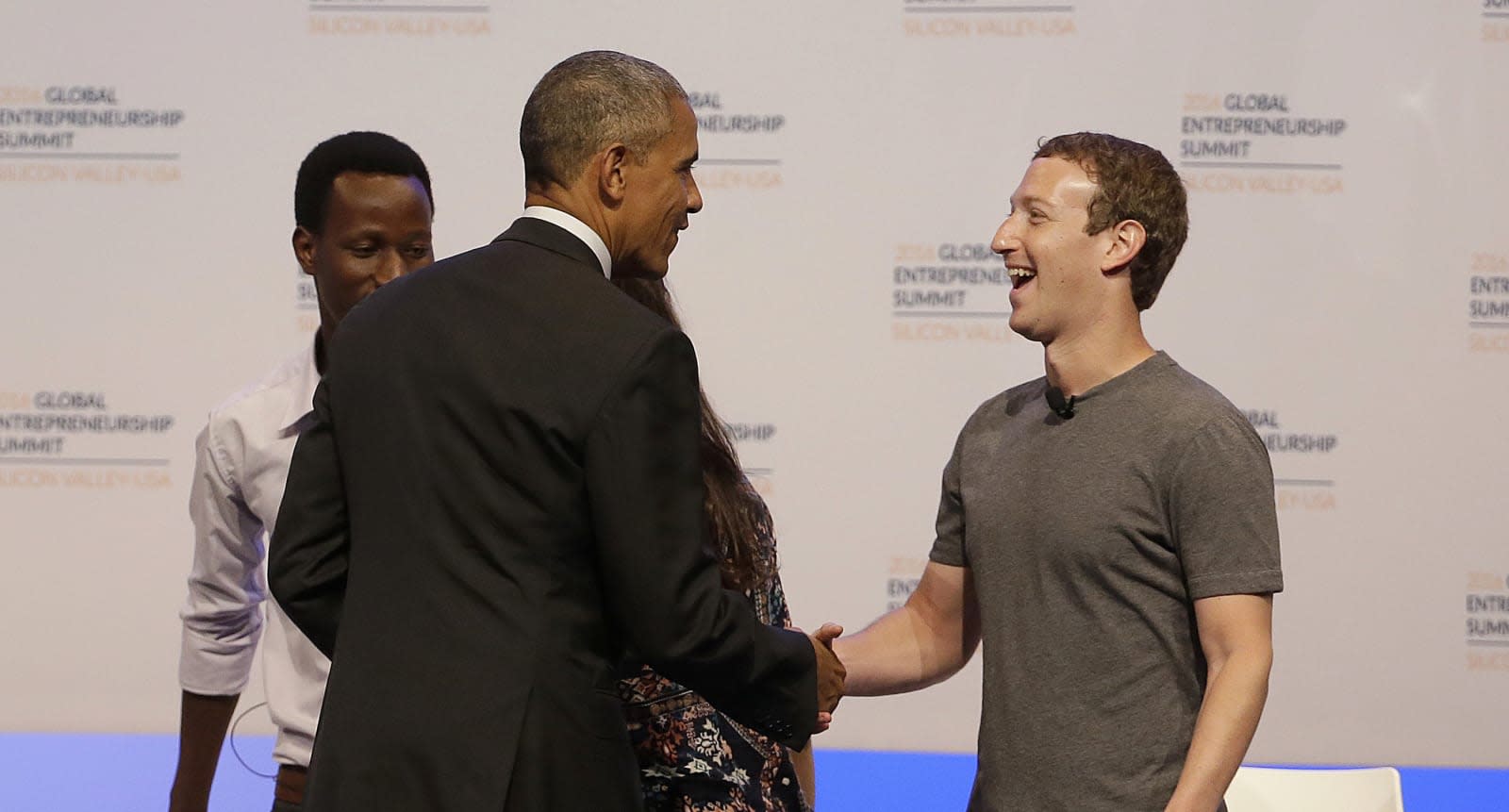 Ever since the end of the presidential election, the spread of rumors, misinformation and outright fake news on social media has been in the spotlight. With even President Obama speaking out about social media's role in pushing propaganda, and some coders taking matters into their own hands with browser extensions, Facebook CEO Mark Zuckerberg posted tonight about what his company is doing. According to Zuckerberg, "We do not want to be arbiters of truth ourselves, but instead rely on our community and trusted third parties."

Last week, Zuck's line was that over 99 percent of content on Facebook is authentic. Now, he still maintains that there is only a "small" amount of misinformation, but outlines seven points describing programs the company is implementing in response. That includes plans we'd previously heard about to cut off income for fake news sites from its advertising program, and making it easier to report fake news stories when they pop up.

Another point that seems easy to implement is raising the bar for posts that pop up in "related stories." The last point listed says Zuckerberg will be listening to journalists about best practices for fact checking, which is good, because we have ideas.

In this article: culture, election2016, facebook, fakenews, internet, MarkZuckerberg, politics, propaganda
All products recommended by Engadget are selected by our editorial team, independent of our parent company. Some of our stories include affiliate links. If you buy something through one of these links, we may earn an affiliate commission.